Editor’s Morning Note: The final month of the third quarter didn’t save the period from being a disappointment.

Twice during the third quarter, Mattermark reported that venture capital activity into United States-based companies wasn’t impressive. Those worries have largely been borne out.

In August, we wrote that if “third quarter [US-based venture activity] continues at its current pace, the next datapoint” on its timer-series graph would be the lowest in some time. The trend was negative, in other words.

And in September, these pages noted that “[v]enture investment into American startups during the third quarter looks very light.” Well, we have a largely complete September in the books now, making it a perfect moment for a historical retrospective.

Well, we have a largely complete September in the books now, making it the perfect moment for a historical retrospective. Let’s take a peek.

According to Mattermark data—using the same methods as with this post, for example—volume of venture investments into companies in the United States fell from the year-ago period, and compared to the sequentially preceding quarter.

This morning, we are going to focus on year-over-year data, comparing per-series venture activity into companies based here in the United States from this September to last. Here’s the list of results:

It’s fair to say that a single month doesn’t mean much. In the venture and startup world, perhaps even a quarter is too short a period to form a clear enough picture of activity with normal bumps and gullies smoothed out.

And perhaps not. A quarter is just the aggregate of three months. In the third quarter of this year, each month had fewer aggregate rounds than their year-ago period. So to highlight one month (we’ll publish our full roundup as soon as I have it done) is a good use of our time.

The pace by which round activity slowed was varied, but it would be too much from this zoomed-in perspective to try to extrapolate larger per-Series trends while looking at a single month.

Hell, we can be fair.

Recently, Mattermark looked into the rate at which companies move from a Seed round, to a Series A, to a Series B, and so forth.

The post confirmed what our fears whispered: That the death rate from one round to the next by technology startups is harrowing. The culling starts steeply from Seed to Series A, and it continues in an incredibly difficult pace of reduction.

For fun, compare the following chart, which shows, in ratio format, the decline in number of round by Series in September: 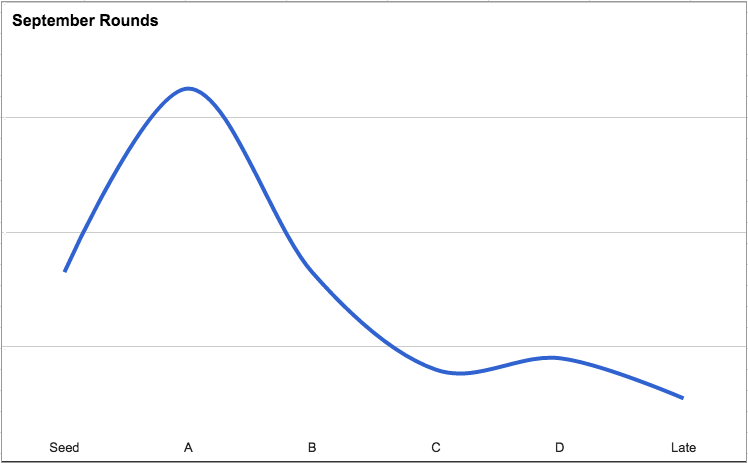 With our preceding chart concerning a broader set of companies over time: 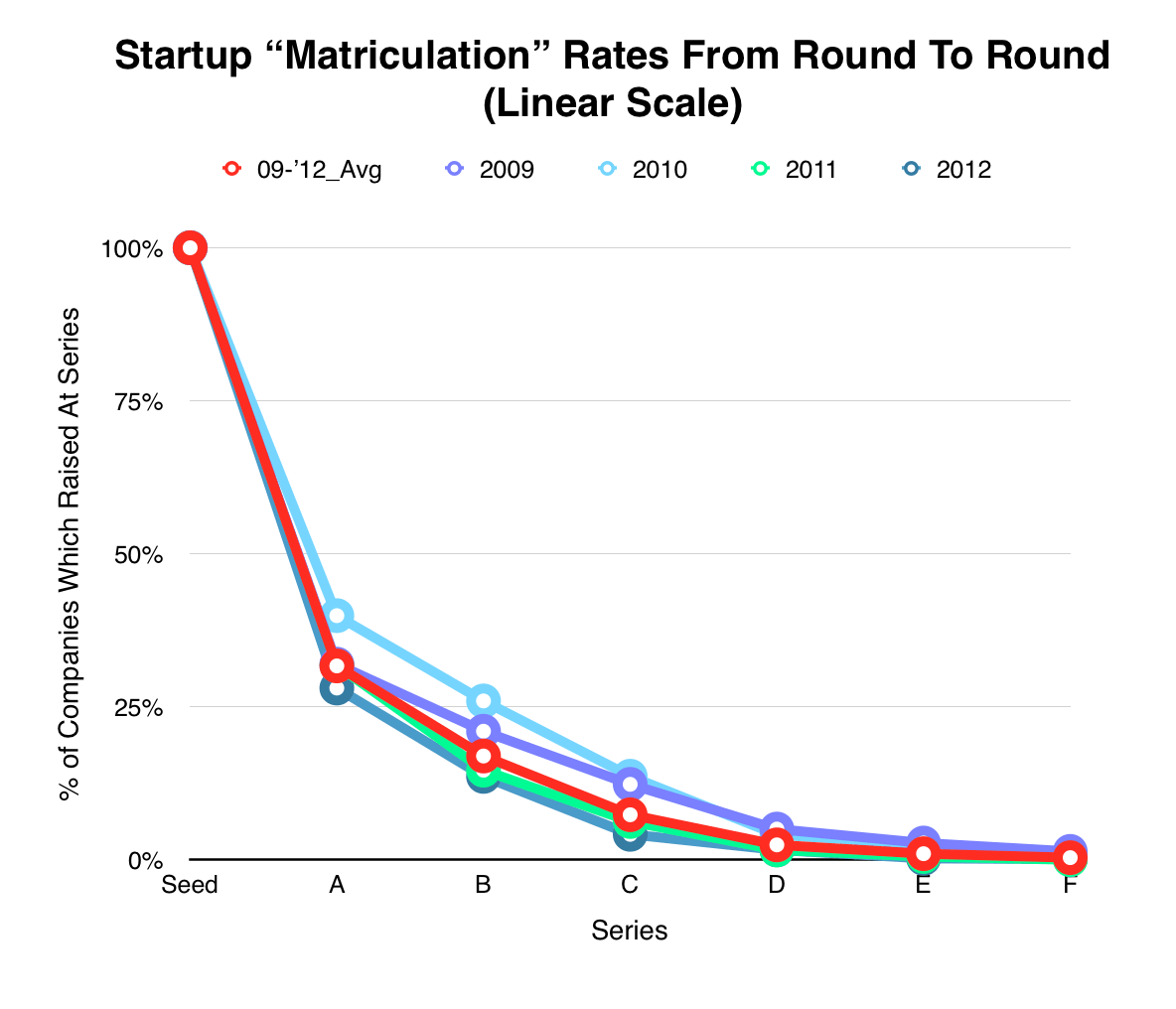