TL;DR: SaaS is big for companies selling to other companies. Does it work well for consumer services? Sometimes.

The pace at which new software-as-a-service (SaaS) companies are born is slowing, but the SaaS business model has not lost its luster.

Among investors and founders alike, delivering applications as a recurring cost remains the preferred way for software companies to earn their keep.

Provided a workable churn rate and a steady stream of new customers, it’s likely that SaaS companies can drive more revenue and profit over time from the same customer base than their discrete-sale analogs. Conveniently, enterprise-scale customers are warming to the model, leading to the most highly-valued SaaS companies sharing a focus on targets of scale.

But while SaaS is popular among enterprise customers, have consumers reacted in a similar fashion? And how far can the SaaS model run when you dilute its offering from the purely digital, to a hybrid product with one foot firmly in the real?

While consumers probably don’t know what SaaS actually means — and frankly, don’t need to — the business model has expanded its footprint through companies such Netflix, Spotify, and others that vend pedestrian, low-cost services.

SaaS is also, according to Gartner, on its way to mainstream adoption, already nearing its “plateau of productivity.” 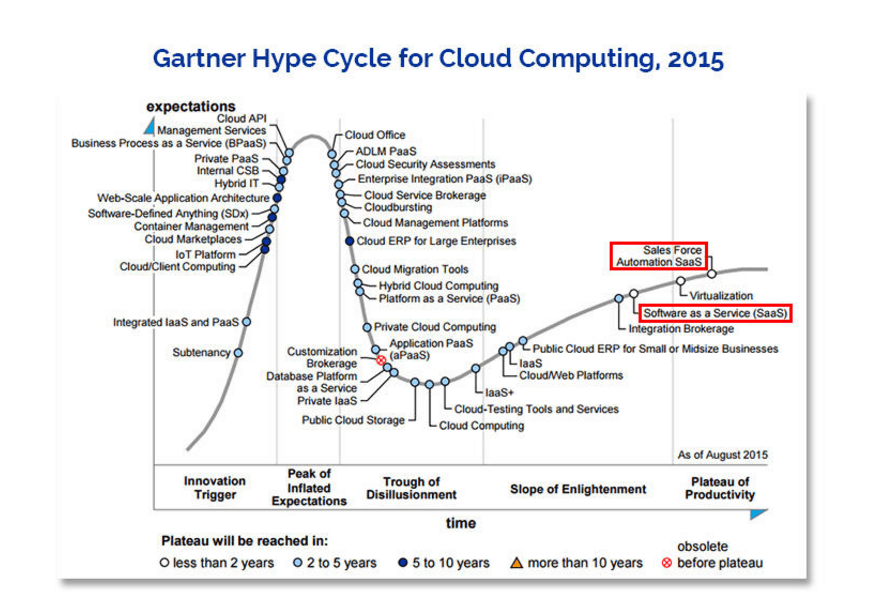 But consumer SaaS and enterprise SaaS are different beasts.

Venture capitalist Zal Bilimoria, a partner at a16z, defines the application of the SaaS business model to consumers as “Mass SaaS:”

Amazon Prime is perhaps the ultimate — and most successful — example of [Mass SaaS]. Once you realize that Amazon can be your one-stop shop for everything, you’re willing to pay nearly a hundred dollars upfront for the service of unlimited delivery. Then, by continually improving the members-only offering by adding services such as streaming video (Prime Video), ebook checkouts (Kindle Unlimited), and one-touch buying of physical goods as you run out of them (the upcoming Dash), Amazon keeps users hooked via these retention drivers, despite increasing the price of Prime from $72 to $99 a year.

It’s interesting to note that Bilimoria doesn’t use a consumer-targeted software example, such as Evernote, as justification for consumer-focused companies to apply the SaaS business model. Instead, the definition is diluted to include the fairly standard application of subscriptions to physical goods (note: Amazon Prime does offer digital services with its subscription, but its primary draw is still free two-day shipping)–a concept consumers have been familiar with for a long time.

So while the tenets of SaaS as a business model can be applied to a myriad of consumer activities, the water gets murkier when we take a cursory look at software companies and startups who target consumers.

Tightening The Noose On Consumer SaaS

If we limit the definition of SaaS to companies “that primarily offer hosted, on-demand software under a subscription and/or transaction based pricing model” as defined by Software Equity Group’s “Software Industry Financial Report,” we are left with a dearth of SaaS companies that target consumers–at least among the biggest and most well known. 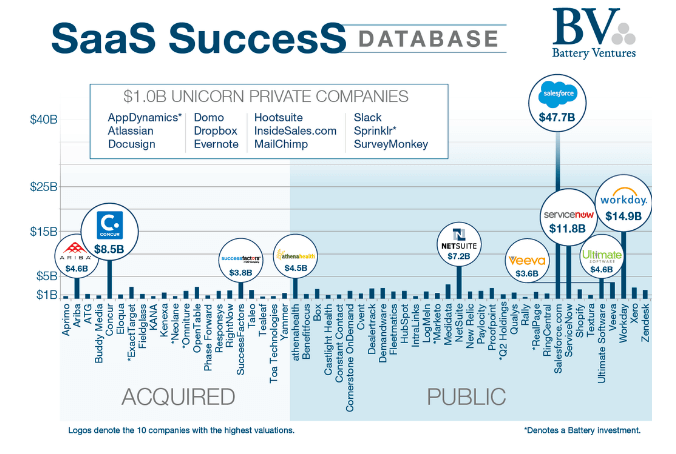 Does this mean that software is ready to be sold to consumers under the SaaS business model? As it stands now, the successful consumerization of SaaS in software remains opaque.

Over the years, Evernote has had a tumultuous run in the consumer market. In 2015, it was reported that Evernote was struggling to monetize its users. And as of April 2016, T. Rowe cut its valuation of the unicorn by 75.7% (although it’s worth noting that T. Rowe cut their valuation of a number of startups it has invested in, including Airbnb and Uber at the same time).

But since reports of its struggles, Evernote has gone through major transitions with its new CEO, Chris O’Neill, who is redoubling efforts to simplify Evernote’s product offerings while increasing its paid user base.

Whether or not this is going to lead to Evernote making a comeback is up for debate. The results of its most recent price hike and limitation of free features are yet to be seen. And Microsoft is not helping with its new OneNote Importer tool for Mac users, which was released last month.

As for Dropbox, its standing in the SaaS consumer market has been more positive. It is cash-flow positive, if not yet profitable. Dropbox also has a large number of users, with 500 million announced in March. How many of these users are active and paying is not easy to parse, but we’ve attempted to run some rough numbers in “Understanding Dropbox’s 200,000 Business Customers.”

It’s also interesting to note that, while Dropbox has seen success from its consumer market, it has been heavily targeting business and enterprise customers–an area that Box, an already public company, has been competing in for a long time.

What that means for SaaS companies who want to participate (and profit) in the consumer market is not definitive, but this could indicate that SaaS software companies need to target consumers as well as enterprise customers to achieve profitability with the SaaS business model.

Expanding the Definition of SaaS for Consumers

If we move away from software as the primary good, and simply look at software as the delivery model for physical goods and content (such as Netflix and Amazon Prime), the SaaS model for consumers becomes more interesting.

Amazon Prime, and its primary offering of two-day free shipping, has wide market penetration. Even in the face of a $20 yearly increase in 2014, J.P. Morgan tech analyst Doug Anmuth told Time that he expected Prime “to remain a strong driver of revenue growth at Amazon in the longer term given Amazon’s large product selection, the shipping benefits of Prime, and continued additions to Prime Instant Video and Kindle Lending Library.”

And as of Q2 of 2016, this appears to be holding true. Amazon has generated consistent profit going back several quarters (though much of that seems to be attributable to its AWS unit and cost management).

For Amazon, the offering of digital goods attached to its Prime membership indicates that consumers, if given enough value, are willing to adopt Mass SaaS, as well as tolerate price increases.

But for other companies that rely on the Mass SaaS business model to vend products or content to consumers, success appears to harder to attain.

In the case of Netflix, raising prices has proven harsh on customer churn rate, which is likely exemplified by the ability of subscribers to come and go as they please. (Unlike many SaaS companies that target enterprise, Netflix does not require a yearly commitment out of consumers.)

As for Birchbox, an online retailer that delivers makeup products monthly to customers, the Mass SaaS model has proven less lucrative. In an attempt to reach profitability, Birchbox has cut costs and laid off a number of employees. And although Birchbox has faltered a bit, Bloomberg reports that VCs have poured $1.6 billion into subscription e-commerce startups.

At the very least, this level of investment, and the success of Netflix (aside from its price increase), backs up the idea that the principles of the SaaS business model, when applied outside of software exclusively, has its place in the consumer market. But what isn’t clear is that consumers are as eager as enterprise customers to adopt the tenets of SaaS into their wallets quite yet.

Holden Page is Mattermark’s renegade copy editor. He was cajoled into writing this.