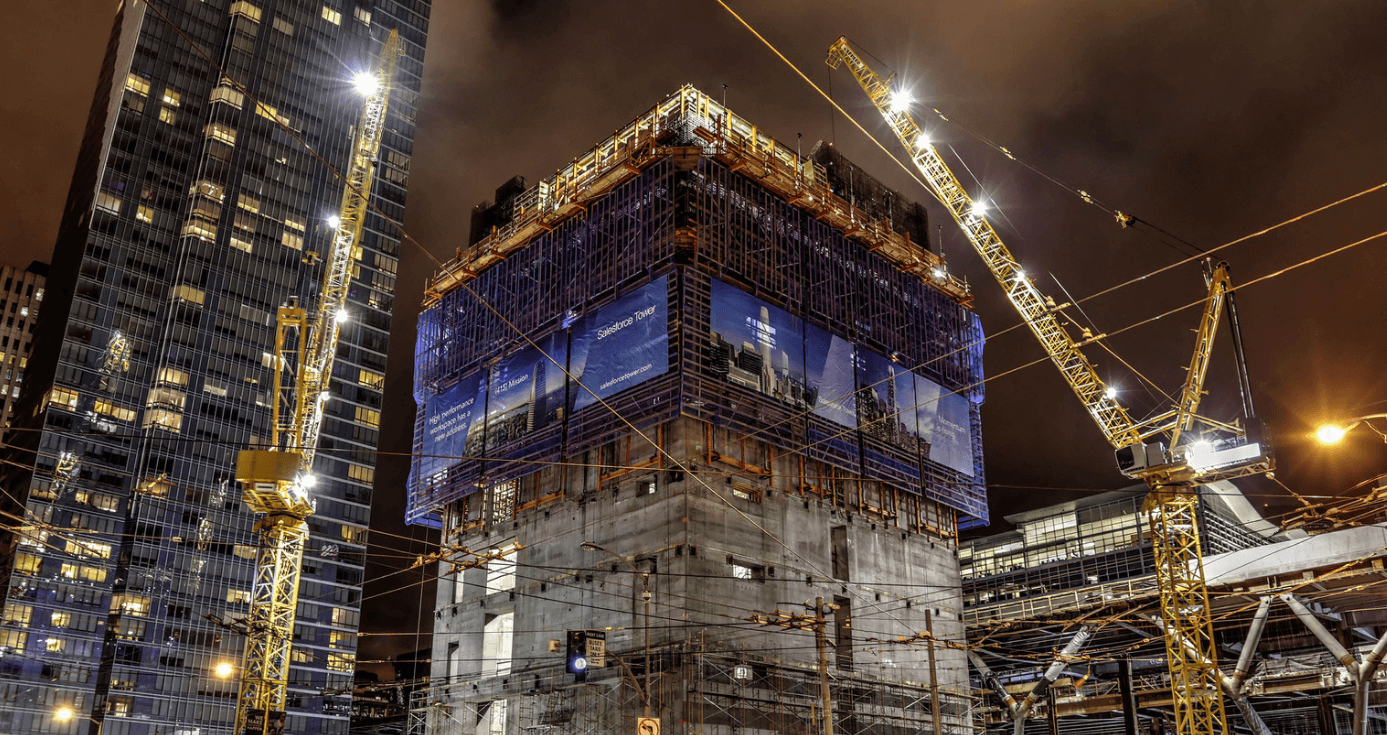 The second quarter earnings season is effectively over now that both Salesforce and Box have reported their performance.

The results were mixed. Box beat expectations on both revenue and profit, but only saw its shares inch higher after enjoying a multi-day pre-earnings rally. Salesforce dropped sharply after its forecast came in light, even though its trailing results beat expectations.

Those results fused to other market changes make it the perfect moment for us to check back in on the value of recurring revenue.

Why do we care? Because recurring revenue is the new bedrock of the world of software, and its fluctuating value sets the tone for firms both public and private.

In other words, it matters. Let’s go.

A full day before Mattermark undertook this entry on the value of ARR, Redpoint’s Tomasz Tunguz beat us to the punch with a piece entitled “How Much Is Your SaaS Startup Worth?”

I’d complain, but Tunguz did us a favor by pre-executing some analysis. Never look a gift chart in the axis and so forth.

So companies that grew more than 75 percent on a year-over-year basis are trading at an EV/TTMR of 7.4x. Tunguz goes on to clip wings regarding proper ratios, saying that the “slower growing companies are fetching near historically high multiples, which suggest they aren’t being valued on growth alone, but likely net income profitability and cash flow.” Hold onto that for later.

Before we go forward, keep in mind that those numbers do not directly convert for your startup. If you are small enough to be very, very private, you will not command a 4.7x EV/TTMR multiple at a mere 25 percent growth rate. From your minor revenue base, you had best grow faster than that to command the same multiple.

Put another way, the greater your revenue base is, the larger the implicit increase in aggregate dollars you get from each 100 basis points of year-over-year growth. That brings more value per point. Hence, larger companies can command similar multiples at lower growth rates than smaller companies in some cases.

To save time and valuable column inches1, we’ll stick to the metrics that matter. Box and Salesforce both had interesting quarters, but for the moment, we just need a few numbers to set new parameters.

Let’s calculate each company’s EV/TTMR to match Tunguz’s and our prior work to get a better historical picture framed. First, the data (via Yahoo Finance where applicable):

Using Tunguz’s own buckets, we can anticipate what sort of year-over-year growth percentages these firms should put up.

For Box’s EV/TTMR multiple of 4.55x, we anticipate a growth rate between 25 and 49 percent, likely near the midpoint given the closeness of its number and the bucket’s median. Salesforce commands the highest bucket, but on the low side. Its multiple is actually less than the median of its cohort, but far above the next bucket down.

However, things change a bit when we break out growth rates. After calculating both companies’ year-ago trailing year’s revenue, or year-ago TTMR, or YATTMR–there we go–we see that the following is true:

Box’s trailing revenue year-over-year change of 35.05 percent puts it into the correct bucket for its current EV/TTMR. Salesforce, on the other hand, is trading at a much higher EV/TTMR ratio than its recent TTMR YoY percent would normally allow for. That makes it an anomaly.

Why are investors valuing Salesforce higher than the metrics we’ve outlined thus far would normally allow? I have a hunch.

Revenue quality is the undercurrent beneath all ARR numbers. ARR comes in all sorts of quality, and how companies use their revenue to fund operations can lead to either losses or profits; ARR that produces positive cash flow, or GAAP profits, would be worth more on a per-dollar basis than the same dollar of ARR at a company that will use that single unit of currency to fund only a fraction of its marketing budget.

Profits are good and bolster the value of cash-in-the-door. Fair.

So what can we see from Salesforce? That it has drawn itself out from a brackish mush of GAAP losses to, wait for it, GAAP profits.

Sticking to its cumbersome fiscal calendar, let’s start with Salesforce’s most recent quarter and work backwards. What follows are its self-reported GAAP net income per quarter:

Let’s talk about efficiency. How much should we adjust the value of Saleforce’s revenue compared to where its TTMR YoY gain percentage would sort it using Tunguz’s buckets? At least some, the markets say.

That’s because SaaS companies often lose money since it’s more efficient to continue investing in buying long-term revenue (ARR) using short-run cash (burn). Salesforce, however, has turned the corner that every SaaS company2  says that it will eventually–when its past ARR growth contributes enough negative dollar churn to its continuing results that it can generate cash (and profits, I suppose) while still growing.

Wrapping, And Looking Ahead

Following this section, I’ve included the promised ARR stats for Box and Salesforce.

Before we leave, however, I want to do some looking back. Let’s summarize ourselves and hope that the spoliptic universe doesn’t fold back onto us.

It’s been a journey to get here.

It seems that the worst is over, and we’re back to sane multiples for most companies. There are still some very silly figures out there, but there are more dollars and less bullshit than in, say, 2014.

We can still repine, however, because we get to close today with a historical down beat that involves a slow-paced Box beatdown. When Box went public it had recent-quarter revenue of 57.5 million. It went public for $14 per share, valuing the firm at $1.67 billion. In its most recent quarter, Box had revenue of $95.7 million at a nearly flat worth.

That implied multiple compression is only partially predicated on slowing growth–the Law of Large Numbers is a jerk. And that, my friends, is the story of the recent market.

Box and Salesforce ARR nuts and bolts. First up, YoY ARR growth. Keep in mind that we are using a dirty ARR number that includes from non-recurring incomes. Life is like a box of adjusted metrics.