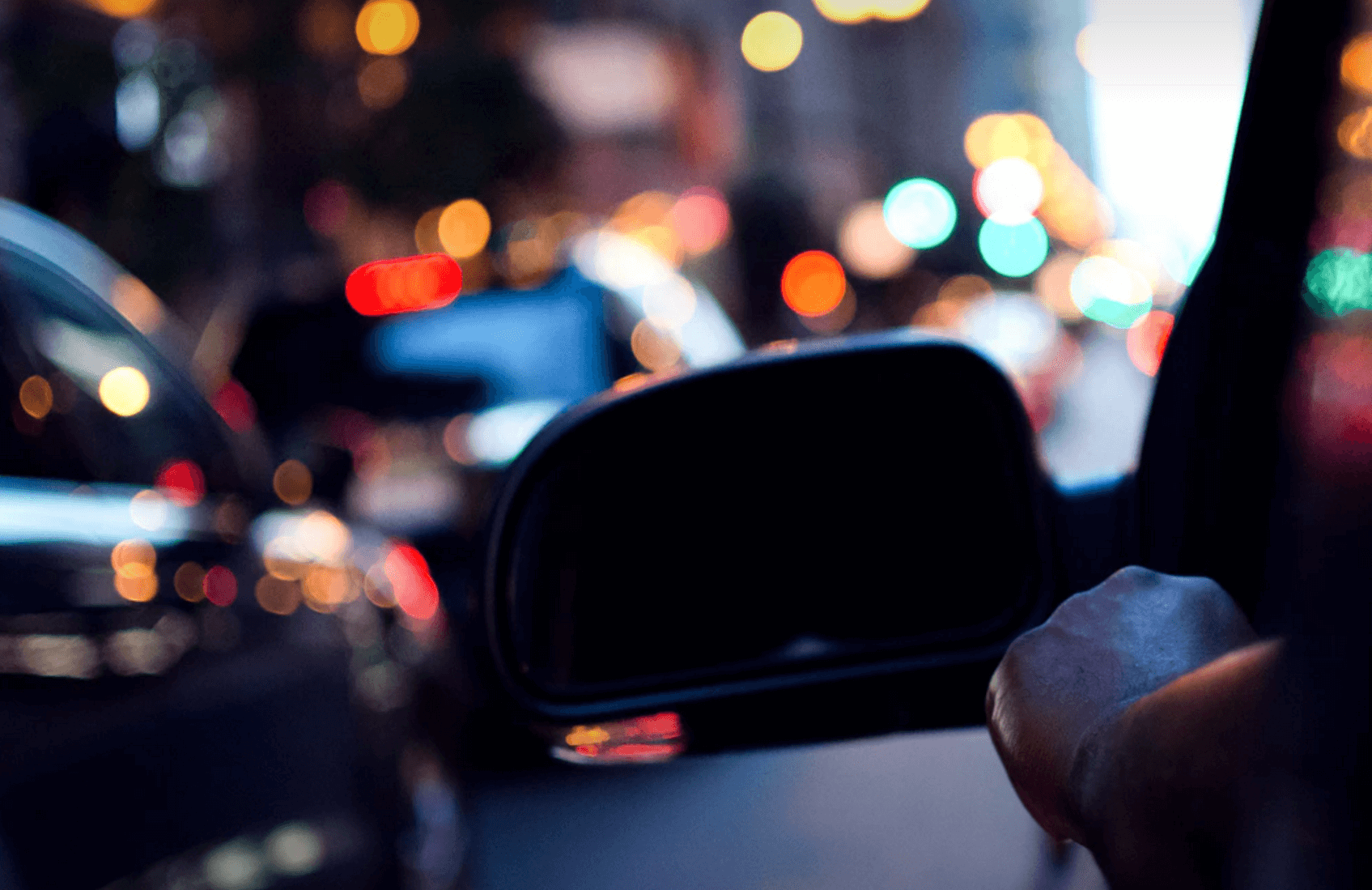 As IPO rumors continue to trail Uber, the company is letting slip small pieces of performance results to the general public. Strategic disclosures of that sort for company of Uber’s scale are not rare or surprising.

Let’s examine what was said, and how it fits into what we previously knew about the world’s most valuable startup.

As with essentially every private company, we have a very occluded view of Uber’s numbers. That said here’s the new data:

The driver income number is super interesting, of course, and helps us better understand a few things about the company.

Quickly, as Uber takes a 20 to 25 percent cut of total fares, the gross platform spend those driver numbers imply runs a modest gamut:

Those figures imply that Uber wrapped up its last month and quarter on a forward gross platform run rate of between $22.5 billion and $31.92 billion. The latter number is a solid 41.87 percent higher than the preceding entry, for scale.

How does that compare to what the numbers we knew before? A brilliant question and smooth segue. Let’s find out.

Retreating back to August, Mattermark published an article diving into the amalgamated knowledge of Uber’s financials outside the company.

To preserve original formatting, the following sets the stage for where Uber was. Keep in mind that this is 2016 data when quarters are unlisted: 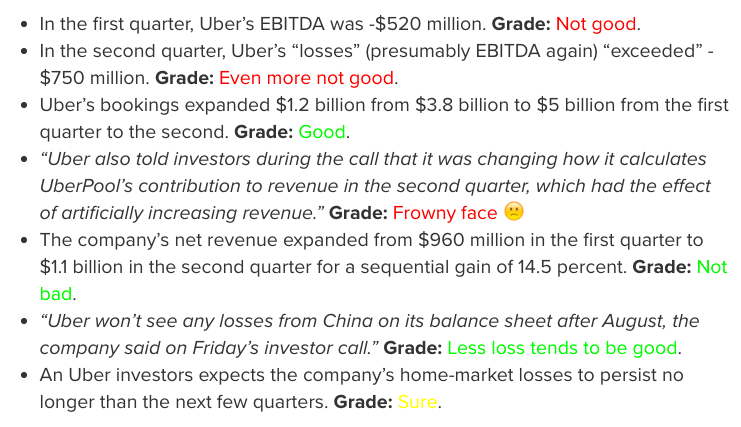 Parts of that apply.

The company’s new gross result, from up $3.8 billion to $5 billion details the growth that Uber has currently posted.

Quickly: Uber’s CEO said that its driver payouts landed between $1.5 and $2 billion in the most recent month, and the middle point in implied platform spend that we can find between the upper end of the $1.5 billion figure and the lower end of the $2 billion tally gives us an estimate of $2.25 billion for the month.1

On a quarterly basis that works out to $6.75 billion in gross spend, a dramatic increase on the growth pace set from the first quarter to the second. The $6.75 billion figures sounds and feels high. As such, I’d take away from this that our current methods are too generous somewhere; a cause for reflection as it implies a running poverty in our understanding of the firm’s finances.

(A caveat: Uber’s CEO was discussing a recent month, ergo the third quarter. Likely its end, even. So we are comparing end-of-quarter information with prior tallies of full quarters. As such, we are likely slightly overestimating the full-quarter sum. As usual, backwards extrapolations using current data are optimistic, and the converse is the inverse. This is likely at least part of why our estimate fails the gut check test.)

Regardless, I cannot find a way to read the new Uber numbers—unadjusted for seasonality, and month-to-month fluctuations, etc—that does not imply quick growth. Even using our most conservative gross spend result, $1.875 billion, Uber grew 12.5 percent on a sequential quarter basis in the third.

And the gap between our gross platform figures and Uber’s driver payouts? Hello, net revenue. In the last month of the third quarter, at the highest end of our figures, Uber’s implied revenue result is impressive.

Now get the losses under control and go public, Uber. Enough of all this guessing.