tl;dr:  Investors aren’t stupid or lazy, but even thoroughly vetted startups can fail. 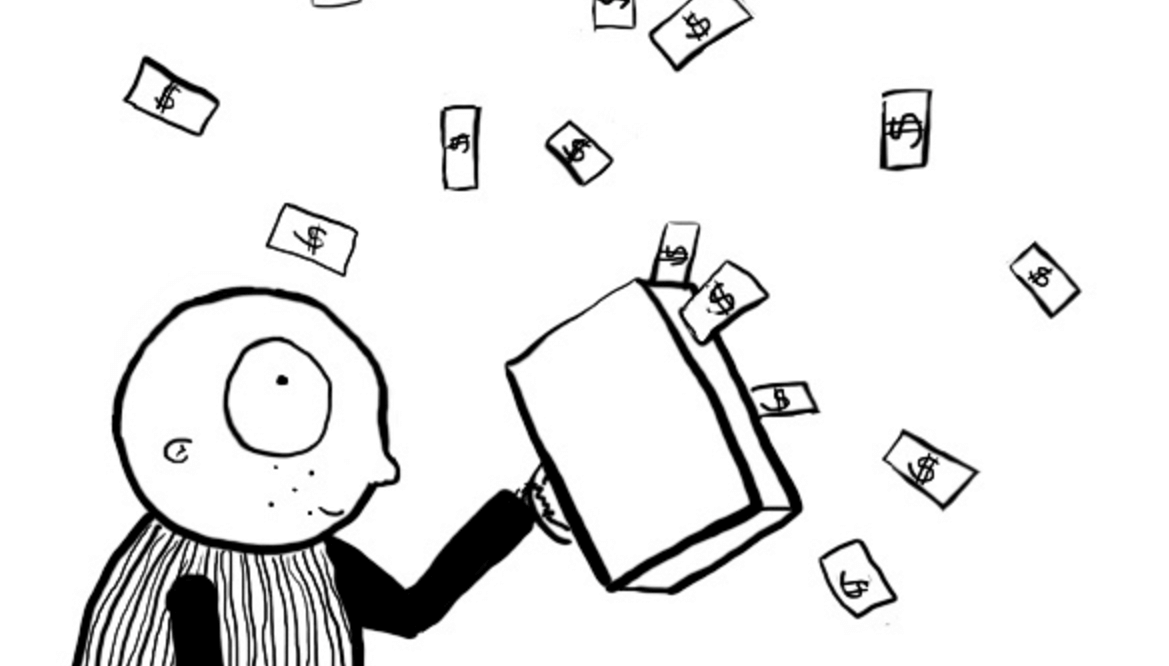 It’s the nature of venture capital that many investments will never yield a return.

Most startups fail, and the money backing them is lost. Only a third of companies that receive seed funding make it to a Series A. But some startups succeed stratospherically, returning their investors’ money many times over. The whole industry is driven by the desire to make one bet that will rocket up to enormous sums.

To pick one historical example, Sequoia Capital reaped forty times the funds they’d committed to YouTube when Google bought it, and fifty times the funds they committed to WhatsApp when it sold to Facebook. Back in 2004, when Google itself IPO’d, Sequoia held onto their Series A stock (although much of it was later distributed to LPs). $GOOG is now worth roughly fifteen times its debut price.

That’s what extremely successful early-stage investments looks like. But what changes when investments come later? As we’ll see, for late-stage tech startups, the rigor gets dialed up right along with the stakes.

The further you get in the venture capital process, the more you have to prove.

A startup has to demonstrate its past performance and make a case that its product, personnel, and company leadership are strong and savvy enough to turn extra capital into accelerated growth. Contrary to the naysayers, investment firms don’t compose their investment portfolios at random; they will keenly scrutinize a startup’s progress and evaluate its future chances.

Every step on the venture capital ladder has different requirements. The character of the founding team is always crucial — every VC I’ve spoken to is united on this point — but their company has to hit different marks as it grows. To get an investor to write you a Series A check, you need a solid product. To make it to Series B, the company will have to display real traction. To survive to their C round, a solid business is required. Later rounds of capital need all of the above, plus flourishing metrics.

At Series C and beyond, the startup must have a product in the market and a customer base to analyze (barring exceptional R&D spending requirements). “There’s just a lot more to chew on the competitive front,” said Matt Murphy, who spent fifteen years at Kleiner Perkins Caufield Byers before moving to Menlo Ventures.

Murphy helped get KPCB’s growth fund off the ground, though he now focuses earlier on the pipeline at Menlo. AppDynamics, Puppet, and SimpliVity are among the companies that Murphy currently works with.

As industry analyst Ben Thompson put it, “Growth capital is less speculative than traditional venture capital; it seeks to make relatively larger investments for relatively smaller stakes in companies with provably viable businesses that are seeking to grow” but need capital to keep expanding.

The “provably viable businesses” part of that equation is crucial. Later-stage investors are positioned to deploy far more capital at a given time; they sacrifice the high per-dollar returns that early-stage investors chase, by going after larger per-investment dollar returns. Compared to angel investors (for example), growth investors take on less risk at the cost of lower upside.

“Generally someone’s building a fairly sophisticated financial model over a number of years,” Murphy explained. Investment firms look at “many variables, a full P&L, [and] try to project cash flows.” Part of the pre-investment analysis process is figuring out “what are the three, four, five, [or] ten variables that are really the drivers of the financial model of the business.”

A startup that wants to advance to Series C and beyond can’t skate by on charisma and enthusiasm. Real, documented traction is necessary to satisfy investors’ due diligence.

When does that due diligence not work? If growth capital is deployed so judiciously, why are there high-profile implosions? Some companies can apparently take on funds even while struggling to validate their product-market fit.

The infamous failed startup Fab, which sold for less than 2% of its peak valuation, raised a $150 million Series D round in 2013 while simultaneously ditching the business model that made it popular in the first place:

“By July, [CEO Jason] Goldberg — who had been fully transparent with investors about the state of the company and Europe — was able to raise only $150 million, but at a $900 million valuation. It wasn’t nearly enough. Money had become so tight that Goldberg was prepared to personally float the entire company’s payroll in August if the round hadn’t closed when it did.”

During the year running up to its IPO in November, 2011, Groupon raised almost a billion dollars. Much of the money went straight to prior investors, all while the company was burning cash like kindling to keep itself alive. In other words, the money that Groupon took on and used before it reached its IPO couldn’t be deployed to fuel growth, making the investors’ spend particularly low-leverage.

Other companies that evoke the phrase “how the mighty have fallen” are Zynga, One Kings Lane, and Gilt, startups that made it past Series C before stumbling. It’s not always something that an investor could see coming — even when it comes to the best-funded, late-stage startups, which should have already largely proven their health and viability, let alone vitality.

“You know, consumers are fickle,” Murphy remarked, using the “daily deals” model as an example. “Sometimes […] the mechanic that made [a company] really interesting, consumers just fatigue of it.”

It would be easy to deride the failed startups’ investors. After all, they made bad bets! However, as I stated in the beginning, the nature of venture investing is for the failures to vastly outnumber the successes. When Yuri Milner’s DST Global invested in Facebook at a $10 billion valuation, they had also put money into companies that are no longer impressive, The New York Times reported:

“His firm [DST Global] owns about 5 percent of the online game company Zynga, which had its I.P.O last year. It holds a similarly sized position in the newly public Groupon, the daily deals site.”

Zynga and Groupon have lost their glory as hyped-up unicorns, but Facebook is now worth upwards of $350 billion.

It is an embarrassing public spectacle when a previously well-regarded startup falls apart. But, despite all their meticulous spreadsheets and deep industry experience, it is natural for VC firms to make mostly bad bets. Some will end up failing altogether. That’s how the game works.

Still, sometimes firms put money in when they shouldn’t (given the benefit of hindsight).

”A company has a hiccup and it’s going through some kind of a transition, and there may be a down round or whatever,” said Matt Murphy. “[But] in the grand scheme of things that’s not a big deal if you really believe in a company.”

However, “If a company is clearly not working, the reason why you would put money in is that instead of hitting a wall to shut down, [is that] you put money in for restructuring,” Murphy told Mattermark. “You kinda give yourself some time to work through a difficult situation.” In that case “you’re generally putting that money in to fix it and preserve the investment.”

Murphy also implies that you can’t get into the late-stage game without strong business fundamentals. “Growth investors generally want to see things working,” he pointed out. “For the most part, growth investors want to invest in momentum.”

At the early stages, when investors misjudge momentum, the company ends up melting away without anyone but their employees noticing. But if a company that’s raised hundreds of millions comes to a halt — or crashes — we all marvel at the destruction.

Featured Image via Flickr user thethreesisters under CC BY 2.0. Image has been cropped.