Welcome to the first Mattermark Editor’s Note, a mostly-regular morning brief highlighting trends and notes that do not quite fit into a tweet, but also don’t require a full post of their own to discuss.

It’s currently hip to launch newsletters1, but you need additional email like I need to endure more reports of non-GAAP revenue. As such, we’ll have short chats here in the first hours of the work day. This new scribbling doesn’t mean that Mattermark’s editorial output won’t continue its regular publishing schedule — instead this is something small, and in addition.

Before we start, a personal digression. If you noticed that posting was light on Mattermark over the past few weeks, it’s because I was out for a bit. Happily, I’m back and we can get to work. Let’s begin!

Bitcoin Rallies Despite Flat Transaction Volume: If you forgot about bitcoin, I can’t fault you. But while the rest of the world lost itself in election coverage and corporate earnings, the price of bitcoin spiked. It’s back to the $575 range, its highest since late 2014. Interestingly, the rally comes in the face of transaction volume that is mostly flat for the year.

What could be driving the price pop? A coming halving of the number of coins that miners will receive when new bitcoin is issued, most likely.

A price increase when new supply is constrained, holding demand — volume, in this case — flat, is a reasonable result. However, this might be a bit much: 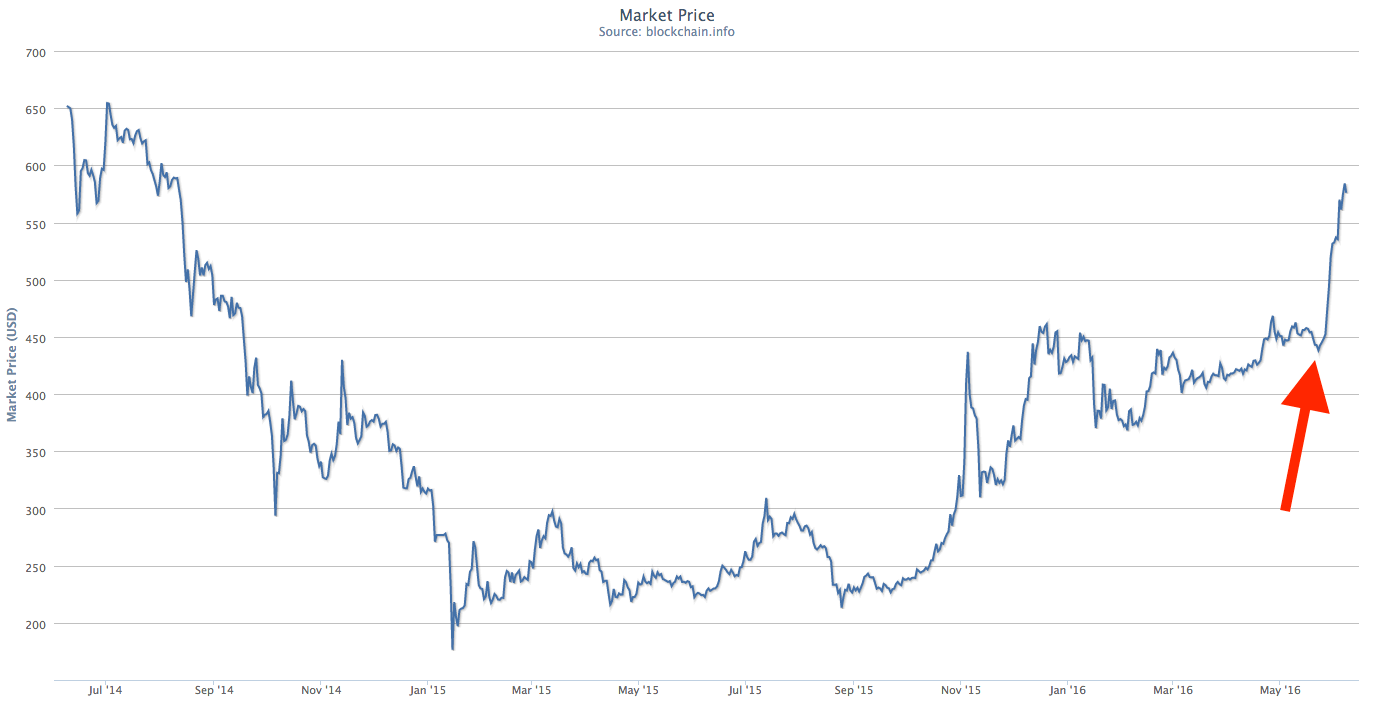 There are currently around 15.6 million bitcoin in circulation.

Tech Finds Spine: According to PCWorld, tech does in fact have a backbone. Here’s the headline: “Google, Facebook, Yahoo, rights groups oppose FBI expansion of surveillance powers.” I share your sneaking suspicion that we’re still in the early innings of the battle between the government and the larger side of tech. And of course, there is a Dilbert for everything.

Now, go have more coffee and get something productive done.