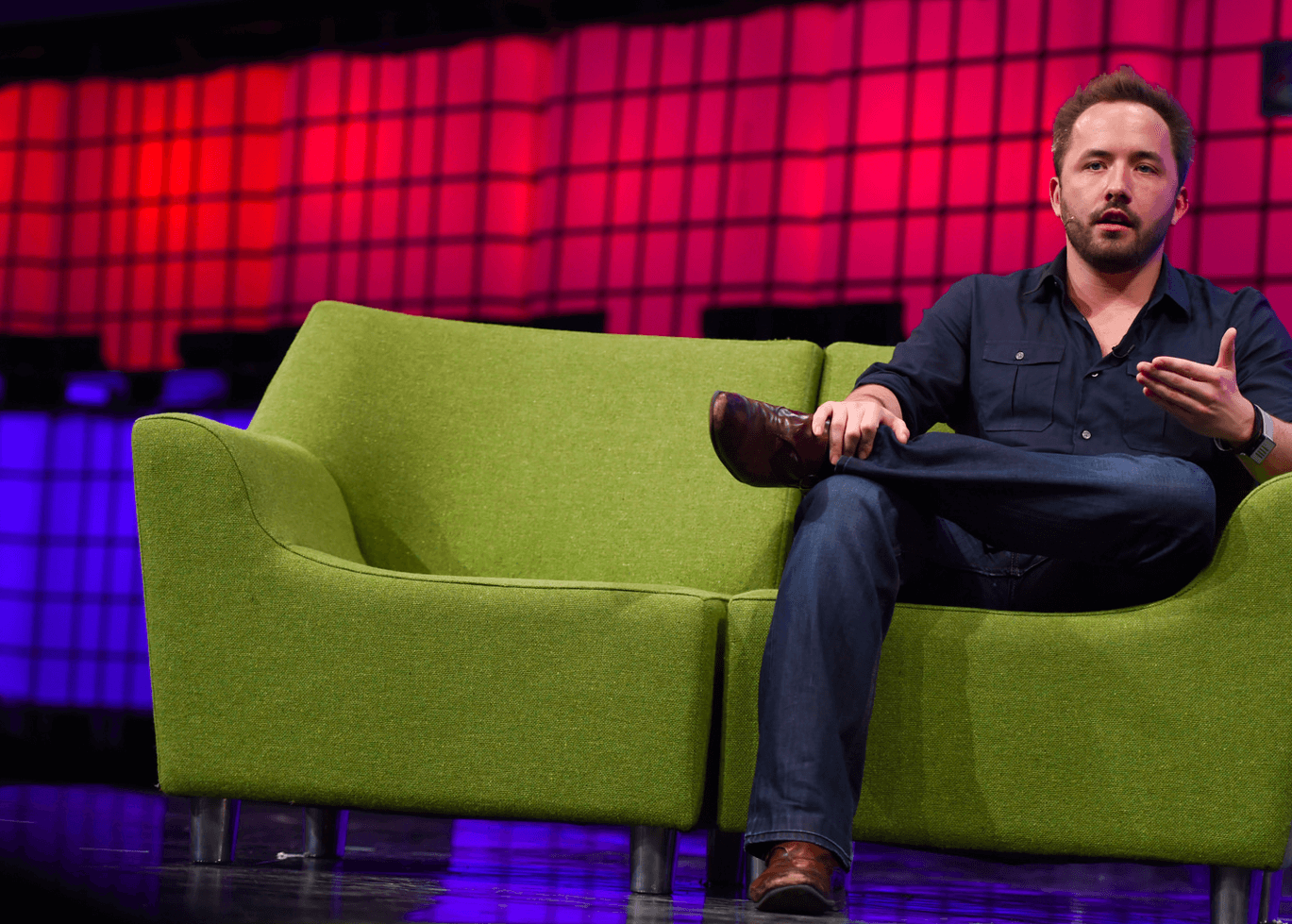 Do you feel a bit behind on technology news this week? That’s fine. We’ll do this together.

Today you and I are going to look at a few events from the last 24 hours. Each has a financial component that makes it notable in our continuing quest to better understand the dollar signs behind the bullshit.

First, we’ll look at a victory. Then, an interesting investment from one money-losing company to another. And finally, a startup that didn’t just go gentle into that dark night, but managed to have its purchaser call its final price “not material.”

It has not been a boring year, and most definitely not a dull week. So from good to odd to bad, off we go.

Yesterday during a technology conference, Dropbox CEO Drew Houston announced that his company is free cash flow positive, but not yet profitable. According to Bloomberg, Dropbox’s cash flow calculations are made using generally accepted accounting principles (GAAP). That means they are not magical.

It’s nice to have this particular marker set as it helps us understand Drobpox’s health, why it has cut back on perks, and how it squares up1 against competition like Box. The company, with its focus on more conservative spend, underscores how the 2016 technology climate differs from that of the last two calendar years.

Key Dropbox competitor Box has promised to reach free cash flow status by the end of its current fiscal year, giving it just over two quarters of space to pull off the feat. Perhaps we’ll see both companies stay independent after all2.

A New Lease On Life

Twitter has invested $70 million into SoundCloud, a music service. Previously, it was widely thought that Twitter wished to buy the other company outright. Instead, it settled for buying a piece later on.

Shares in Twitter have seen a modest boost in recent weeks, rising around 15 percent during the last month of trading. So far in 2016, however, Twitter remains off 30 percent. How much is $70 million for the social company? According to journalist Shira Ovide, perhaps more than you thought: 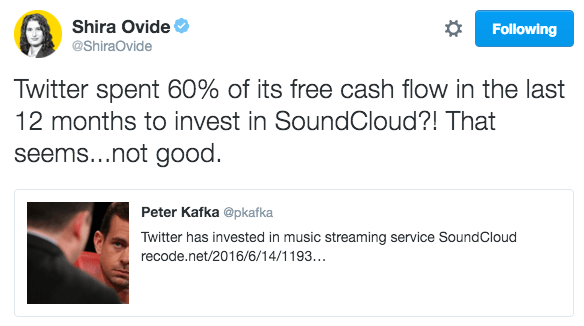 But as Twitter has $3.6 billion in cash and equivalents on hand, according to its most recent financial report, it can afford the investment.

What’s notable is that while Twitter’s adjusted profit metrics continue to soar, and its GAAP net loss declines, SoundCloud’s financial future has been widely doubted.

In February of this year parts of SoundCloud’s past financial performance were reported in the media. Coverage wasn’t kind. Two headlines provide proper context: “SoundCloud has lost over $70M in 2 years, board cites ‘material uncertainties,‘” and “SoundCloud could be forced to close after $44m losses.”

Of course, we’re looking backwards at past financials, but it seems doubtful that SoundCloud has become a profitable company since the published figures were newly inked3. It should now have the cash needed to prove its model, and how it will stand out in a music space that is still increasingly competitive. On Monday, for example, Apple announced that its Apple Music product has 15 million subscribers. That’s a pace of about 1 million new subscribers per month, calculated using figures reported by Variety.

If you understand what Twitter’s plan is with SoundCloud, why it wanted to buy the whole shop before, and what this investment will do for Twitter’s own user growth problems, send in an email. Best response doesn’t get mocked on Twitter.

One King’s Lane has been sold, meaning that a company that made it nine-tenths of the way to unicorn status racked up an exit. That’s great until you look at the details of the deal, such as we understand them.

According to Business Insider’s Biz Carson, the company, which had raised more than $200 million, sold to Bed Bath and Beyond for a price that the latter company said was “not material” to its financials. Ouch. Keep deals like this in mind when people tell you that aggregate M&A activity, measured on a deal-basis, is up. That can be true, but at a per-deal price lower than you might have guessed.

Today’s coffee tip is brought to you by Dilbert.

Featured Image via Flickr user Web Summit under CC BY 2.0. Image has been cropped.