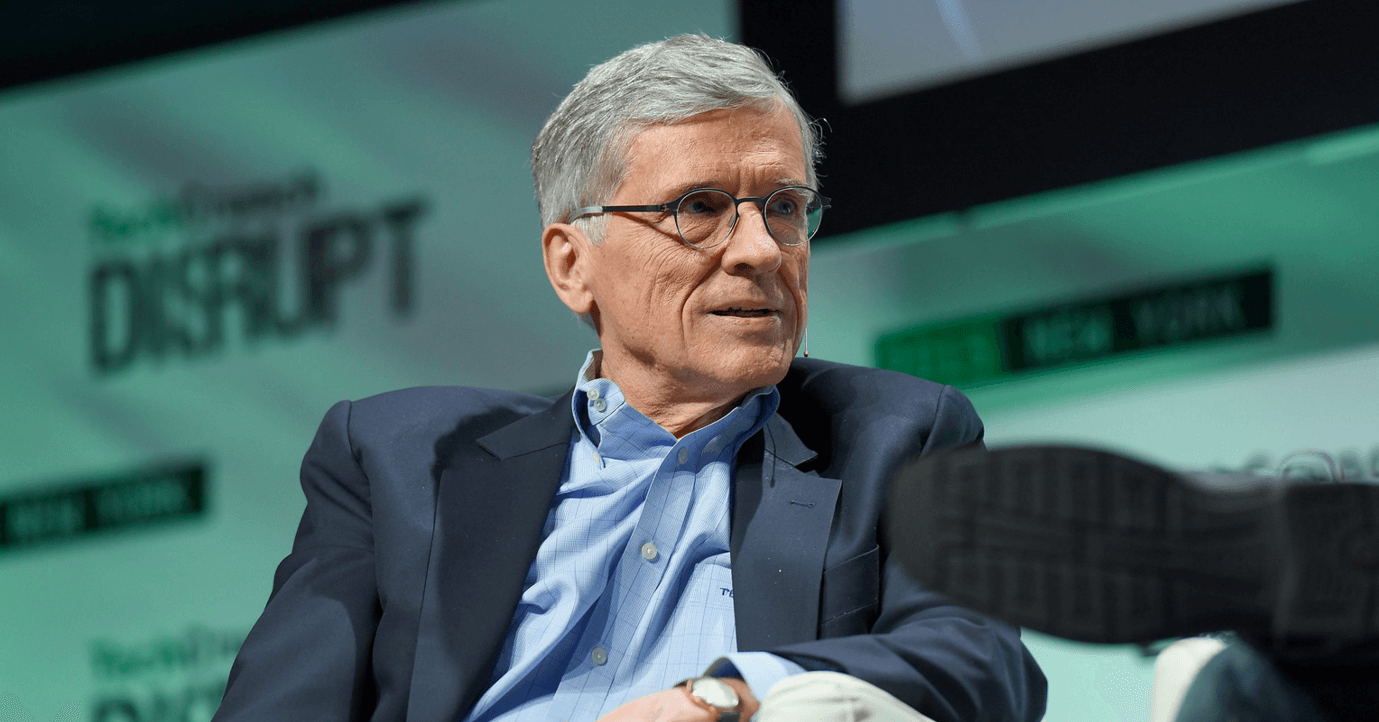 Hat tip to my shoe for its excellent cameo in the above.

Happy morning everyone, I trust that you didn’t get enough sleep, forgot to workout, and are running late for a meeting. Or, Tuesday.

Today we are taking a quick peek at peak It’s Not A Real Cost, net neutrality, and some breaking analysis of the Microsoft-LinkedIn deal, as we have seen remarkable restraint from the media thus far when it comes to hot takes.

The sale of LinkedIn to Microsoft has brought share-based compensation back into discussion. Companies often use share-based compensation, a cashless cost in the near to mid-term, to partially pay their employees. Many then discount that component of employee pay, boosting their non-GAAP metrics that analysts and investors are usually willing to grin and bear.

Why do we care? Because some public technology companies — Twitter and LinkedIn spring to mind first — lean heavily on share-based compensation. That means that their employee comp is more tied to the performance of the companies’ share price performance. As the New York Times nailed this morning, in the case of LinkedIn, its share price was becoming an internal liability: 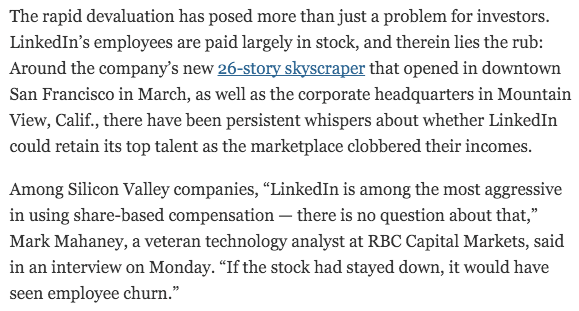 And, companies get to repurchase that equity later in the form of cash-based buybacks when they  mature. So, call it share-based comp a deferred cash cost that you are often allowed to wave your hands in front of in hopes of it going away, at least temporarily. Of course, a more cash-focused accounting methodology is useful for quickly growing startups.

Read the fine print, and when in doubt, trust in our High Lord of GAAP.

If you are a fan or friend of the Internet remaining a level playing field, the following headline via NPR should make you smile: “U.S. Appeals Court Upholds Net Neutrality Rules In Full.” Does this mean that the FCC’s landmark work on net neutrality will endure no further legal assault? No, but it is a victory for the FCC, and the various technology companies that were in favor of its work on the matter.

Here’s FCC Chairman Tom Wheeler on the ruling: “Today’s ruling is a victory for consumers and innovators who deserve unfettered access to the entire web, and it ensures the internet remains a platform for unparalleled innovation, free expression and economic growth.”

And, here FCC commissioner Ajit Pai: “For many of the reasons set forth in Judge Williams’ compelling dissent, I continue to believe that these regulations are unlawful, and I hope that the parties challenging them will continue the legal fight.”

Just kidding. I still have no idea. And no one that I know or trust has managed to convince me that it’s going to go well. I reached out to Microsoft PR asking if LinkedIn revenue will be classified as “Commercial Cloud” top line, given that Microsoft has promised that that specific revenue category will reach the $20 billion run rate mark in its fiscal 2018.

I would not be surprised if the firm counts part of LinkedIn’s revenue in that bucket, but excludes top line that comes from individual consumers which could be filed elsewhere. When I find out more, I will report back.

Your local barista needs a large tip. So you need another dousing of bean juice. Get!

Featured Image via Flickr user TechCrunch under CC BY 2.0. Image has been cropped