tl;dr: The era of bullshit is over. You need to raise now. Perhaps you shouldn’t have spent all that money. 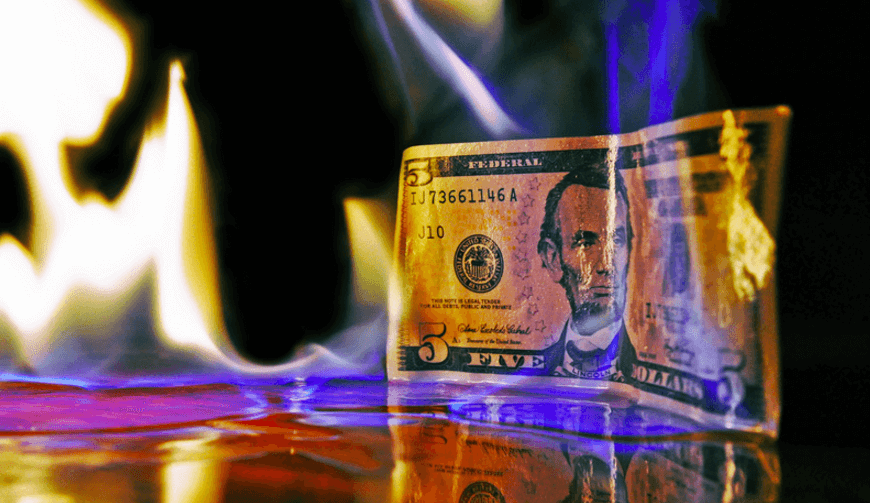 So far, in 2016, stocks are uncertain. Founders are scrambling to raise, startup valuations are under pressure, and unicorns are coming up on a fundraising reckoning compounded by a slow IPO market that limits their options. This is the hangover that we earned in the tech industry after a lengthy bull cycle.

Whatever goes up must eventually go down, at least some. That size of that ‘some’ is up for debate, but it’s certain that things are now different than they were.

I wanted to know more, and pick up the perspective of someone who I am not, namely the CEO of a mid to late-stage startup that has raised more than $50 million and is working towards profitability. Happily, Vineet Jain of Egnyte, a player in the EFSS space that competes with Box, agreed to an interview. So I packed up from the Mattermark office, snagged a train, and made my way to Mountain View. It was far too warm.

My goals were simple: Where the hell is the market going, what should entrepreneurs do now, and how did we get here? Jain was blunt, and so I am sharing much of the content of our interview.

In his estimation, startup founders that have less than 12 months of cash must raise now. Bored capital led to a boom in technology as it potentially offered yield. Greed drove a number of risky IPOs, and we’re in for a bit of a chill lasting more than a year. Encouraging? I promise there is good news at the end. Let’s dive in.

How Did We Get To Today?

To need a correction you have to make a mistake. So how did the tech industry get sufficiently ahead of itself to require its current climate? In the view of Jain, it was a question of yield. Keep in mind that capital always wants to use its own inherent potential energy to replicate itself. And if the interest rates are near zero, there’s more than a normal amount of bored dollars laying around.

Jain’s take is that implicit search of yield distorted the market. “Because there were hardly any opportunities for good yield, a ton of money poured into tech. Tech became a proxy for money chasing yield all over the world,” said Jain. In short, because things were looking up and to the right here in the Silicon Valley and other technology hotspots, capital followed capital until things were glowing red.

This is not surprising. It is, however, slightly ironic the current technology slowdown is occurring during a period of negative interest rates, as the conditions that led to the boom itself are now exacerbated. That irony, however, underscores how far the pendulum was swung in the direction of too much, too fast.

Jain does not view himself, or his company, as exempt from the changed market. In fact, he puts his firm directly in the mix: “If I were to compare [the market] to six months back, the valuation expectation that even I have needs to be ratcheted down.” Other companies, he said, are already seeing valuation “compression.”

That Jain includes Egnyte in the cadre of companies enduring slipping valuations is notable as his company operated differently during the most blustery days of the boom. When some competitive analogs were raising nine-figure rounds of capital, Egnyte took on far less cash. Jain, in my experience, was a stated believer in the concept of capital efficiency.

Then, he was the odd-CEO out. In our interview, Jain specifically said that his board had asked him why the company’s wasn’t growing more quickly. That’s code for “why aren’t you burning more cash?” Now Egnyte, which hasn’t had to raise capital since late 2013, appears not prescient per se, but certainly vindicated. Being in good shape on the way to cashflow breakeven is a nice place to be when the market is shifting under your feet.

Capital, And The Power Of Now

For entrepreneurs who will need to raise more capital in the short or medium term, Jain has simple advice: Now is better than later.

“The answer [to when to raise] is very clear,” said Jain. “I would reference a conversation I had a couple of weeks back that I had with one of our board members. And we were talking about their portfolio companies. And the argument we both agreed on is that if you are going to be out of money in the next 12 months, you better raise it now.”

If you have less than a year’s cash, you should be raising as we speak.

Why? There is always tension between raising capital too soon and raising it too late. If you raise too soon, you risk a lower valuation than you might have commanded later on, before your cash ran out. Raise too late and you appear desperate, risking death. Cash is business oxygen, and the less you have the more your burn rate looks like coming asphyxiation.

“You [should] raise it now. Because you will be facing a worse scenario, in my opinion,” Jain told me. “Because if the ground underneath your feet is getting thin—and it will get thinner by the day—and if you are less than 12 months [from running out of cash], you must, because it will only get harder.”

Down rounds are as fun as punches to the face, but death is even less fun. This becomes all the more true for the most highly-valued companies in the realm of technology, our unicorns.

Egnyte, to my knowledge, is not worth more than $1 billion—something that fits with the fact that it has raised less than $100 million by a fair margin. Its inherent conservatism is perhaps to blame for that but, oddly enough, in a potentially positive sense. I asked Jain if he had burned more cash, might his firm might already be public. He allowed the possibility, but Jain also noted he turned down eight figures of cash in his company’s most recent round of capital.

The pressure of that money would have been to burn all the faster, which is what many highly-valued startups have done to date. That means many of our favorite unicorns are going to need additional capital.

It’s not going to be pretty when those rounds close, if they close at all. According to Jain, raising unicorn-type cash “is getting harder.” In Jain’s estimation, “Having the same cadence [in capital deployment] on the private side ain’t happening. That money is already getting hard to get. Valuations are not going to be anywhere close to what they used to be six months back. So that window is not closing, it’s closed.”

The (obvious) alternative for cash-hungry unicorns is the IPO market, where more than two dozen technology companies raised more capital last year. In Jain’s view, that’s not an option either, at least for most unicorns in the short-term:

The IPO market, as you can see, has currently stalled on actually even some good companies. One company that I really admire is Nutanix. And they filed for their IPO. I am in awe of their management; they have some fantastic people in that company. But even for a company of that size they have to take a pause in terms of where the market is, what their expected valuation is. And it all comes down to what your prior valuation is.

Jain went on to say that number of “BS IPOs” that the market allowed in the last three years are “not happening” in the future. So for the best of the best, an IPO could be possible, but for many, the answer will be no.

CBInsights estimates that 40 percent of unicorns will need to raise in the second half of this year. That means a capital traffic jam of nearly epic proportions is coming. But don’t worry, not everything is a shade of grey.

Jain estimates a roughly 18 month lull, or period of correction. That’s a long time for young companies, but not for the brighter lights of tech-dom.

“[The current market changes don’t] mean that all hell is going to break loose. There are core, foundational businesses. Intel is still Intel. Facebook is still Facebook. Google is still Google,” explained Jain. “But the valuation craziness, the insane salaries, the house properties going crazy in Silicon Valley, I think those will start going down.”

And there is something else at play that could help serious tech startups find the cash they need to grow before their eventual IPO: Venture capitalists are capital-heavy at the moment.

“The good thing, and the most comforting thing is that there is plenty of money out there. Funds have been raised—pretty fat funds have been raised. Because even some of the VCs saw this thing coming, to see that it is going to get harder to raise money from institutional investors, the CALPERS of the world,” said Jain. “So there’s money out there. And that money needs yield. They will be looking for companies which ultimately show the balance sheet, income statement, and cashflow statement which show that this company can stand on its own right.”

There is something inherently tautological about the comment “great companies will always be able to raise.” It’s a self-referential comment based on the definitional structure of its own wording. In a sense, all technology bubbles are simply a loosening of that rule; when even the local pond scum can raise, then it will. So it’s little comfort to what we could call the mid-tier that great companies are going to be great.

For now, raise and live. Don’t dawdle and die.

Featured Image via Flickr user Mike Poresky under CC BY 2.0. Image has been cropped.