Editor’s Morning Note: Let’s end the week with a chart that points down.

Happy Friday, friends, and welcome to our final entry together for the week. May the day go well, and when you reach that moment when you are finally closing more tabs than you open, enjoy it.

Today we are taking a look at a single chart to keep things simple and brief. I give you, via the fine humans over at Blockchain, the following: 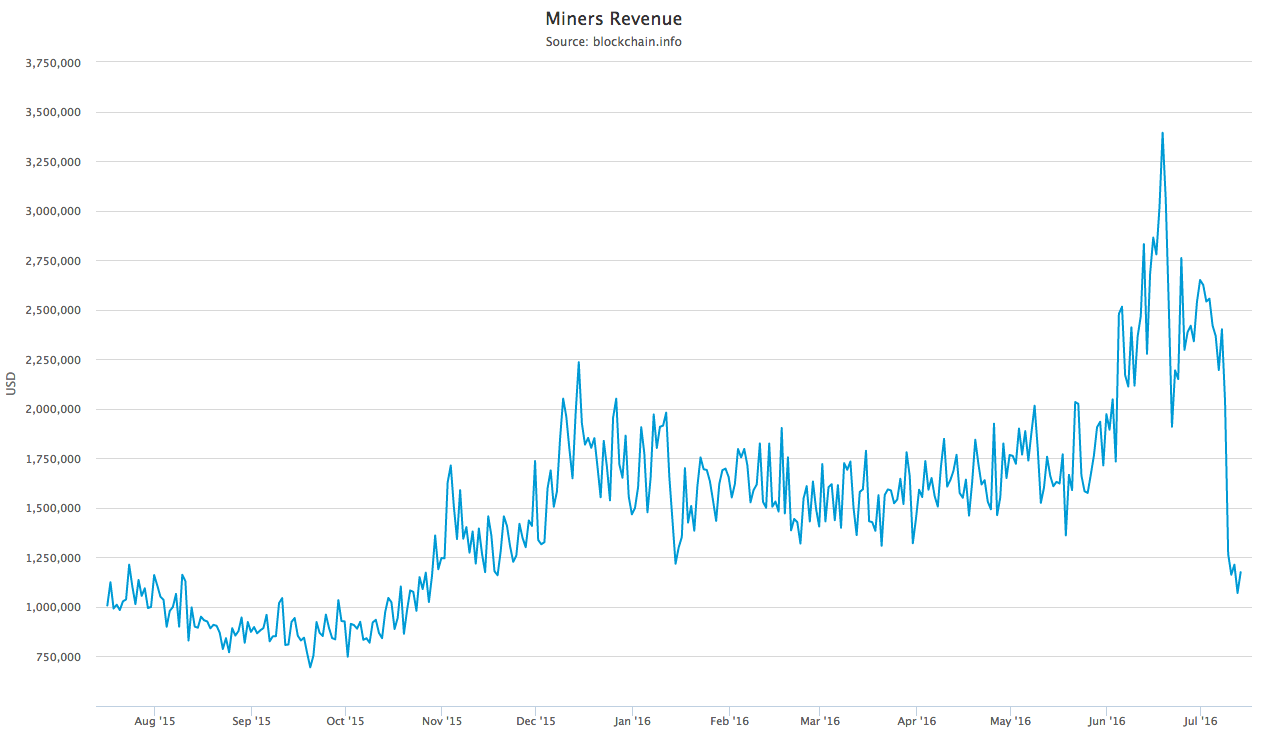 The line shows the rise and fall in the dollar revenue value that bitcoin miners currently earn from their operations. Mining hit 52 week revenue lows in early Autumn 2015, before spiking in Summer 2016 following a dramatic rise in the price of bitcoin.

What drove the price of bitcoin up, and eventually dragged down the aggregate income of the cyptocurrency’s mining community? Perhaps the same thing! Say hello to The Halvening.

Half The Coins, Double The Fun?

Bitcoin miners provide computing power to the bitcoin blockchain, activity that is rewarded by the regular disbursement of newly created bitcoin. Those coins have exchange value. So, bitcoin miner revenue is largely the product of the number of new bitcoin released on a regular basis, and their at-time exchange value, usually measured in dollars.

One of those halvenings just happened. The price of bitcoin rose in advance, something that was heartening as it wasn’t clear if the current bitcoin mining community could survive at current input level requirements if their income fell by half. But with a rising bitcoin price, the halvening looked less scary; hold supply flat and cut price in half and your income is cut in half; spike the price and cut your per-disbursement number and things balance out at least somewhat.

So, how terrible is it that bitcoin mining just went through a halving? Well, imagine the chart above, but without the spike in aggregate revenue before supply income was reduced by half. It would look even worse1.

Now the question is whether the bitcoin mining community can survive on current incomes. The answer is yes, but if the same players will keep their places is less certain.