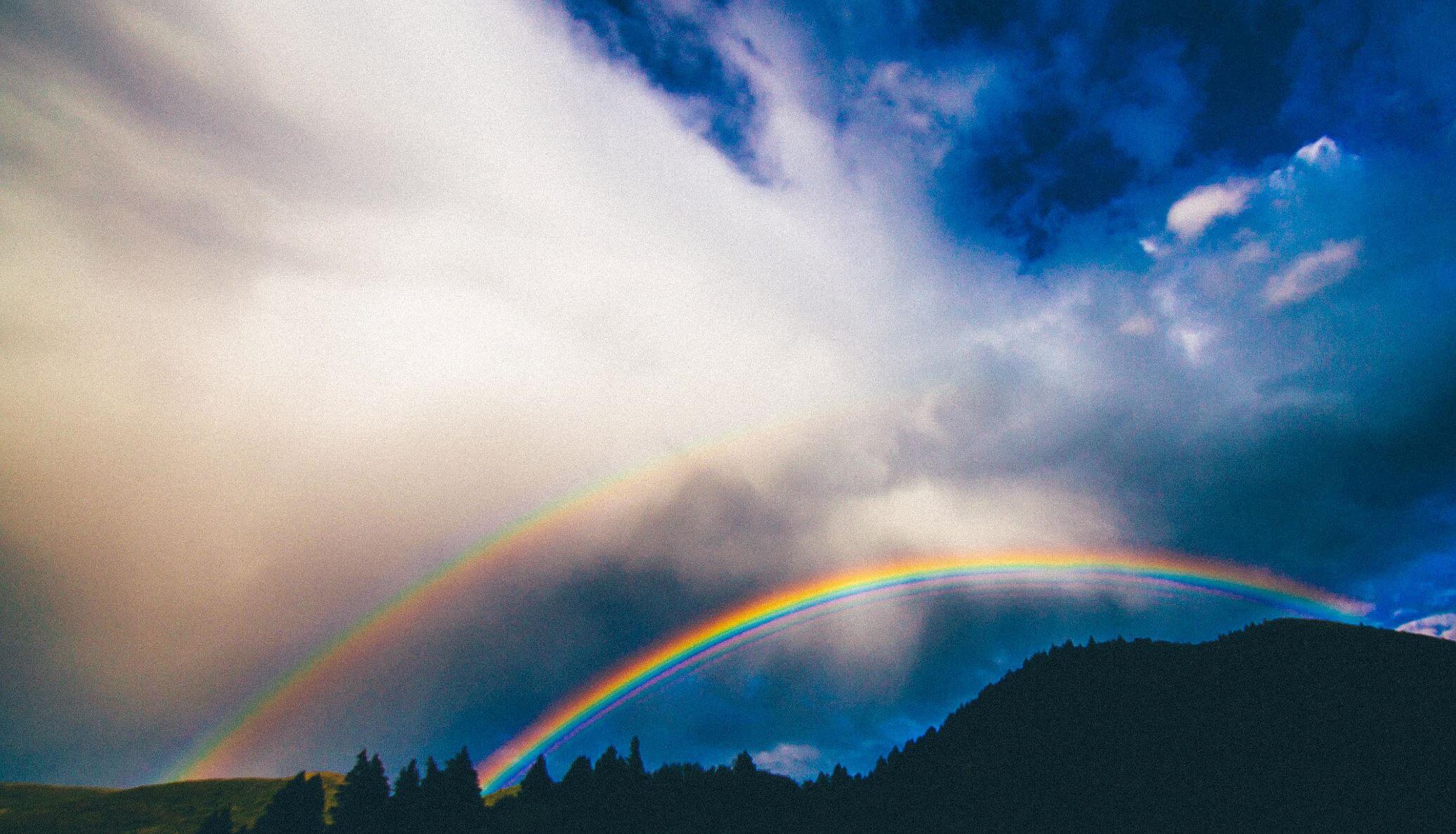 A unicorn is a private company with a valuation greater than $1 billion. A decacorn is a huge unicorn (ten times a unicorn to be exact).

Decacorn IPOs in the technology world are extremely rare — think companies like Facebook, or Google. In 2017, we could have 10. The 2017 IPO market could be one for the ages.

I don’t think there will actually be 10 technology decacorn IPOs in 2017, likely not even close. But I do think we could see several. Predicting exactly which companies will go out next year, however, is a silly game. If I have learned anything working on IPOs in my career, it’s that predicting which IPOs are going to happen in a given year is a terrible idea.

To help prove that point, let’s go back to the beginning of 2015.

There was market excitement about what the 2015 IPO market would bring, it coming on the heels of a strong 2014.

Unfortunately, the 2015 IPO market turned out to be weak:

Before the wheels started to come off, however, optimism was off the charts. The optimism proved premature.

Demonstrating the optimism, many publications printed ‘expected IPO’ lists for the year. Let’s take a look at one, for context.

Inc’s Jeremy Quittner published an expected IPO list for 2015. Its entries were nearly all tagged for the wrong year (Apologies in advance to Jeremy, wherever you are today, for bringing this back to life.):

Nine of the twelve companies are still private.

To take the point further, all nine of the remaining private companies are today on most everyone’s 2017 IPO wish list. Predicting IPOs is a silly game.

To be fair, I found several related lists while researching this piece. And to be even more fair, had I prepared such a list in December of 2014, it would have looked similar.

The market is still unpacking the reasons why these companies didn’t go public in 2015, but I think three things have generally come to be understood:

Because Quittner’s 2015 list is still so strangely relevant, it’s reasonable to ask if any of the three problems have been solved by the companies in question. There are signs that that is the case as we head into 2017.

There are rumors out now that decacorns are preparing for their IPOs. Some have even admitted to it. Therefore, it appears that several of the companies on the 2015 list may be ready this time around.

What changed? The private-market cash spigot was supposedly turned off for some companies in our original 2015 IPO list. That change of events may have added new pressure to the group to find capital elsewhere. And, if there is a question left for the group, it’s valuations, but it won’t be an issue for them all.

Fortunately, I do not need to prepare my own 2017 IPO wish list. There are already several to be found via Google, Quora, and even Mattermark (at least somewhat with Alex’s fun unicorn IPO drinking game here).

Out of all the lists I found while writing this piece, my favorite is from US News: “10 Most Anticipated IPOs of 2017,” which includes the following companies:

Oh my this list is dreamy, even with the surprising absence of Airbnb. Unfortunately, it is highly unlikely all of these will make it out in 2017. But damn, that would be fun.

From here on out, I’m speculating, but everything that follows is based on my experiences from being entrenched in the Bay Area IPO world for the past decade. That and recent conversations in the surprisingly small IPO world (something that I touched on earlier in 2016 here.)

Here’s my take from what I have gathered:

Snap Is Big And Shiny

We should all be prepared to be drowned in Snap coverage leading up to its IPO, which could be here as early as March 2017.

I’m cool with this, as I suspect most IPO fanatics are. But this onslaught will be a bit much for everyone else because, generally speaking, the public doesn’t care about the details when it comes to companies like Snap.

Everyone I know fully expects the Snap IPO to go well, but there are legitimate questions about its proposed valuation. I am definitely not arguing that Snap’s valuation is correct; $25 billion is a huge number. I look at 409a valuations every day, and I struggle with the fundamental breakdown of this valuation, but my point here is that I don’t think the public cares about fundamentals when it comes to things similar to Snap.

It would not surprise me at all to see this IPO go absolutely crazy. Snap is very shiny.

Uber doesn’t seem to be working on an IPO in any dedicated capacity at the moment.  I could be totally wrong. Uber is secretive and a bit strange, but nothing seems to be happening.

Maybe Uber is a brilliant secret keeper, but I doubt it. It is much more likely it is doing exactly what Travis says it is: taking its time in regards to an IPO.

Not to state the obvious, but Uber is not your typical startup; getting ready for an IPO will be extremely challenging for the company.

I truly can’t imagine what it would be like to manage the growth Uber has experienced in recent years. If Uber really has not yet started preparing for an IPO, Travis’ analogy comparing Uber to an eighth or ninth grader being asked to the prom isn’t ridiculous. The company may actually be years away from an IPO.

There are supposedly over 500 companies in the IPO pipeline.

Of these, approximately 10 are technology decacorns. And as you may have noticed, this entire piece so far has only addressed the most intriguing of pre-IPO companies.

Notably, the big unicorns and decacorns on the 2017 wish list don’t really care about IPO windows. As long as the firms are prepared to go public, they can go whenever. If the window isn’t open, they can smash through the frame.

The less established firms in the pipeline, however, will need a window. To find out more about this crop, I caught up with Previn Waas, an IPO audit partner for Deloitte here in the Bay Area, who explained the following:

“Looking at the last couple of years of IPO activity, it seems 2017 could be shaping up to be a favorable year for unicorns and large technology companies. We expect a number of more established tech disruptors to go public. The wild card will likely be whether the momentum will carry less established companies toward an exit in 2017 or if they will hold out for a future window.”

I very much agree with this.

Unfortunately, it seems that many of the less established companies may have to wait for a coming open window or start looking to be acquired.

That isn’t to say that none of the smaller companies will get out; I fully expect a decent number to do so, but really only the absolute best of them.

There Will Be Noise Over Substance

The President Elect (PEOTUS) will impact the timing of some IPOs in 2017.

(I have a lot to say about PEOTUS, but this isn’t the time or place. I will just say I am really not a fan.)

IPO markets hate volatility and unpredictability. While the IPO market hasn’t been a big part of recent political debate, some do think it is possible that this PEOTUS could create some policies that help business and, in particular, IPOs. He does seem to like being rich and helping other rich people, and IPOs are a rich person’s game right up until that opening bell rings.

This Could Be Good

There are skeptics, but the prevailing thought is that the 2017 IPO market is going to be strong; I agree.

In fact, I think 2017 is going to be one of the most interesting and talked about IPO years ever. Not to be overly dramatic, but it really wasn’t that long ago when the term “unicorn” was coined because such companies truly were rare. “Decacorn” is an even more recently invented term. Therefore, if we do end up with multiple decacorn IPOs in 2017, I think we can safely classify it as strong.

Barrett Daniels is the CEO and cofounder of Nextstep Advisory Services. He’s also worked on more than a fistful of IPOs that you know by name.