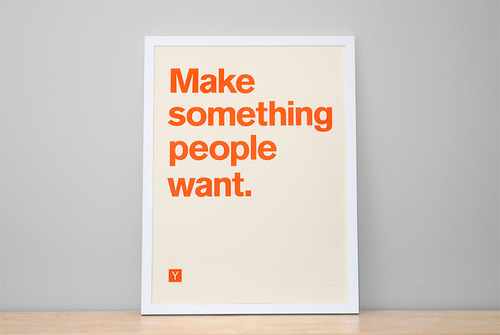 As the Golden State Warriors were mid-game, Business Insider published a post around 7pm (Update: their timestamps are Eastern Time — my bad) last night highlighting a regulatory filing that came through earlier in the day: the introduction of the “Y Combinator Continuity Fund I, L.P.” and the speculation began.

Very little is known about the fund at this time. The dollar amount is currently $0 with no money yet to be raised, and the only name on the filing is that of Jonathan Levy who is long-time in house counsel for YC.

My reaction upon reading this news was, “finally!” and I’d like to share my personal opinions of how this fund might be used, and what kind of impact it may have on founders in the YC program and beyond.

While founders pursue Y Combinator for their earliest round of funding (full disclosure: we went through the program as Referly in the Summer 2012 batch) it is a small number of companies, maybe just one or two in each batch, who progress through rounds of funding, hiring and product development to become extremely valuable.

YC has been around long enough to have several valuable late stage companies in their portfolio including Airbnb, Dropbox, Teespring, Instacart, Optimizely, Stripe, Zenefits, Mixpanel and many more. The companies I just listed are either unicorns, or on the cusp of being there, and YC may view it as a good idea to continue taking their pro-rata as valuations rise and their initial ownership share of ~7% is diluted.

Part of participating in YC is about getting comfortable with sharing your metrics with your team and the partners, and holding your company to a high standard when it comes to growth. Afterall, it is Paul Graham’s famous post “Startups = Growth” that provided widely available and applicable guideposts for how much a company needs to grow to be venture-backable.

I imagine this culture lasts beyond the end of the program for the best companies, who continue to grow and stay close to YC. This means Y Combinator has fantastic information on the lifecycle of high growth companies and probably has strong pattern matching to identify which companies could be good recipients for the continuity fund.

While investing in existing companies is the most obvious option, another interesting angle would be to participate in rounds where an M&A transaction takes place. This would give YC the ability to make seed investors of an earlier stage company whole as it is absorbed into larger more established YC companies, without impacting the cash on the company’s balance sheet.

These small acquisitions are already taking place with financing by VC investors, and it would be interesting to see if this is something YC could standardize and streamline. We’ve done 2 of these acquisitions so far ourselves (not of YC companies or with YC’s help), and making them easier and cheaper would definitely be helpful!

Some people have said YC could introduce signaling problems for companies if they decided to invest in some and not others. I think this might continue to be an issue immediately following Demo Day, but given that many companies in each batch never raise funding, and many more fail to make the leap from seed to Series A a year or so later, YC could simply back companies that survive long enough — months or even years after Demo Day has come and gone.

In this situation, there would be far less (if any) signaling risk there because they can participate in existing rounds that are already being lead by other investors. A firm like Correlation Ventures might provide an instructive example, as they take a formulaic approach to investing based on an objective set of criteria which include a significant investment by a top tier investor.

Update: Y Combinator has declined to comment on this post & published details on the YC Continuity Fund (10/15/2015).

Sam Altman, President of YC Group (YC, YC Continuity, YC Research, and our new online class) said in the release, “in response to requests from a number of YC founders, we’ve raised a new fund called the YC Continuity Fund, which Ali will be running.  This fund will allow us to support YC companies well after Demo Day in two primary ways.” Here’s the full post called YC Continuity.

The filing is quite standard, and as it is under the 506(b) rule it is unlikely the fund will confirm or comment as that may be construed as general solicitation. Mattermark automatically looks for Form D filings (like this one) as well as amendments called “Form D/A” and will keep you posted as new filings emerge indicating the size or other attributes of this fund. Please tweet to us @Mattermark or send your thoughts to editor@mattermark.com