tl;dr: Women venture capitalists may not be better than men directly, but their involvement is positive for the industry overall. 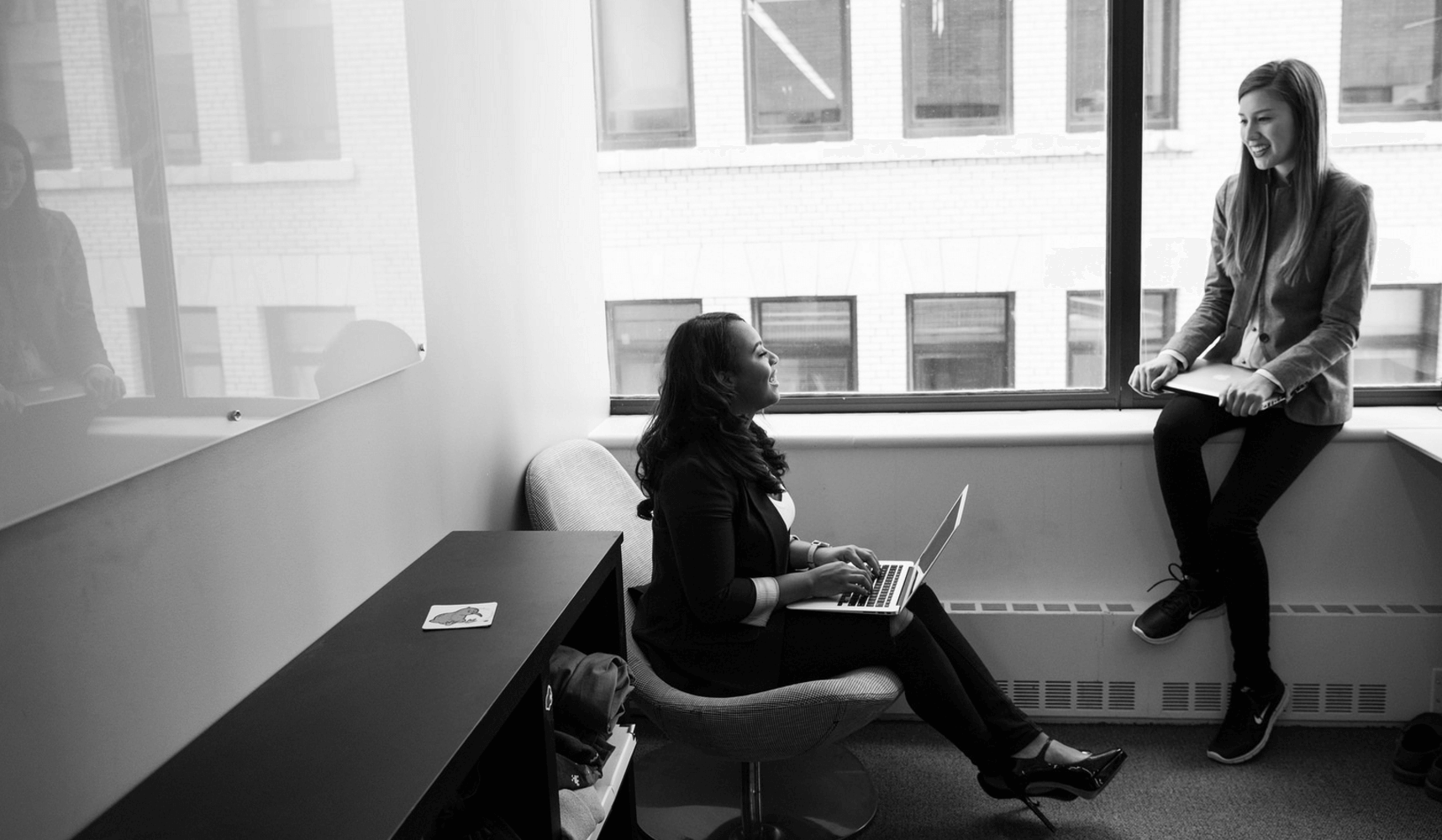 As the broader technology industry wakes up to its lack of diversity, the investors who fuel its growth are slowly coming around. Leaving aside misguided op-eds asking women to effectively terminate their identities, some are saying that not only do women VCs measure up to their male counterparts, but that they might excel past the average.

WomenVC is a peer group that maintains a list of female investors in the United States, among other mentoring and educational resources. Near the end of August, the group, in partnership with PE Hub and Venture Capital Journal, published a study called “How do women investors perform in venture capital industry?”. This report implicitly suggests that women investors’ returns exceed typical industry results.

Mattermark examined other studies addressing this question and asked a number of women VCs for their take on the matter.

The gut response from most of the women we spoke to was doubt that women investors did better than men: 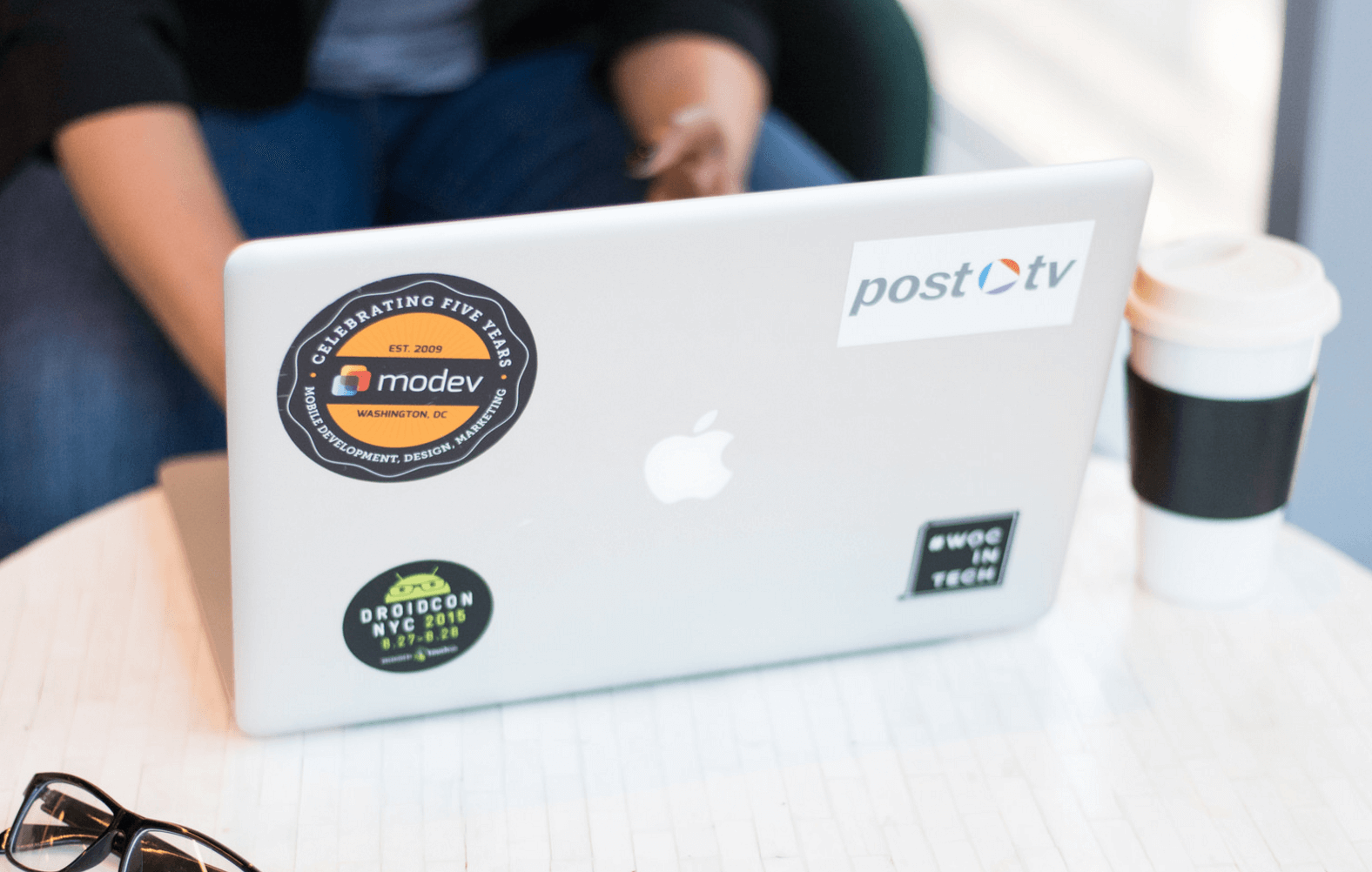 This Data, That Data, Everybody Do the Data

WomenVC’s analysis was based on 2010-2013 data gathered from diverse sources including 1,986 venture firms, 721 women partners or C-level executives, 253 women who led deals or held a board seat at portfolio companies, and more than 3,000 companies associated with them.

The overall performance of women venture capitalists’ portfolio companies is 3.78x (total value to total funds raised by portfolio companies). […] If we consider possible errors, and adjust this calculation as if it were one massive venture fund, including all management fees, carried interest and possible expenses, the return multiple remains above 2x (total value to paid-in capital).

WomenVC compares this to “the average net return multiple” of US venture funds. Per the Kauffman Foundation’s analysis, “The mean net multiple in our portfolio of ninety-nine funds is 1.31x.” WomenVC’s report says that women investors do almost three times as well as Kauffman’s benchmark, by certain measurements.

Keep in mind that Kauffman’s 99 VC firms is a fairly small sample size. Also, the nature of returns to LPs is similar to the nature of returns to VCs themselves: one unicorn going public can validate the whole fund. If your portfolio has a bunch of duds but also Uber, the mean average might be deceptive, and the same holds true of high-performance VC firms.

WomenVC insists in the report that they “chose not to continue whining and obsessing over number differences” between women and men.

However, the comparison between male and female VCs has been drawn by other researchers, and their findings contradict WomenVC’s report. 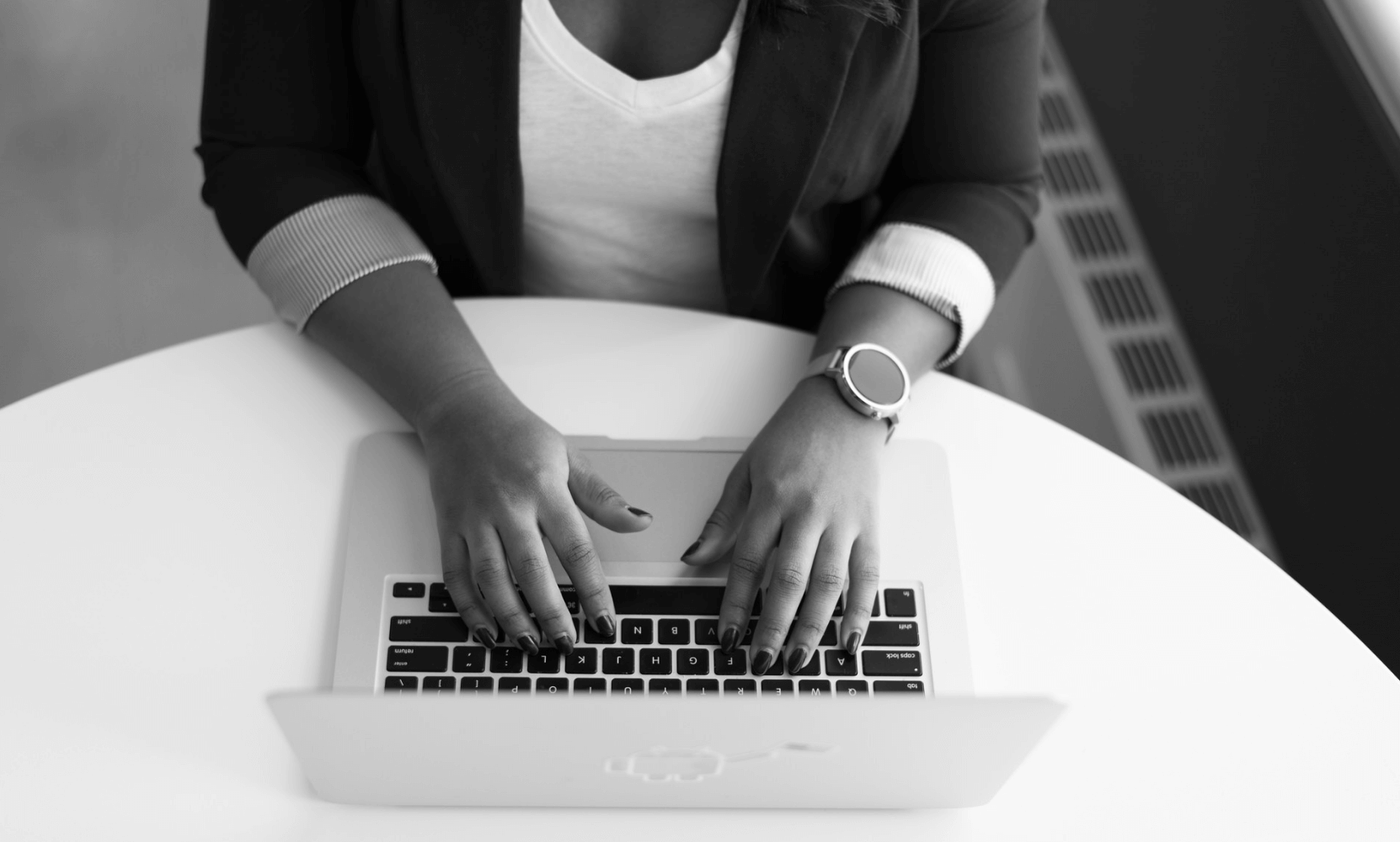 Paul Gompers of Harvard Business School, Vladimir Mukharlyamov of Georgetown University, Emily Weisburst of the University of Texas at Austin, and Yuhai Xuan of the University of Illinois at Urbana-Champaign collectively authored a study called “Gender Effects in Venture Capital” in 2014, based on data spanning 1975-2003. Its conclusion stated:

The study led by Gompers doesn’t indicate that female investors are lower quality than male investors, but it does undercut WomenVC’s assertion that women’s portfolios excel beyond the average.

How It Feels On The Ground

All of the women VCs that Mattermark spoke to for this article emphasized the business benefits of diverse teams rather than isolating women’s results.

Kate Shillo, director of Galvanize Ventures, explained on the phone with Mattermark that when people have a variety of different backgrounds, you get “a more robust conversation.” “It’s more fun, but it’s also more interesting,” said Shillo.

While Shillo noted that despite venture capital’s infamous gender and racial imbalances “people are trying to find ways to be more inclusive,” there are still issues. “I don’t think [inclusiveness is] happening at the same sort of clip at the partner level,” said Shillo. “I wonder how many women feel the opportunity that a partner track is laid for them at a diverse venture fund.”

Maha Ibrahim stated, “If venture firms don’t better represent the entrepreneurial pool and the population at large, you’re going to see the skew. […] The ratio of male to female entrepreneurs will be high. […] And that’s why I really suggest strongly that VC firms hire more female investment professionals — and — as important — promote those female investment professionals.” 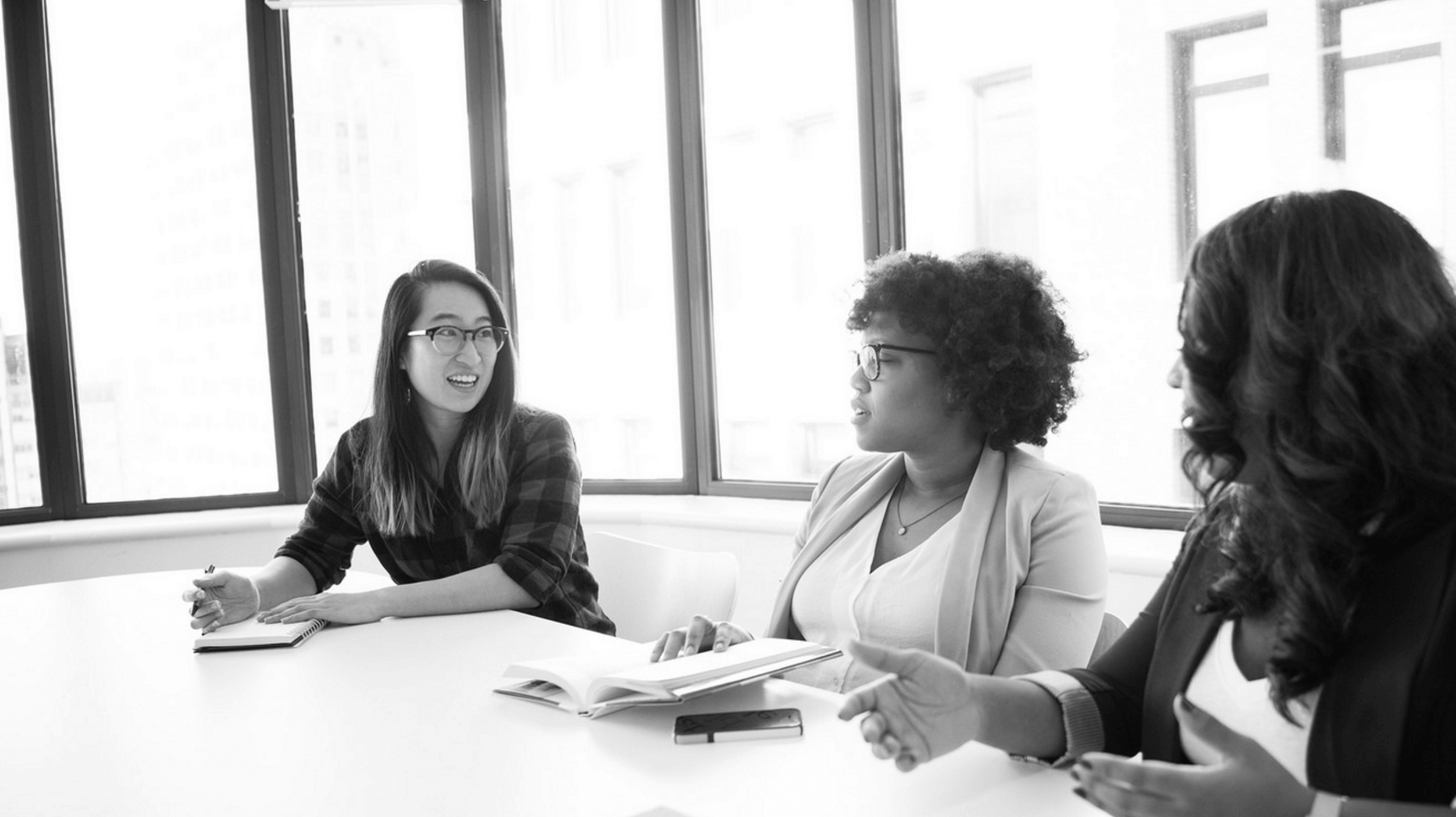 Jenny Lefcourt commented, “You don’t just need [women] sitting at the table; you need to have a culture where that voice is wanted, and listened to, and has authority in decision-making.” Lefcourt is also optimistic: “I think it really is changing. […] Is it for social justice or is it for business reasons? I believe that it’s for business reasons.” She quipped, “If I were in an all-male firm right now, I’d definitely be saying, ‘I need one of them.’”

Who Do They Fund, And How Does It Go?

The women who spoke to Mattermark also mentioned that the bar is higher for women on both sides of venture capital, so it’s intuitive that they would perform disproportionately well. If only the very best women can break into venture capital or successfully found startups, as opposed to a broader spectrum of men, then it’s unsurprising that these women excel.

Still, “investment in [women-led businesses] does have a positive influence on VC firms’ results, measured as the public offering or acquisition of portfolio companies in which the VC firm has invested.”

Sahil Raina, assistant professor of finance at the Alberta School of Business, found that women and men’s startups performed very differently, but that the gender composition of the investment firm backing them could eliminate the disparity:

Michelle Tandler, an associate at Trinity Ventures, pointed out to Mattermark that the way to build a rock-solid career in venture capital is to find and win a “hot deal.”

Ultimately, who gets to be a venture capitalist and how well they perform in that role is a complex question with lots of inputs. We come away with a fuzzy result that more women being involved in venture capital, whether they’re cutting checks or accepting them, is good for returns. But why exactly that is, and in what way it’s true, is still unclear.

The bottom line is that women are half the population. As Jenny Lefcourt pointed out: “To have half of the population not represented at a company or a partnership, you’re going to limit the viewpoints” and thereby limit the investment opportunities you’re able to understand.

And if you can’t understand something, how can you profit from it?

Change note: WomenVC requested that we specify the timeframes of the data analyzed in their own study and Gompers’ study, respectively.

Images via Flickr user WOC In Tech Chat (#WOCInTechChat) under CC BY 2.0. Images have been cropped.