There was a time, long long ago, when investing before Series A was the territory of angel investors and a small handful of incubator programs. As the economy recovered from the financial crisis, early stage startup funding was slow to bounce back in 2009 but by 2011 had eclipsed its pace before the crash. Since then, it’s been mostly an upward trend overall. 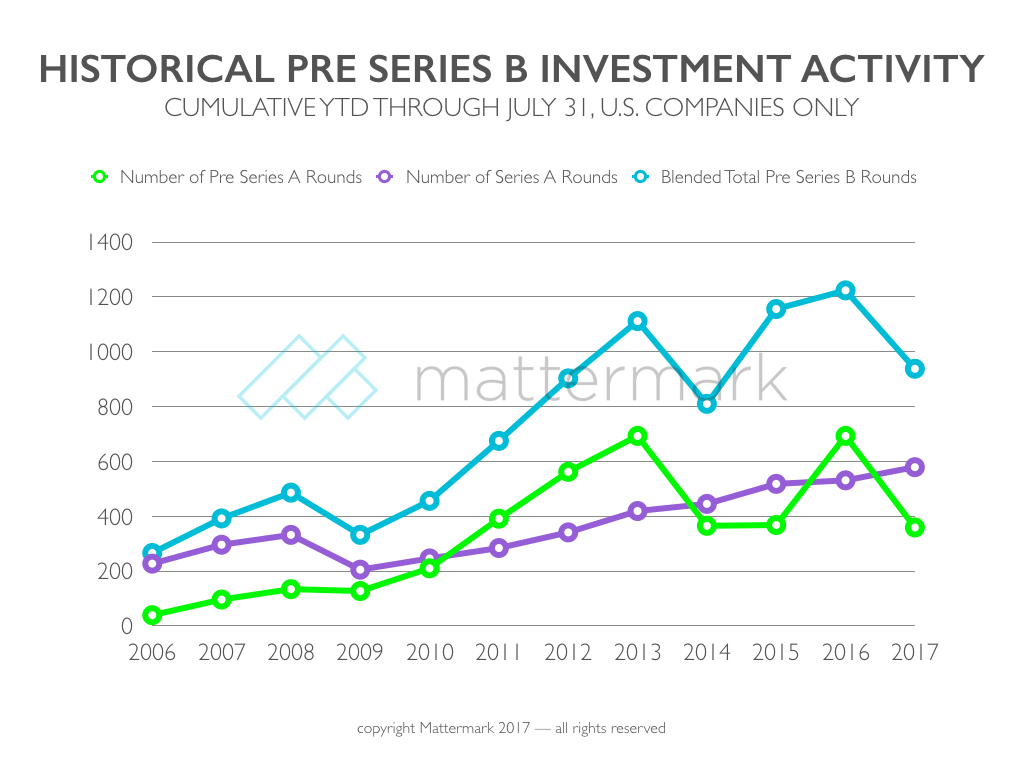 However, with the introduction of hundreds of new “micro VC” funds (sub $50 million managed by new managers), some interesting shifts occurred in terms of what “Series A” means (or doesn’t). As Mattermark cofounder Andy Sparks explains, the system for labeling fundraising rounds is broken and useless. This sure does make running product fun here at Mattermark!

I was mulling over this data on Twitter this morning, trying to figure out why seed funding could be down so dramatically, which kicked off an interesting conversation.

Some possibilities suggested in the replies include naming issues, rounds not being announced, media not even wanting to cover funding stories, and investors moving back up to VC. I combined all the rounds pre Series B to see if there is a major sea change in the entire early stage “bucket” of deals, and it looks like the deal volume is actually about the same as last year (-2%), while the overall dollar amount has shrunk (-23%). 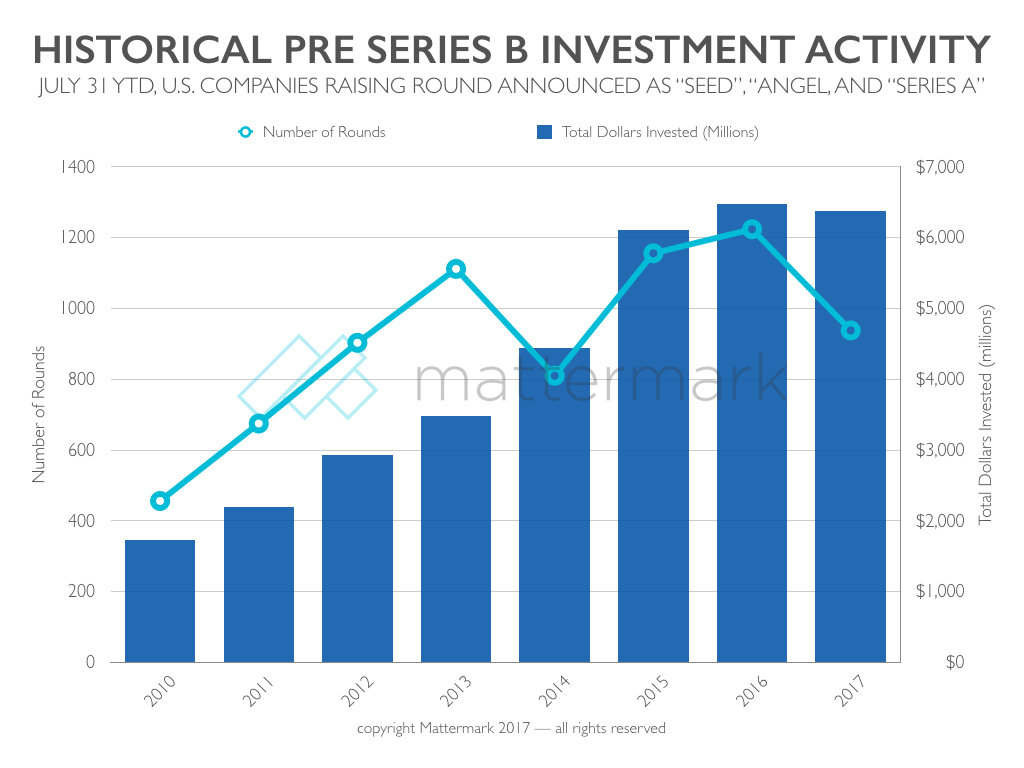 Tweet to us @Mattermark with your thoughts on what might be going on with these trends — we’d love to hear your thoughts!