Editor’s Morning Note: We’re a month late, but hey, this is still something you should know about. 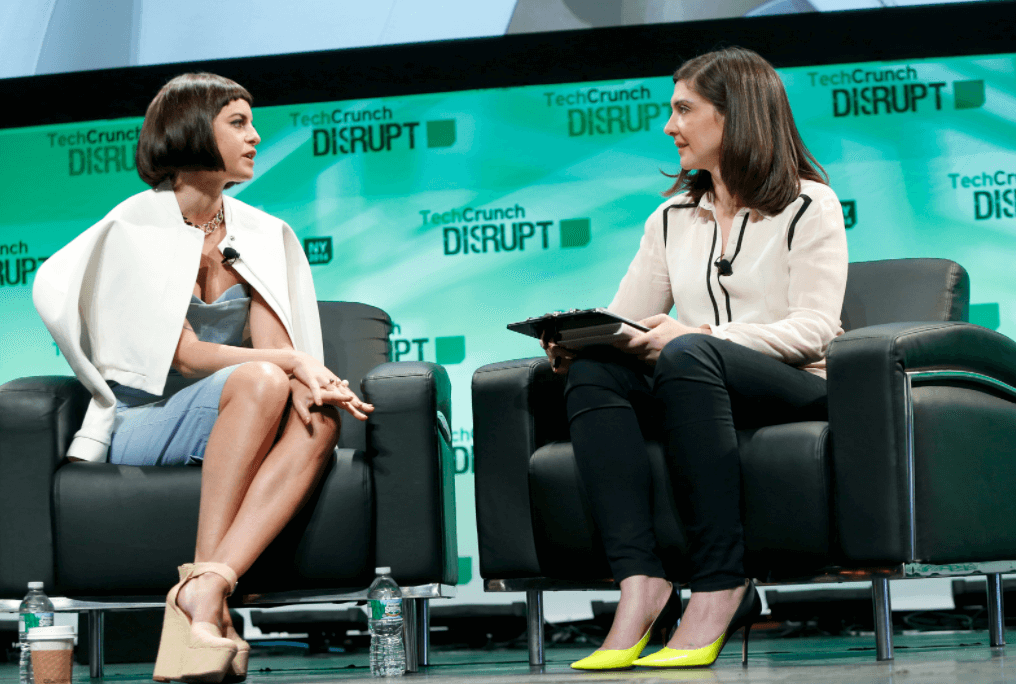 Nasty Gal filed for bankruptcy this November. The popular ecommerce brand that once started its life as an eBay store grew quickly only to see its sales flatten, and fall.

The company’s troubles came after its founder and former-CEO Sophia Amoruso wrote and published a memoir about her experiences starting Nasty Gal. I can confess to reading it twice. It’s fun, and empowering.

Amoruso stepped down from as CEO more than a year ahead of the bankruptcy filing. She later resigned her executive chairwoman role.

As far as startup stories go, it’s an interesting one. And we are so late to it that we are in precisely zero rush. So, let’s have some fun.

What It Was Worth

From her book, written when things were a bit better for Nasty Gal, Amoruso wrote an interesting passage about how her company’s success had changed her life.

The full selected bit (Thanks, Google.) is worth reading. However, the last two paragraphs are the mandatory segments: 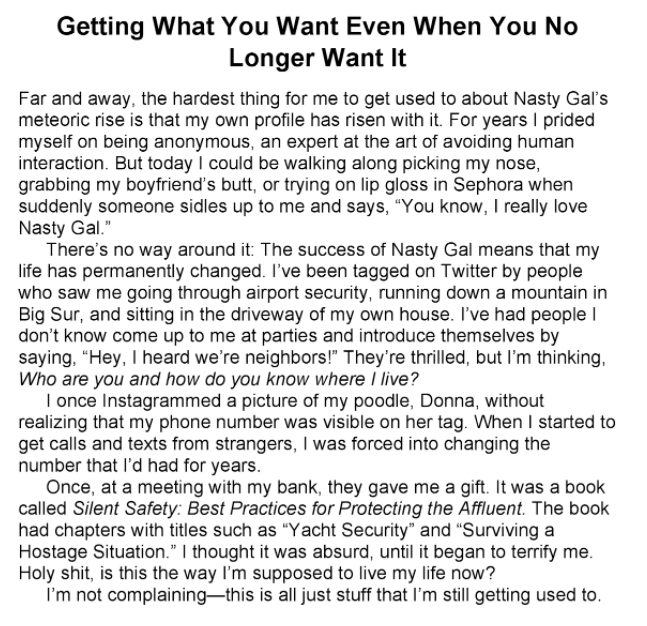 Such commentary was notable when Nasty Gal was coming up, and now seems quite out of place. But, that’s often the nature of business.

What It’s Now Worth

Keeping in mind that, at one point, Nasty Gal was a highly valued company that had raised more than $60 million in external capital, here’s where its bankruptcy proceedings left its value:

If Nasty Gal is forced to shut down in what the document calls a “fire sale,” its value would just be $10 million according to the filing. That’s, you’ll note, far less than the company raised alone, let alone was worth any prior points.

So, what happened to all that value? Well, let’s talk about a negative revenue trend.

Nasty Gal, as we noted before, grew very quickly into becoming a household name.1 However, that rapid growth did not last.

Or, in fewer words: Revenue fell sharply in 2015, leading to a huge loss. That’s not good. And then, even when things got a bit better at home, abroad sales were still a mess. And, of course, forex headwinds.

Here’s a more detailed breakdown of the company’s results:

What is the value of a money-losing ecommerce brand with cashflow problems, debt issues, and stubbornly negative EBITDA.

The lesson in all this, at least for me, is that growth absolves nearly every sin. Companies can make all sorts of comically stupid errors, so long as they are growing. Short-term growth implies that future cash flows are worth more. Valuations rise, and employees are happy.

Cut growth to zero, or further, and you enjoy the opposite of a positive feedback loop.

We can close our small note here, but I want to close on an incredibly self-absorbed self-quote. From my review of Amoruso’s book, the following kicker is worth using again: