tl;dr: Want to raise money outside of Silicon Valley? Here’s a fresh look at where the money is flowing beyond the bubble. 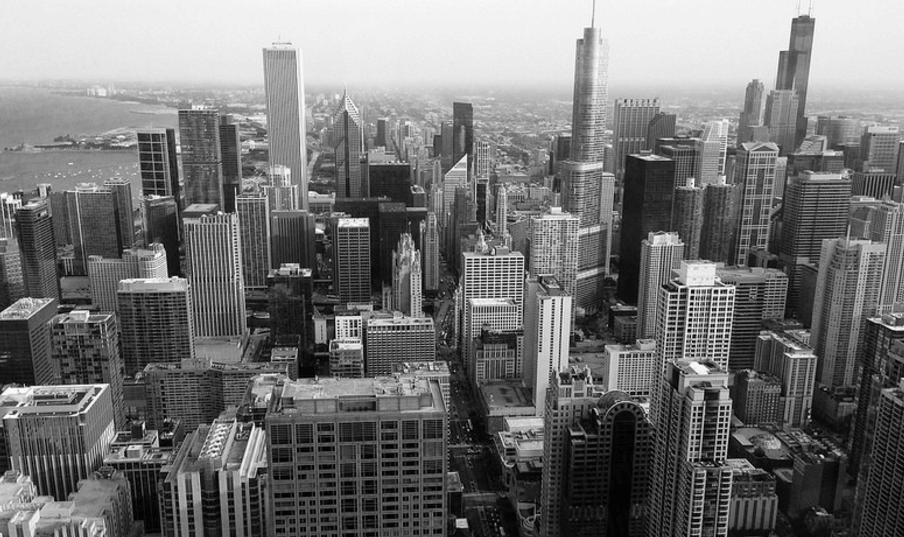 Startup fundraising. People like to talk about it. Founders get the opportunity to brag to their friends in their local startup community while simultaneously sweating decisions about how to best put their new money to work.

Without funding news, half of the tech writers from sea to shining sea would be out of a job. That’s because, even if the stories are similar, people love to read about it. So do many readers of this blog.

In January I wrote about the changing trends in startup funding activity in roughly a dozen different cities across the United States over the past four years. The goal of that piece was to find out where it was best to raise money outside of Silicon Valley.

It’s high time to revisit the premise of that post, but this time with a different question: Is it true that the risk capital gravy train is slowly derailing?

Reading news of a barren tech IPO market, scandal after scandal at billion-dollar startups, and tumbling valuations that may send some ‘unicorns’ to the glue factory, doom-and-gloomers have a good case on their hands.

But, are things really that bad, compared to this same time last year?

To answer that question, we’ll revisit the cities I first profiled. And, thanks to the requests of entrepreneurs and investors from everywhere between Philadelphia and San Diego I’ve added a dozen more that I neglected to cover the first time around. (I have also included a table containing all of the regions I covered at the end of this post.)

Here’s what’s going on: Is the sky falling? No. Has there been some pull-back by early-stage investors? Yes.

In aggregate, the total dollar volume of deals struck in the more than 25 regions I analyzed decreased by roughly 5.5%, driven mainly by a decrease in Series B funding.

Additionally, the aggregate number of deals decreased in lock-step with dollar volume, declining by 4.55%.

Looking at specific metropolitan regions provides a more clear picture of who is experiencing the biggest cutbacks (and most significant gains) in startup investing activity.

Some markets have seen very significant declines in investment interest. Two cities, Nashville and New Orleans, have no recorded deals in Q1, 2016, compared to a cumulative $7 million in deals in the previous year. As we can see, in the table below, some cities had a very rough start to the year.

In favor of the doom-and-gloom argument, it seems like there is a significant slowdown in Seed, Angel, Series A and Series B investment in some of the country’s largest investing markets. In nine of the ten displayed above, the average number of deals struck declined, sometimes by more than 50%. (Minneapolis saw no change.)

These markets also experienced declines in the average deal size in Pre-A, A and B rounds, with Seed, Angel and Series B deals taking the worst of it in percentage terms. If the change between Q1 2015 and 2016 is any indicator, for startups based in these markets can successfully raise a Series A, the combination of smaller and fewer series B checks may present significant challenges going forward.

That being said, there are a lot of places where startups have had a comparatively easy time raising money.

What’s interesting about these markets is their small size. The combined money invested in these markets in the first quarters of 2015 and 2016 is only slightly larger than what investors put into Silicon Valley companies in Q1 of 2015 alone. The biggest winner in our comparison here is Boston, which has long been the center of biotech and pharmaceutical innovation and investment.

However, smaller ’emerging markets’ for startup investment seem largely unaffected by the bearishness in established startup hubs. In general, these markets are not only seeing more deals, but a higher average check size for each deal. In cities like Kansas City, San Diego, St. Louis and others, companies that raised rounds in Q1 2015 raised fresh capital this year. In other words, these companies see no reason to leave home.

So, what to make of this? On the one hand, it is true that several of the biggest markets for VCs and angel investors’ money had a rocky start to the year. At the same time, though, there are a number of bright spots.

Apart from Boston’s biotech boom, there are a number of promising energy, agriculture and infrastructure startups being built outside the Silicon Valley and Silicon Alley bubbles, and many of these companies have raised respectable rounds within the last three months.

However, the outlook for companies located in highly competitive regions, or those building products in crowded spaces (mobile, enterprise SaaS, etc.) is by no means bleak, it isn’t rosy either. It’s unclear whether the end of 2015 or Q1 2016 will be seen as the time when the startup market began its long correction, or whether this is just a minor setback to the upward momentum I identified in January.

Regardless, companies situated in emerging startup ecosystems and a few choice sectors have plenty of reasons to stay optimistic.

As promised, here’s that table. 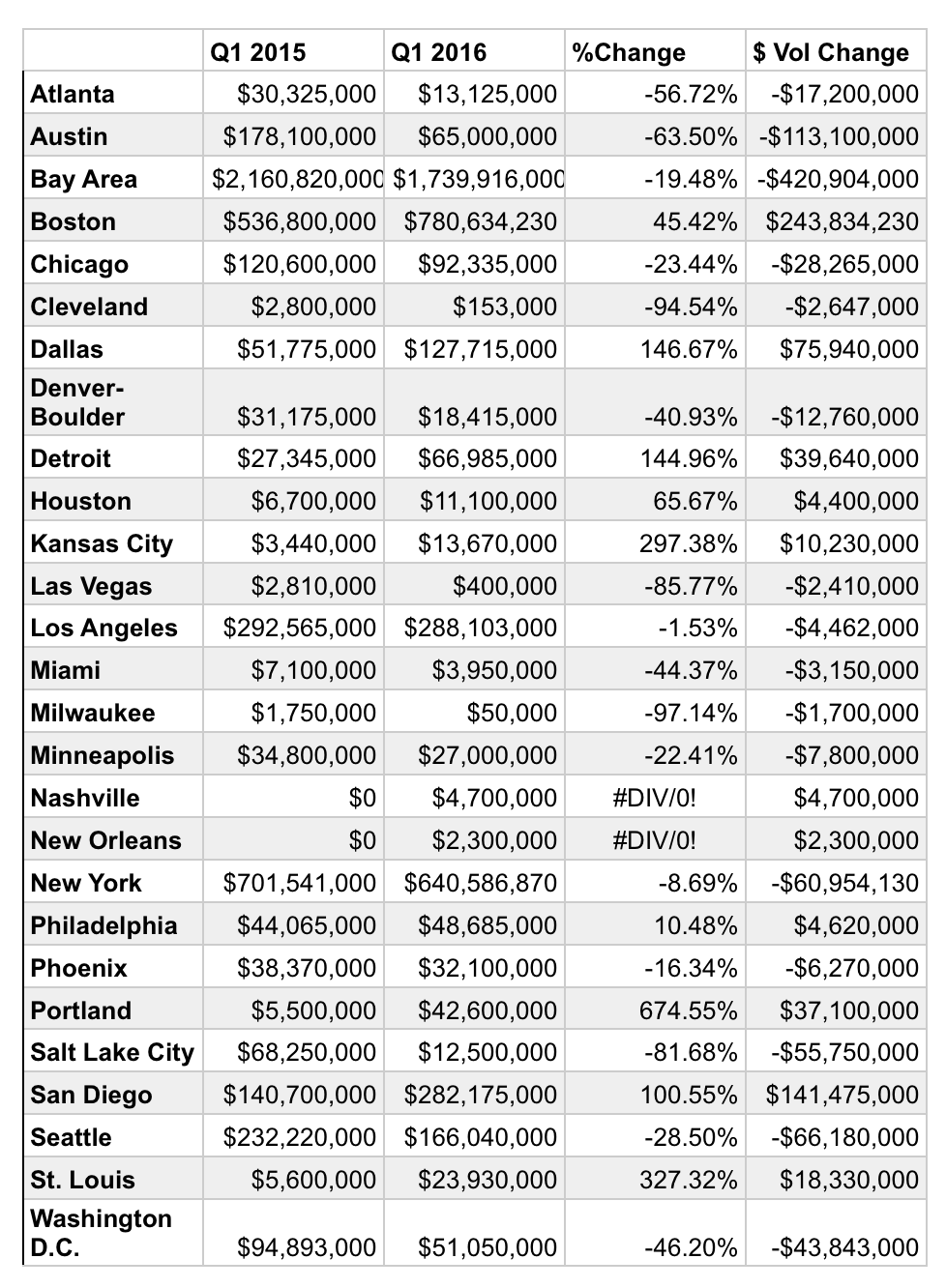 Featured Image via  Kevin Dooley under CC BY 2.0. Image has been cropped.