Correction: According to Reuters, Tableau has raised more than $100M in venture capital, although regulatory filings for these additional rounds have still been difficult for me to track down.

Seattle-based Tableau Software, filed its S-1 documents for an IPO earlier this month on the New York Stock Exchange, and even snagged the sweet ticker symbol $DATA. With a total of $15M in two venture funding rounds in 2004 and 2008 from New Enterprise Associates, it can be assumed that the founders and employees of the company have managed to hold on to plenty of equity and will enjoy significant personal financial outcomes when the company enters the public markets.

The company provides products for data visualization that are used on your desktop to analyze propriety data sets and turn them into compelling visuals with ease. This may sound unsexy to consumer tech junkies, but it has massive value for the analysts, business intelligence and data management professionals using it every day in their jobs.

It’s easier to get excited about consumer technology companies with big news, because we can easily download their app or visit their website and get hands on with the product to evaluate for ourselves how “deserving” of the good news they are. With B2B companies this can be a bit trickier, so I’ve dug up some notable data visualizations made with Tableau to give you an idea of the end results.

A Tale of 100 Entrepreneurs – “How Long Does It Take To Build A Technology Empire?” Wall Street Journal

Sanjay Bhatt of the Seattle Times won the 2011 Gannett Award for Innovation in Watchdog Journalism for his story on mortgage modifications, using this data visualization.

What Customers Are Saying

A quick skim of Twitter reveals an active community of Tableau users, many of whom even publish their data visualizations to the web for others to see or include them in news stories and blog posts.

Just used @tableau for a presentation at school for the first time. Nailed it!

The TableauLove Tumblr account, created Russell Christopher, an employee who loves them “so much so I totally stalked them (in kind of a spooky way) and convinced them to hire me”, shows a ton of interesting visualizations. The company also recently added the ability to follow other data dorks (I say this with love, being one myself).

Last month, before the IPO filing was made public, Alex Williams of TechCrunch reported he was fairly non-plussed with Tableau 8.0, bemoaning that the company has yet to release a SaaS version of its product that could be run in the browser and expressing annoyance that downloading the new Tableau Public software required Windows to install. He said:

Tableau Software is a world-class company, but this release shows that they are behind the curve. The APIs Tableau is offering illustrate that the company is taking a new direction. But APIs have been standard for years.

Tableau offers software that brings simplicity through visualization. During these years, a wave of innovation has happened, making it easier to do visualizations that were not possible just a few years ago. By not offering a SaaS capability, Tableau is leaving a lot on the table and forcing the company into ever deeper relationships with a host of fellow legacy software providers

While Williams made SaaS sounds like some kind of silver bullet the commenters were not having it, criticizing the story as a “drive-by review”, “shill for Chart.io”, and pointing out “the ‘cloud’ bias that Techcrunch appears to have”. My personal favorite:

With all due respect, Tableau is as solid as it gets when it comes to Enterprise IT. They are not building for Silicon Valley hipsters who think that their tiny little MongoDB qualifies them to be Big Data experts. They are building for real companies of mid-America, and their products solve real problem.

O, yeah, comparing Chartio and their two customers to Tabeleau is like comparing a child’s tricycle crowdsourced on Kickstarter to a Formula One race car.

GigaOm also cast some aspersions on the IPO, asking whether big data visualization is over hyped and suggesting that how this IPO goes will either validate or pop the big dollar amounts some market experts predict this sector will reach in the coming years.

If I were a founder of a profitable company that had taken very little venture capital and was looking at a massive IPO, I’d probably be thinking something along these lines. 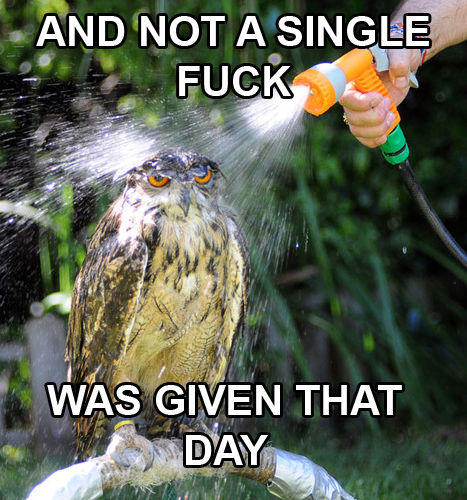