tl;dr: Venture capital funding marijuana startups gets the hype, but the big money is in the public markets. Here’s why. 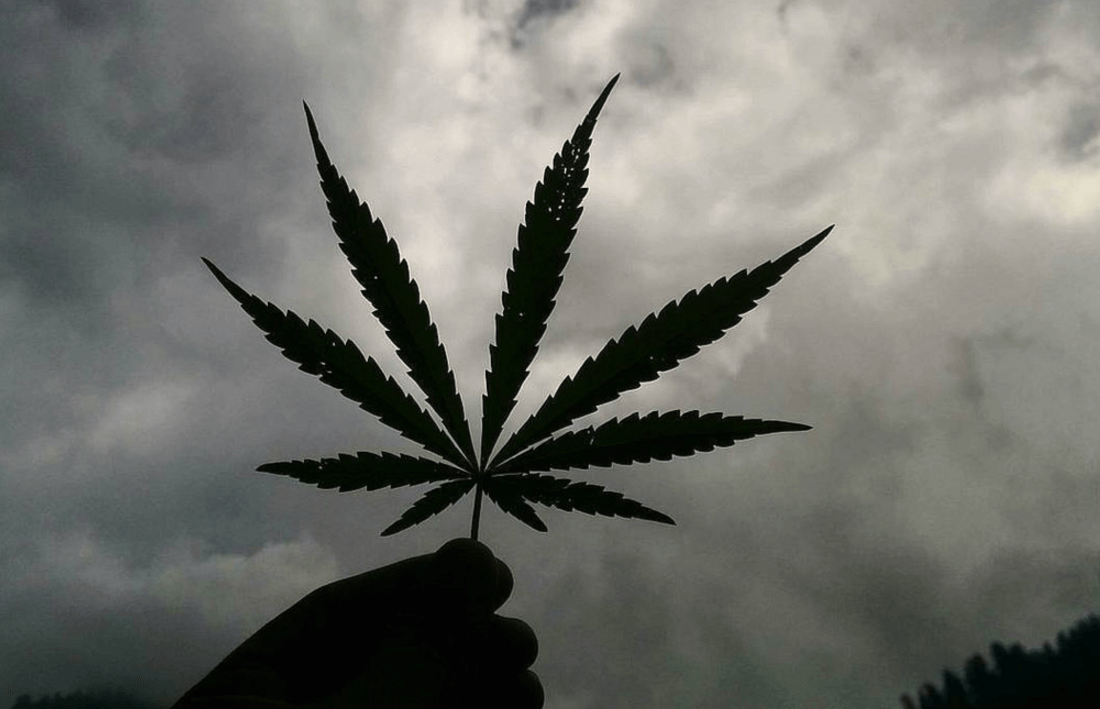 What a time to be alive.

Branding executive turned politician Donald J. Trump is President-elect of the United States. Facebook, which continues to claim it is not a media company, may have swayed the election with the proliferation of fake news. And as of last week, the New York Stock Exchange listed its first public marijuana company, Innovative Industrial Properties.

The marijuana company had a relatively quiet open, but it has now slid about 15% from its IPO debut to $16.70. (Imagine 10 or 20 years ago if I had said what I just did; the future of weed, evidently, has no place for nostalgia.)

The fact that there are publicly traded pot companies reflects the country’s changing attitude toward legal cannabis. A handful of securities are listed on NASDAQ, and still more are available on the pink sheets or over-the-counter market. Eight states and Washington D.C. have legalized recreational use of marijuana, and more than half of the fifty now have laws that permit the use of weed for medical purposes.

Industry insiders, think tanks, political figures, and investors have been discussing the billions in potential profits as more states vote to legalize recreational and medical marijuana.

Yet venture capitalists aren’t rushing toward weed, at least not at the same rate as other potentially more lucrative and less risky industries. And unlike Silicon Valley startups, the industry has turned to public markets to raise cash.

Over the past year, public cannabis companies have raked in more than $700 million through IPOs, debt offerings, and other capital markets transactions. Though deal volume has slowed around the Thanksgiving holiday, the last week of November was busy, and Veridian Capital Advisors expects capital raising to accelerate through the remainder of 2016.

“Valuations are generous, no different than they were in the late 1990s,” Veridian founder and president Scott Greiper said.

Greiper says one reason there’s more public investment is, simply put, it’s not as difficult to raise. “It’s usually easier to raise money in a public company because there’s the hope of liquidity,” he said in a telephone interview. “Private companies lack that.”

Anecdotal evidence suggests that venture cash is hard to come by too.

“Fundraising is still a challenge. The problem I had when talking with venture firms and other investors was the legal framework,” said Andy Hospodor, who runs an early stage cannabis startup. “In the end, they wanted to mitigate that risk as much as possible, and they want to see everything lined up in terms of regulatory issues.”

Silicon Valley-based firms such as Eaze, which has been described as an Uber for pot, are the “most traditionally understandable for venture capitalists,” CEO Davis Lawyer of Aquarius Cannabis told Mattermark. “Venture capital money has never been a big part of the community.”

VCs aren’t ignoring cannabis altogether. Since the beginning of the year, private investors have chipped in, according to Mattermark’s data, $112 million into pot startups. Nearly half the cash went to one firm, Privateer Holdings, a company that serves as a sort of a VC slash private equity slash incubator. The rest went out in chunks under $15 million, and many of those investments were in the $2 million to $3 million range.

Even though $112 million is nothing to sneeze at, it’s nowhere near a match with, say, investment in bitcoin-related companies, which thus far in 2016 have raised about $333 million, per Mattermark’s data.

“It’s a really early stage industry, in the new era of cannabis,” stated Emily Paxhia of Poseidon Asset Management, which invests exclusively in the marijuana industry. According to Paxhia, higher quality investments exist in the private market versus public, but that thus far the industry has attracted fewer entrepreneurs than, say, technology. Meadow, a company that produces software that is used by dispensaries and for delivery, among other functions, is an example of a strong management team. But Paxhia told Mattermark that, overall, “there are fewer opportunities.”

One of delivery company Eaze’s investors, Brian Sheng of Fresh VC, told Mattermark in an email message that, “The bar is currently still much higher for VCs to invest in marijuana as compared to investing in some other unicorn potential business.” He also pointed out that many institutional investors cannot invest in marijuana businesses because of limited partnership agreements prohibit such activity.

Eaze is the best-funded startup that continues to operate with more than $25 million raised since its inception in 2014. Bhang (Hindi for hemp) Chocolate sold for about $40 million. And this year, Eaze scored one of the largest funding rounds: $13 million at the end of October. But for Wall Street, Eaze is a small firm without a clear exit — at least at this point.

By way of comparison, the recent IPO of Innovative Industrial Properties raised more than $67 million at its December 1 offering. It was founded in 2016 and raised more than twice what Eaze has, in a much shorter time.

When asked about the fundraising environment during Eaze’s most recent capital raise in October, CEO Keith McCarty said this in a prepared statement:

“There has definitely been a positive trend toward acceptance…While some VC’s might be bound by their conservative backers, increased access to real data and information around cannabis is resulting in a diminishing stigma, which will only continue. We’ve definitely seen this happen over the last 12 months.”

Legal and political risk comes up frequently when discussing cannabis companies and the public markets.

The Securities and Exchange commission is not a moral authority, and it isn’t responsible for enforcement of non-securities related laws — though it does protect investors from shady pot companies.

With Trump’s pick for Attorney General, Senator Jeff Sessions (R-Ala.), there is a possibility other federal agencies might  attempt to roll back legalization efforts.

Kumin says the federal government under a Sessions-led Justice Department could, theoretically, deploy a legal doctrine of federal supremacy and attempt to roll back recreational cannabis laws, likely via lawsuits. Enforcement is another possible option; however, enforcement would be expensive, complex, and time-consuming. It would also manufacture a situation where the federal government is fighting state government attorneys, and, perhaps more importantly, states’ rights.

“The Trump news is less important,” said Lawyer of Aquarius Cannabis. “But [Proposition] 64, and other states including Florida — that’s a monster one. It was one of the big, major population states. That’s a big open for the market.”

Kyle Lui of DCM Ventures, another of Eaze’s investors, told Mattermark that following the election results, he expects to, “… see additional investment to fund fast growing tech companies in this space in the next year.”

Whatever happens to recreational marijuana under a Trump administration, it’s likely that medical marijuana cannot be attacked with the same legal and enforcement mechanisms, Kumin told Mattermark. So in that realm, the marijuana business will likely continue as usual.

There are a few reasons for that, said Kumin. In states under the jurisdiction of the Ninth Circuit Court of Appeals, which broadly means the Western US, the court has barred federal prosecutions for state-law-authorized medical marijuana operations. The reason is straightforward: Congress, beginning in December 2014, essentially de-funded marijuana enforcement operations — so long as it continues to de-fund enforcement, and the decision isn’t overturned. In states that aren’t within the Ninth Circuit, however, the ruling doesn’t apply.

But as 2016 burns down to the proverbial roach, one thing seems clear according to Attorney Kumin: “The voters have smokin’.” Indeed.

Featured Image via Flickr user Satish Krishnamurthy under CC BY 2.0. Image has been cropped.