Editor’s Morning Note: It’s the middle of the week, so strap on your snark pants.

Today, we are taking three quick looks at topics pertinent to our continuing quest to follow dollars over bullshit.

In the wake of an improving IPO climate, Nutanix is again working towards an offering, venture capitalists might see their favorite tax break go poof, and a vegan mayo company that is somehow also a tech company wants a horn. 2016 is a fun year.

Nutanix still intends to go public. After filing in December of 2015, Bloomberg reports that the company “aims to start its initial public offering roadshow as soon as next month.”

The move isn’t surprising. Until this morning, every US-based technology IPO from 2016 was above its offer price. However, SecureWorks is now about a dime below its own, ruining the trend with a bout of negative trading. The point holds regardless: Especially in the wake of the wildly successful Twilio IPO, it could be a good time to go public.

However, there are differences between the two firms. From Nutanix’s most-recent S-1/A filing with the SEC, the following: 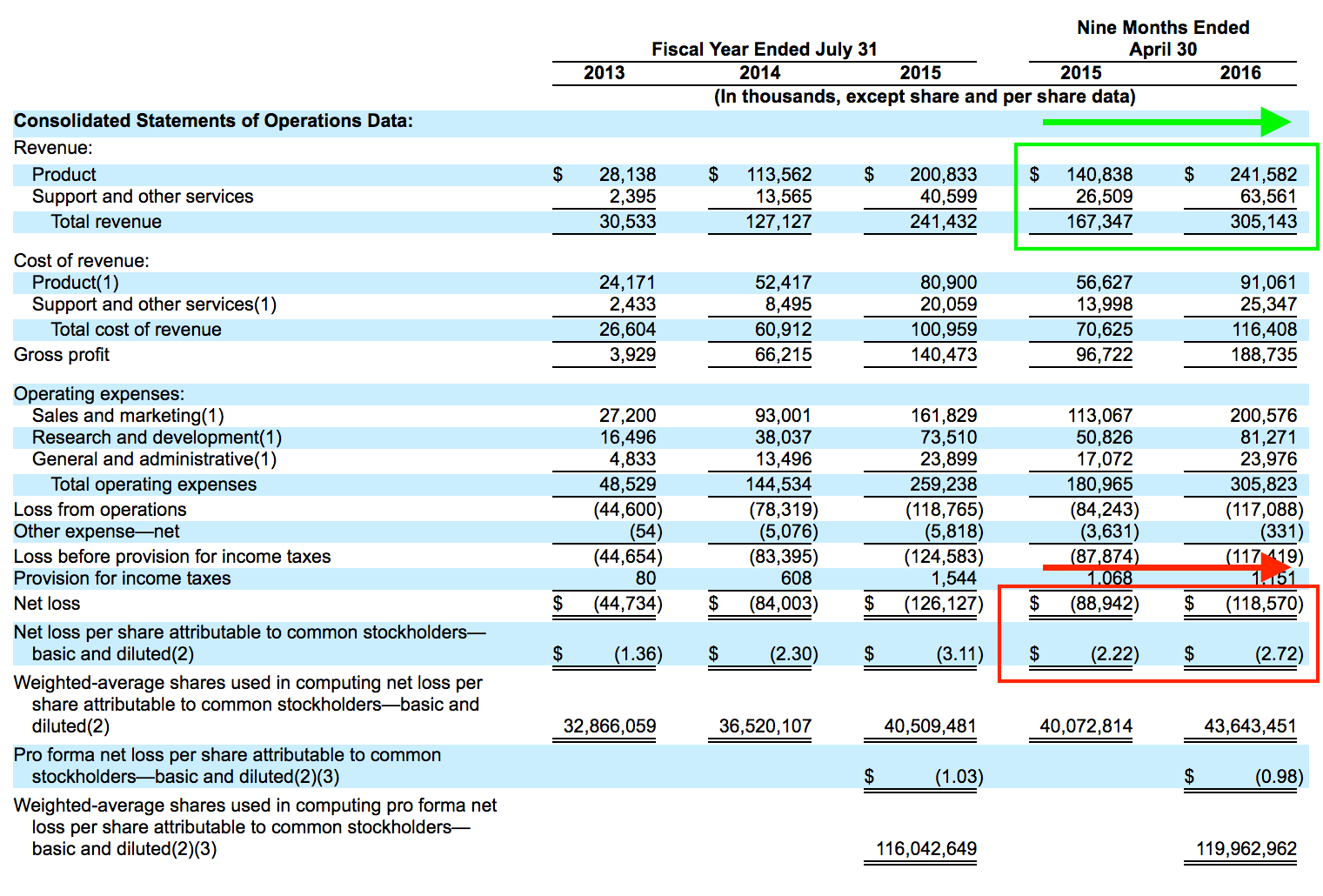 What you see here is a very quickly growing company with losses that are not shrinking. For fun, let’s see what percentage of its revenue Nutanix generated as GAAP net loss over the two nine-month periods:

That’s a material improvement. However, it’s only a win by degree. Companies that demonstrate improving margins, and declining losses in conjunction with growing revenues. In fact, there was a company that did just that in its own S-1 filing. Remember Twilio? From our prior coverage:

Therefore, the Nutanix IPO will test what we can call the old, new rules of going public. Given that a sheaf of unicorns will eventually ply the market with similar metrics to Nutanix itself makes the offering all the more interesting.

This section is for the four Bernie Sanders fans that are regular Mattermark editorial readers.

Yesterday, the excellent Dan Primack wrote a column discussing the potential end of carried interest’s treatment as not ordinary income, which allows it to be taxed at a lower rate. It’s how some wealthy individuals manage to pay lower tax rates than ordinary folks.

As a capitalist slightly annoyed at how much tax I already pay—implying that my tax rate is probably roughly at the right level as I am not annoyed enough to actually do something about it—I find it discomfiting that carried interest is incentivized as it currently is over other forms of wealth-creation. Like welding. Or coding. Or caring for our elderly. And so forth.

It turns out that both major-party candidates back reclassifying carried interest as ordinary income, thus ending the lovely, yearly gift afforded to many who manage money. Primack, go: 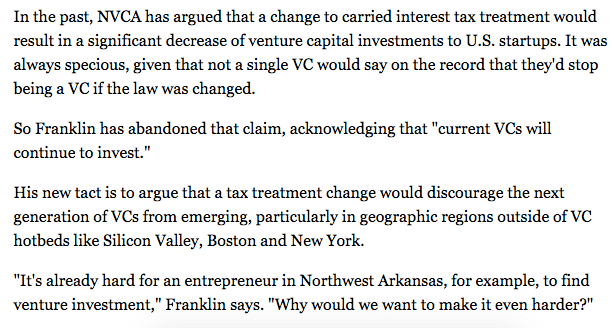 Feel free to roll your eyes.

I have no particular beef with the NVCA. In fact, I have a stack of their old print reports concerning the venture industry on my desk. However, the argument that well-paying, powerful, and creative jobs like venture won’t attract talent if its component denizens don’t get Extra Special Treatment for their Arduous Labor is hilarious.

Of course, changing structural incentives bringing venture workers’ full income into the normal realm of taxation will provide some negative friction for the industry. Fair. That’s how incentives work. But while we are picking national priorities, I have a few in mind that matter a bit more, in my view, than undertaxing the venture industry.

Say, perhaps, removing the massive negative incentive that underfunding schools brings to the hiring of teachers. Many teachers have to buy school supplies from their own salary for their students. Can we at least all agree that until all elementary school teachers stop buying pencils for kids who don’t have them, we can lay off saving venture investors a chunk of money every April?

And finally, something to make you smile.

You will certainly recall Hampton Creek, a company I think has set a record for number of appearances on TechCrunch’s Disrupt stage, and for having generated the following headline: “Sex, lies, and eggless mayonnaise: Something is rotten at food startup Hampton Creek, former employees say.”

They are back in the news with the following “Hampton Creek Rallies Employees Around Unicorn Startup Valuation.” A quick quote:

A few things. First, the company raised $100 million that it didn’t announce. That’s interesting. Mattermark has its funding listed at $116 million. Crunchbase? $120 million. Both sources do not have the $100 million round listed. This means that the infusion didn’t hit the press circuit. Unreported indeed.

But the company’s last known round was a $90 million infusion in December of 2014. That’s less than two years ago. If the company is currently raising again, and raised $100 million in between, did it spend all the money? The company was comfortably into the nine-figure funding range before the unannounced round.

What could the money have gone to? Well there was that other story: