Hunter Walk of Homebrew shares Homebrew’s list of ideas, questions and technologies they want to learn more about from entrepreneurs in “What We’re Curious About at Homebrew“

Mattermark CEO Danielle Morrill reveals the top 35 U.S. investment funds with the most Series A rounds in 2014 in “Khosla Tops the List of 35 Most Active Series A Startup Investors of 2014“ 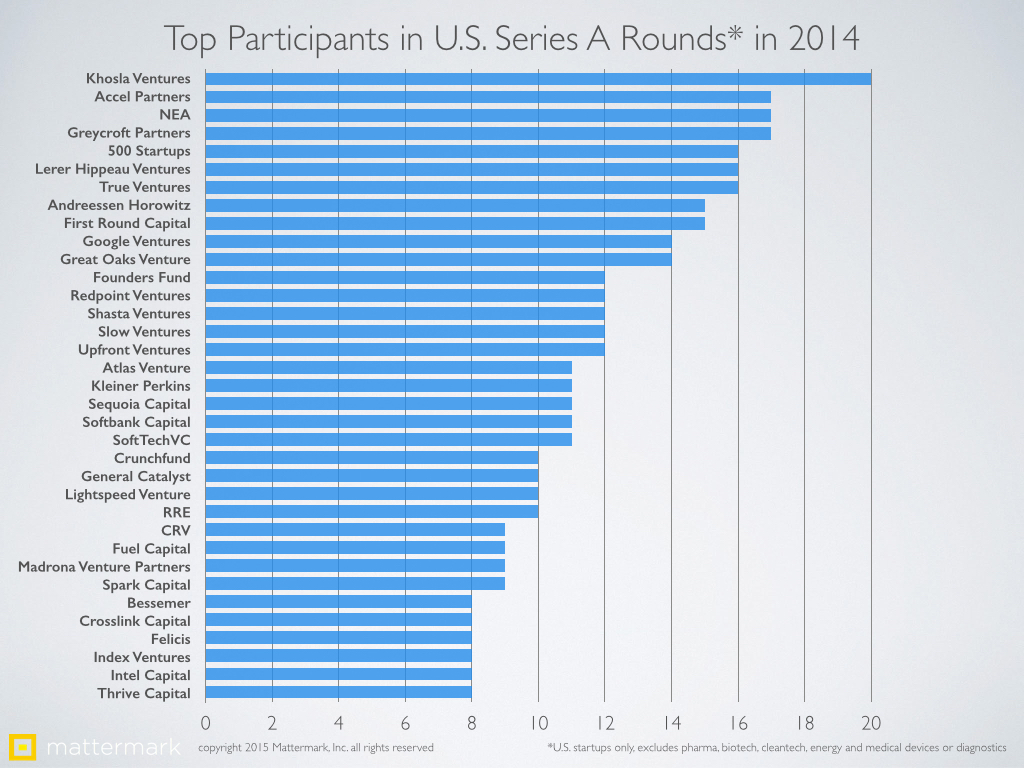 Chris Poole of 4chan sheds light on the ‘positive outcome’ he pursued in dissolving DrawQuest, resulting in $40,000 donated to charity in “A Pragmatist’s Startup Spin-Down”

Don Smithmier of GoKart Labs announces his new startup in the wake of shutting down Kinly, due to distribution problems in “The Idea is Dead. Long Live the Idea.”