Duncan Davidson of Bullpen Capital expands on Mattermark CEO Danielle Morrill’s post that notes a drop in seed financing deals, but overall rise in funding amounts in “The Era of Angels is Closing“ 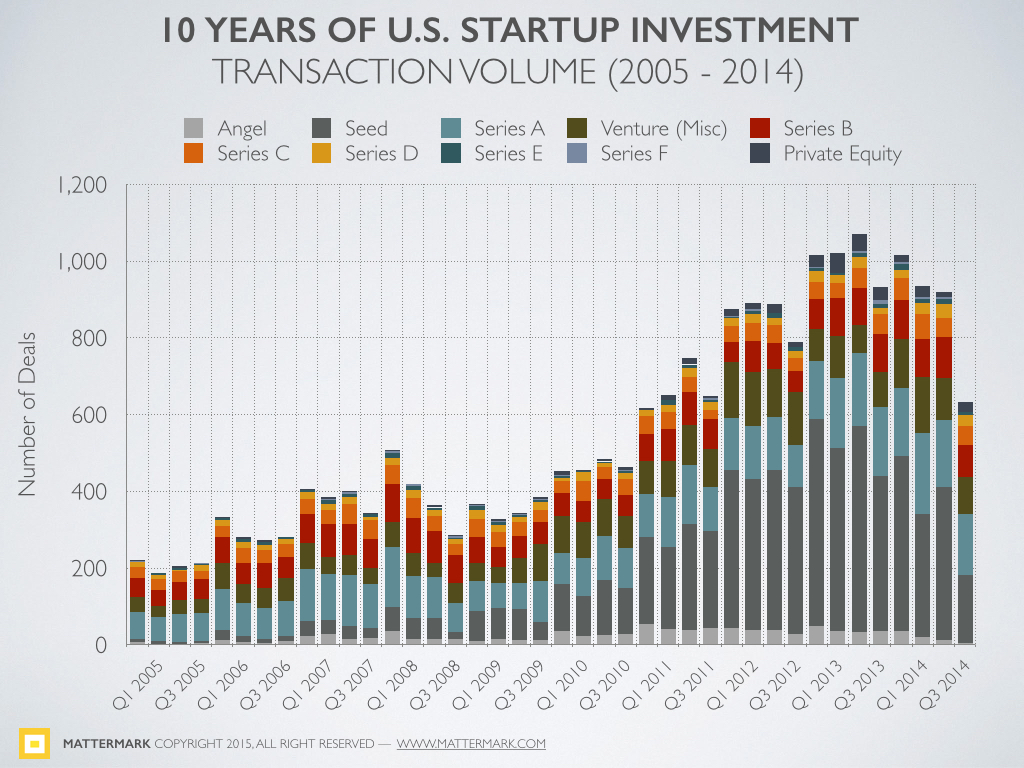 Jerry Colonna of Reboot and Fred Wilson of Union Square Ventures shares stories about the Flatiron Partnership, what makes a ‘perfect board’ and leadership in “Investing in Trust” (audio)

Albert Wenger of Union Square Ventures sees GDP as a flawed KPI for measuring economic growth as consumers move from ‘priced atoms to a world of bits’ in “Secular Stagnation: GDP is the Wrong KPI“

Rob Hayes of First Round Capital advises founders on raising funding, cash management, hiring and the ‘North Star’ in “Here’s the Advice I Give All of Our First Time Founders“

Fred Wilson of Union Square Ventures says, ‘knowing when it is the right time to start handing things off and hiring is an art not a science’ in “DIY vs Delegate“

Jason Lemkin of Storm Ventures recommends that founders plan for their SaaS app to take two or more years to have ‘viral customers’ in “The Low Viral Coefficient of SaaS, And Why That’s Just Fine”

Scott Rosenberg of Wordyard Project dives into how he believes Bitcoin’s blockchain could power an ‘alternate Internet’ in “There’s a Blockchain for That!”