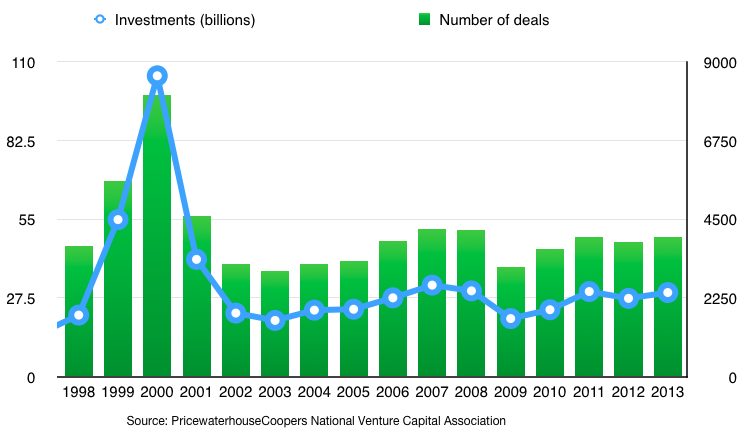 Fred Wilson of Union Square Ventures summarizes his thoughts of how free, freemium and paid content can contribute to higher or lower user growth with ‘many users * low arpu >>>> few users * high arpu’ in “The First Law of Internet Physics“

Arsham Memarzadeh of OpenView Partners asks founders to participate in a survey to gather data on mobile revenue, development and marketing costs, and engagement in “Why Enterprise Mobility Calls for New Metrics and How You Can Help Fill the Void“

Jeni Axline of Parenthoods shares her journey of being a new mother and co-founding a company revealing, ‘I have a clarity of purpose that I’ve never had before’ in “A Report from the Front Lines of Leaning In“

Julia Grace of Tindie expands on optimizing conversions, building an efficient search tool, and shopping cart that makes your users happy in “What I Learned the Hard Way Building an eCommerce Site“

Mike Townsend of HomeHero draws insights from Malcolm Gladwell’s “David and Goliath’ he applies to startups, finding ‘your disadvantage may be your advantage’ in “What Can a Startup Learn from ‘David and Goliath’“

Dan Primack of Fortune showcases Naval Ravikant of AngelList, mentioning ‘$87 million worth of seed deals transacted via AngelList in its first year of syndicates’ in “A Disruptor Shakes Up Angel Investing“

Cromwell Schubarth of Silicon Valley Business Journal interviews Jon Sakoda of New Enterprise Associates who says ‘it’s been an amazing time to be in the seed market’ in “Big Tech Challenges, Funding Upstarts Without Losing Friends“