Tim Chang of Mayfield Fund breaks down asset valuation, income valuation, and market approach in “How Much is Your Startup Worth?”

Irene Au of Khosla Ventures directs CEOs’ attention to the purpose of details, simplicity, and timelessness in “DESIGN is…”

Tomasz Tunguz of Redpoint Ventures acknowledges that while the free pricing tier can be “an end unto itself,” companies can get caught in the cost trap in “Confessions of a Perpetual Freeloader: When to Jettison the Freemium Tier”

Albert Wenger of Union Square Ventures continues yesterday’s post on computers as a substitute for labor, this time diving deeper into the supply side of the equation, in “Computers and Wages (The Great Divergence)”

John Lilly of Greylock Partners, who wrote this piece in 2011, reflects on value-based networking in “Figure Out Who’s On Your Team”

Jason Freedman of 42Floors teaches you how to build an operations startup, and why everyone from Uber to Instacart is knee-deep in biz ops, in “The Year of Operations Startups”

People Are Talking About: Patent Reform

Yesterday, the Senate Judiciary Committee tabled the patent reform legislation that was scheduled to come to a vote today. Senate Judiciary Committee Chairman Patrick Leahy, citing weeks of fruitless negotiation, issued the following statement: “I have said all along that we needed broad bipartisan support to get a bill through the Senate… Regrettably, competing companies on both sides of this issue refused to come to agreement on how to achieve that goal.”

Fred Wilson of Union Square Ventures sums it up: “This pisses me off.” — “A Sad Day for Patent Reform”

Van Lindberg of Rackspace links to sixteen industry statements released since the announcement, vowing a ceaseless effort towards enacting reform — “A Sad Day for Patent Reform. A Bad Day for Innovation.”

Politico explains the history of the proposed bill and the cause of its demise in “Patent Reform Hits Dead End in Senate” — “The closer we get to the election, everybody knows what happens… It becomes more difficult to get things done.” 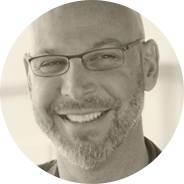 David Mandell of PivotDesk. PivotDesk helps entrepreneurs build great companies by finding the right place to grow their business. PivotDesk has helped hundreds of businesses find the space they need with the flexibility of month-to-month contracts.

Mattermark: How did you come up with your startup?
David: As a Techstars mentor, I kept seeing the same pain point over and over: Entrepreneurs start companies and instead of spending all of their time growing the business, they end up spending 20 to 30 percent of their energies just to find a space to work. Another issue is that the real estate industry is so static whereas these startups are dynamic and growing– they have no idea how big they will be three to four months from now, much less five years from now, which is the length of a common lease.

Mattermark: What is a recent milestone that your team celebrated?
David: We recently celebrated our two-year anniversary this month with an expansion from six markets to 29.

Mattermark: If someone thanked you in a restaurant for creating your startup, what would you hope they say?
David: “Thanks for saving me thousands of dollars in startup costs, man.” It is our goal to provide the tools so entrepreneurs can concentrate on growing their business.

Mattermark: Tell us about your team.
David: I have a smart and dedicated team of problem solvers who care as deeply as I do about helping our fellow entrepreneurs find their perfect space.