David Hirsch of Metamorphic Ventures points to the BI feature on Larry Page to highlight the need for CEOs to balance monetization and mission statement in “Listen to Larry, He’s Usually Right”

Boris Wertz of Version One Ventures gets a lot of entrepreneurs-in-waiting to the whiteboard in “The Untapped Open Data Opportunity: Who Will Unlock Government Data?”

Tomasz Tunguz of Redpoint Ventures examines the reversion to the mean in “What’s Happening to the SaaS Market?”

Steven Sinofsky of Andreessen Horowitz targets five product areas to consider when making an enterprise evolution in your consumer product in “Designing for BYO, a Product Manager View”

Semil Shah of Haystack Fund puzzles over the recent move by FourSquare and the market for location-based services in “Foursquare, Swarm, and the Risky Business of Cross-Pollination Across Mobile Platforms”

Last night, Semil published this commentary on the public lives of techies and the court of public opinion, giving every founder and CEO something to consider in “We All Play for the Yankees”

Julie Zhuo started with Facebook fresh out of school in 2006 on their design team. Now she’s their Director of Product Design. Julie sat down with First Round Review and gave some excellent tips for building your design team in “An Inside Look at Facebook’s Method for Hiring Designers”

José Ancer of Silicon Hills Lawyer advises founders to keep it small in “Reserve an Option Pool; Not an Ocean”

Priceonomics very rudely got something in my eye in “Founders with Kids.” Excuse me…

Scott Rosenberg of Grist definitively declares ‘Of course it’s a bubble!’ in “Lies Our Bubbles Taught Us”

Jason Freedman of 42 Floors, who once wrote a post called “Become a Morning Person. How to End Insomnia for $520.99,” tried reading books by candlelight until he bored himself to sleep in “Sleeping with Your Gadgets On”

Want to go to the New England Venture Capital Association award ceremony with Mattermark? Get your startup team to take a picture with the word “Mattermark” and tweet at us with the hashtag #NEVYs14! Contest ends on Friday at 11:59 PM (PST). Show us your creative side, and may the best picture win! 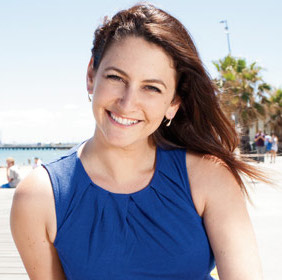 Audrey Melnik of ZootRock starter her company ten months ago. ZootRock takes the pain out of social media for small businesses by generating content for them to post to their social media channels

M: How did you come up with your startup?
A: The origins of ZootRock started when I was working on my last startup when I was too busy to tend to the ever-present demands of social media.  I knew I needed it, but I couldn’t devote the time and energy required to research and figure out what to post on my social media channels.  And to be quite truthful, I found twitter daunting!  I had to focus on the things that had a more direct link to ROI and good social media should never focus on direct ROI outcomes.  So I did what most people do; I outsourced it to a social media consultant.  Unfortunately, I was disappointed on two fronts: I didn’t like the content that was created and I still didn’t see great results.  So here I was paying out a significant amount of money and not seeing any benefits.  It wasn’t a great situation, especially for someone in a pre-revenue startup.  So I fired my consultant.  And I built something that would generate the kind of content I wanted to tweet and post.  And an amazing thing happened.  I got more engagement and a consistent increase in followers!

M: What is a recent milestone that your team celebrated?
A: After bootstrapping (happily) for the last 10 months, we just got our first commitment for investment from an angel!

M: If someone were to thank you in a restaurant for creating your startup, what would you hope they say?
A: It helped me to maintain a healthy presence on social media without the effort!

M: Tell us about your team.
A: We’re a scrappy, energetic and growing team that hails from all parts of the world!  We believe in GSD and being humble, but ambitious!