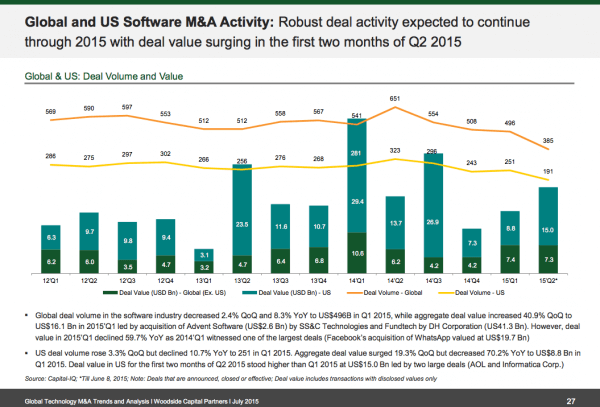 Bruce Booth of Atlas Venture notes, ‘the last five quarters are amongst the largest record-setting quarters in ten years’ and describes four things the current market is not in “The Venture Funding Boom in Biotech: A Few Things It’s Not”

Erik Rannala of Mucker Capital declares, ‘VCs are hardly on the demise’ and provides four reasons why in “Venture Capital Is Dead. Long Live Venture Capital.”

Paige Craig of Arena Ventures shares his tactical critique of Airbnb’s seed round and the key lessons he learned in “Airbnb, My $1 Billion Lesson”

Jonathon Triest and Brett deMarrais of Ludlow Ventures carpool to work every day and decided to record their calls with entrepreneurs and VCs as a new video series called “Carpool.vc”

Sam DeBrule of Mattermark analyzes the fastest growing startups that raised rounds of $500k or more on AngelList in “Top 10 AngelList Funded Startups, Ranked by the Growth Score”

Francesco Paolini of TransferWise concludes that calculating the valuation of a company ‘all depends on assumptions’ and offers a common valuation framework in “Valuation of a Start-up: How Deep Do We Choose to See Into the Future?”

This section digs deeper into the challenges and lessons learned in facilities, finance, human resources, and more.

Carmel DeAmicis of re/code dives into the data that reports ‘there have been over 100 rounds over $100 million’, in 2015, totaling $16 billion in funding in “2015 Is the Year of the Mega Fundraising Round”