Kevin Kelleher and Michael Carney of PandoDaily cite data from Mattermark and Renaissance Capital, finding ‘the number of private finance rounds reached or surpassed $100 million more than doubled last year – while the amount raised more than tripled’ in “Tech IPOs Are Hot, But for the Generation’s Best Companies, It’s All About Private Markets“ 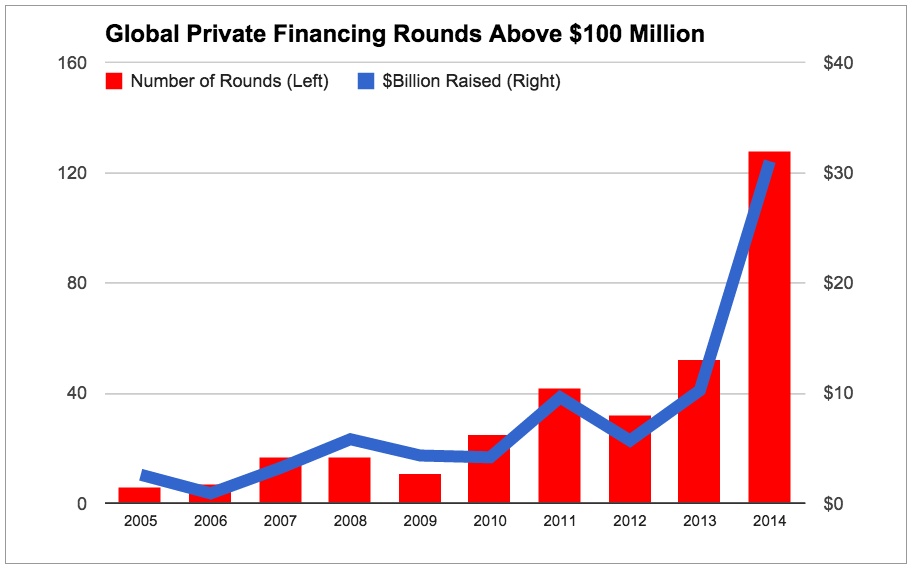 Matt Witheiler of Flybridge Capital breaks down his dealflow metrics from 2014 into deal sources, industries and more in “2014: A Retrospective“

Ben Milne of Dwolla shares his biggest personal and professional takeaways from 2014, highlighting to ‘give credit before it’s due’ and ‘attack results not people’ and more in “2014. Hard* Lessons Learned“

Alex Konrad of Forbes reveals Forbes’ list of a ‘new crop of investors poised to prove tradition wrong’ in “30 Under 30: The Top Young Investors of Venture Capital“

Eric Johnson of re/code highlights Jason Goldberg of Fab’s tweetstorm recommending Twitter to ‘go sell yourself to Google’ in “Twitter Has Lots of Problems, Fab CEO Says in 44-Tweet Storm”