Dave McClure of 500 Startups believes founders should ignore and reject Sam Altman’s advice to only apply to one accelerator, whether that is YC or 500 or any other in “Plays Well With Others”

Alex Danco of Social Capital guesses as to what conditions the next $100B company (the mythical Indicorn) will have grown up in, and what to look for in“Seeking the Indicorn”

Accel Partners addresses the urgency of shoring up operating discipline and pushing towards profitable unit economics, identifies target investment verticals and more in “Reflecting on 2015 and Looking Ahead to 2016”

Judith Elsea of Weathergage Capital looks back on the past ten years of running a ‘micro VC’ firm and offers advice to the newcomers in “Lightning in a Bottle: The Evolution of Micro-VC”

Nik Kalliagkopoulos of Prime Ventures shares his tips for startup and scale up financial models, arguing that these are the equivalent of clean computer code to financials in “8 + 2 Tips for Startup and Scaleup Financial Models…”

The #Angels Team reviews their 30 investments, what they learned and how they established the #Angels operation in 2015 in “Hello 2016”

Eli Portnoy of Sense360 describes what he felt like before, during, and after pitching his first VC and he hopes every VC can at least respect founders’ commitment and love for entrepreneurship in “My First VC Meeting – A Tale of Brutal Rejection”

Donald Rumsfeld, former Secretary of Defense announces a new mobile game and adds his thoughts on why you should always be learning in “At 83, I Decided to Develop an App”

Yevgeniy Brikman of Atomic Squirrel showcases MVP-as-a-process, in action, with an example startup looking for the right product to build in “A Minimum Viable Product Is Not a Product, It’s a Process”

Katie Stanton, formerly of Twitter reveals why she decided to resign from Twitter after almost six years in “It’s About…Time”

Want to raise money for your startup, but don’t want to move to San Francisco or the Bay Area to do so? Mattermark dug through nearly 7,000 early-stage funding rounds to find the hottest markets to land fresh capital. 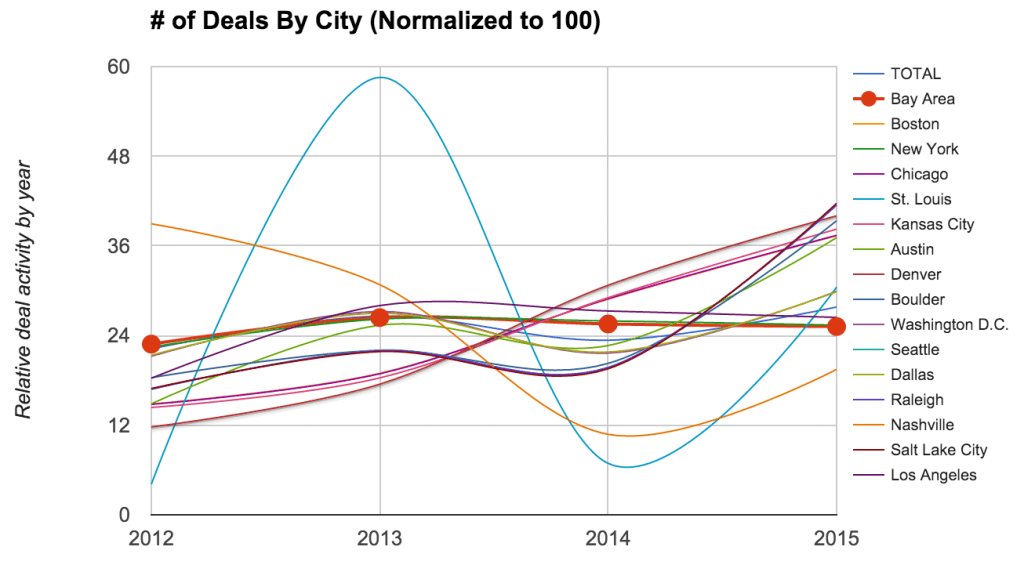