Want to go to the New England Venture Capital Association award ceremony with Mattermark? Get your startup team to take a picture with the word “Mattermark” and tweet at us with the hashtag #NEVYs14! Contest ends tonight 11:59 PM (PST). Show us your creative side, and may the best picture win!

Angel Investor Keith Nowak boils down seed investing to this one thought – do you believe that the founder can pull it off? “Seed Investing is Personal”

Two words from Joshua Henderson of Springboard – money talks, in “The Problem with All the Standard Investor Pitch Advice You’ve Heard”

Roy Bahat of Bloomberg Beta wonders how Palantir was able to stick the landing when what it actually does is still up in the air in “A Go-to-Market Object Lesson: Palantir”

Charlie O’Donnell of Brooklyn Bridge Ventures puts a personal spin on Jeff Atwood’s recent article, asking founders to take a moment of reflection in “Beer and Startups: The Alcohol Culture of the Tech World”

Fred Wilson of Union Square Ventures brings back Fun Friday and tosses out a few app suggestions for those with imagination in “Fun Friday: Things We Hate About Email”

David McIntosh of Redux breaks down how Android was the “make” in make-or-break for WhatsApp in “WhatsApp: An ‘Android-First’ Success?”

Cynthia Schames of AbbeyPost, whose startup was announced in 9th batch of 500 Startups earlier this week, gives you an insider’s look at 500 Startups in “500 Startups: What’s It Really Like for a Female Founder?”

Marcelo Calbucci of EveryMove thinks Facebook needs to think much, much bigger and reimagine its audience in “f8: The Conference That Was Supposed to Be for You

Leo Mirani of Quartz exposes LinkedIn’s content strategy, identifying it as the purpose of the Influencer program, in “Why LinkedIn is Morphing from a Social Network Into an Online Newspaper”

Interested in building a PHP framework? Belinda Runkle of New Relic gives you the names and (internet) addresses of “25 PHP Developers to Follow Online”

Bach? Beethoven? How about Unix? Paul Ford of Ftrain creates the canon of software in “The Great Works of Software”

At the bottom of the news, Lyft gets a facelyft – “Introducing Carstache 2.0” 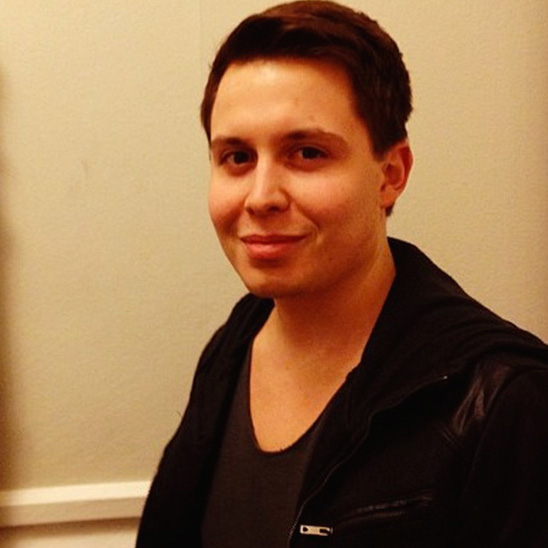 Fabio Federici is the founder of Coinalytics. His team’s vision is to enlighten the Bitcoin ecosystem by providing actionable insights through real-time analytics.

M: How did you come up with your startup?
F: We came up with it over Startup Weekend.

M: What is a recent milestone that your team celebrated?
F: We recently joined the 9th batch of 500 Startups in Mountain View, CA

M: If someone were to thank you in a restaurant for creating your startup, what would you hope they say?
F: It helped me understand the Bitcoin ecosystem and stay on top of the latest developments in the space.

M: Tell us about your team.
F: We are a team of four – two full-time and two part-time. We’re spread over three time zones, combining a lot complementary skills. We will be growing our team in the next few months to complete our team’s skill-set and improve our product.