tl;dr: Marketplace lenders are suffering from reduced investor interest, but it’s not clear why. 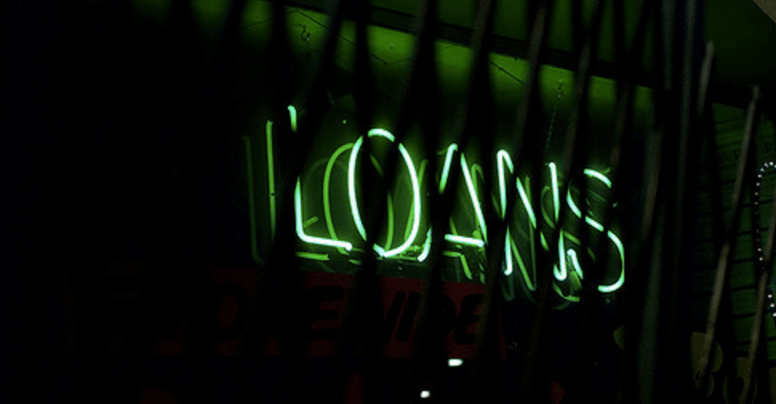 The recent turmoil of alleged fraud at Lending Club has brought the marketplace lending sector under increased scrutiny.

Ousted LendingClub CEO Renaud Laplanche’s apparent misconduct has caused concern among investors in the public markets and on the platform itself. This time last year, Lending Club’s stock was bouncing around $14. Today, it’s in the low-to-mid $4 range.

Meanwhile, Michael Corkery reported in the New York Times that Lending Club is not the only member of its peer group to struggle:

“The company’s woes are part of a broader reckoning in the online money-lending industry. […] Just months ago, it seemed marketplace lenders couldn’t churn out loans fast enough. […] But in the first quarter, lenders like Lending Club, Prosper and OnDeck Capital had difficulty convincing investors that their business models are sound.”

Corkery attributes the slowdown to a surge in investor anxiety, despite low default rates on most marketplace lending platforms. If this indeed represents the mindset of the majority of investors, it demonstrates the curious double-exposure that afflicts startups in this space.

Marketplace lenders must first appeal to investors in order to raise capital, boosting and sustaining their own valuation. Then they must court investors again, this time to use their platform. While there may not be substantial overlap between venture capitalists and public market investors, both groups are certainly reading the same publications and tracking the same economic trends.

How It Actually Works

The advantage that a platform like Lending Club offers, compared to banks, is a low barrier to entry and the potential for lower rates (although rates are on the rise).

For example, let’s say you have credit card debt, and you want to pay it off. You can apply online for a loan from Lending Club or a similar company within minutes. If you’re accepted, you can use the capital to pay off your credit card bills and thereby replace high-interest credit card debt with a low-hassle, lower-interest monthly payment to Lending Club.

Behind the scenes, the way marketplace lending functions is more complex and entails more risk than early misnomers like “peer-to-peer lending” indicated. Bloomberg columnist Matt Levine laid it out clearly in 2014 when Lending Club filed for its IPO:

As Levine mentions in a footnote, Lending Club is able to move some loans off of its balance sheet by selling them to large institutions, but the former arrangement is more common. It is somewhat analogous to the creation of financial products based on subprime car loans, although the quality of the underlying loans hasn’t been disputed.

Six semi-distinct groups of people are involved in marketplace lending:

Platforms like Lending Club facilitate and abstract the interactions between all of these players.

So What’s The Problem?

Lending Club’s issues have provoked attention from the press, but they don’t implicate the concept of marketplace lending or the underlying business model. And yet Prosper is struggling, Avant is struggling, and per The New York Times, “small business lender OnDeck said demand for securitized packages of its loans had all but vanished in the first quarter.”

Intuitively it seems like the business model—connecting people who want to borrow with people who want to lend, and taking a cut in the middle—should still be sound. There are risk-management complications, of course, but nothing obvious is wrong with the basic idea. And yet there’s a demand problem: Is the secondary market for these loans robust enough to support Lending Club and its peers?

I contacted marketplace lenders for comment concerning this article, a largely futile effort. Of the eleven such companies contacted, only three responded. Ultimately, Groundfloor was the only marketplace lending platform that shared any data, and it is an atypical platform in that it excludes institutional capital altogether.

Groundfloor actually limits the percentage of a given loan that any individual investor can fund. It explicitly frames this feature as a response to the faltering of its peers, writing that the struggles of Lending Club et al “relate to their reliance upon capital sourced from institutional investors.”

Mattermark data from the past six months shows that most of the various companies in the marketplace lending space are still growing headcount. The highest rate of growth came from Peerform, at 185%, and twelve companies out of the 120 listed were growing headcount at a 50% rate or higher. The highest absolute growth came from China’s CreditEase, which added more than 1,000 employees in the last six months.

Another unknown is what may happen if, or when, the Fed decides to raise interest rates. Would the increase in borrowing costs provoke a corresponding increase in defaults? Would Wall Street be prompted to allocate capital radically differently, further cratering the demand for marketplace lenders’ securities?

Joanna Glasner covered marketplace lenders for TechCrunch earlier this month. She noted VC activity is slowing and private valuations may be due for a haircut:

“High VC ownership levels mean that even a lackluster exit could return all or more of invested capital. Even after LendingClub’s stock plummet, for instance, VC’s post-IPO stakes would be worth more than the $392 in disclosed investments before going public.”

Early-stage marketplace lenders may struggle to raise subsequent rounds, but they are less likely to undergo the painful process of being demoted from a unicorn to a regular ol’ horse.

Featured Image via Flickr user Liji Jinaraj under CC BY 2.0. Image has been cropped.