Editor’s Morning Note: Fire up your Tardis, we’re going to 2009. 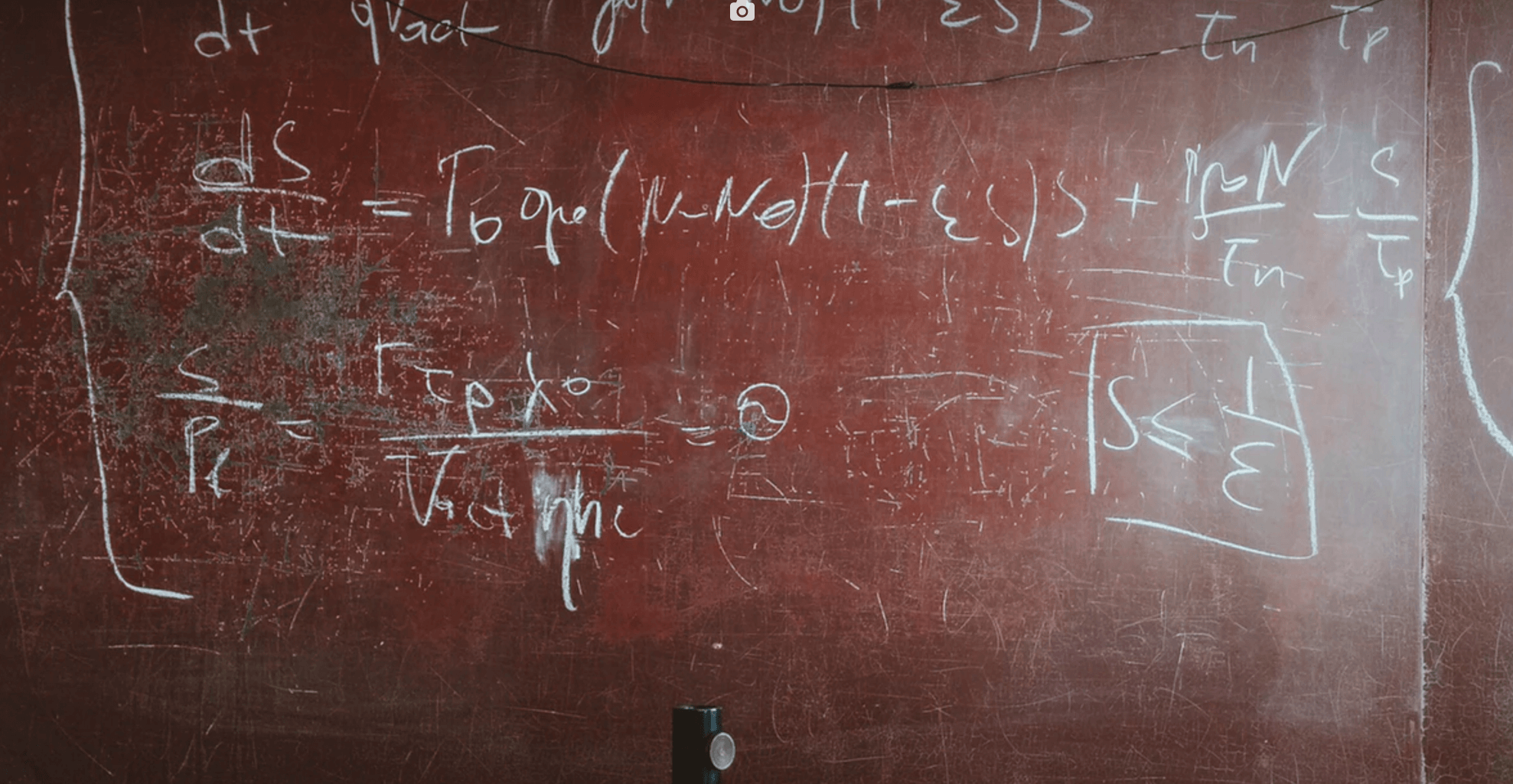 Before you depart into this lovely August weekend, you and I have work to do.

Today, we’re looking at a blog post from 2009 that makes a very interesting point concerning venture capital. Then we are going to take its idea and apply it to startups in a thought experiment.

To begin, let’s go back in time to the pre-unicorn era.

Echoes From The Bloggish Past

In 2009, Fred Wilson wrote a post entitled “The Venture Capital Math Problem.” I forget how I ran into it, but I did manage to read a chunk of it before realizing that it was from 2009 and not 2016.

Given its vintage, the piece is from nearly a full business cycle ago. In 2009, for reference, Twitter had less than 20 million users.

However, here’s the kicker:

Following, Wilson deduces that at the time in 2009, the VC industry could likely create enough exits to support $15 to $17 billion in yearly capital-inflow.

Past that, returns would fall below Wilson’s expected range, and investing in venture capital by LPs would become inefficient. Effectively creating a cap on how much money the venture industry could really handle, as its ability to help create new companies and kick off cash had limits.

Wilson, after reaching the $15 to $17 billion range, said something I want you to remember and hold onto:

“It’s interesting to note that the industry raised $4.3bn in the first quarter of 2009. That’s a good thing. If we can keep it to that level, or less for a while, then we may be able to downsize and get returns back on track.”

Now back to today.

If the venture industry can only create so much exit dollar-value, thus creating an upper limit of efficient capital acceptance into its coffers, things are wonky at the moment. Recall that Wilson said that venture kids raise something akin to $25 billion each year on average? That’s no longer the case.

Sticking with NVCA data, as Wilson did in his post, the venture industry raised more than $25 billion per year in both 2014 and 2015, and blasted to $12 billion in the first quarter of 2016 alone.

Oh my. That means over the last 2.5 years, venture kids have deployed in excess of $100 billion, while Wilson called a far lower tally and noted an even lower threshold as the upper limit of efficiency. Kinda.

Wilson’s calculations were based on a few assumptions, including raw exit volume and average venture capitalist share of exited companies—$100 billion and 50 percent, respectively. If we tweak either of those figures, we can amp the dollars that venture kids can invest for their LPs at the expected levels of return.

(There can be tension between valuation of a company and how much a venture firm owns of it. A company commanding a very high valuation the back of quick, efficient revenue growth for example may see a far smaller percentage of itself sold off along the way to finance its operations. This is just to say that neither figure gets to move up or down in a vacuum.)

The influx of cash into venture capital is well-tracked. The outflow of cash from venture capitalists to their LPs less so, but not as much as you might think. I have, at my desk, a stack of old NVCA hardcopy reports on venture capital. From the 1995 edition:

So if we want to observe the current pace of venture capital investment and presume that it is sane, we have to adjust one of Wilson’s metrics for it to make some damn sense. And since I don’t think his 50 percent estimate is off, the implication is that the value of exits must be far, far higher than they once were.

That might be true. How much would exits have to total for all this to shake out? We’re running long in our morning moment together, so, quickly:

We need a final piece of information to reach an answer, which is the aggregate 2015 venture spend (the last full calendar year). Using NVCA data again for consistency, the total was $58.8 billion1. That works out to a required $345.744 billion in exits for that capital to generate the 3x gross returns that Wilson presumes using his own model.

That’s a lot of billions. Nearly 29 dozen, in fact.

Startups are core to all of the above, if quietly. They are the engine of growth that the venture kids want to use to drive returns.

If you consider our various notes on the need of exit return (liquidity) for venture firms, we are really discussing the need for startup value creation. That means the more money that venture capitalists raise and deploy, the greater the expected near-term value creation by startups.

That’s obvious in our current context, but what it means is that new LP investments in venture funds that drive aggregate investment higher into the asset class are a very real bet on either an increasing pace of innovation by nascent tech shops, or a widening market for those firms to sell into.

That’s our little thought experiment. In more human terms, it sounds like this (please excuse the wildly arrogant self-quoting): 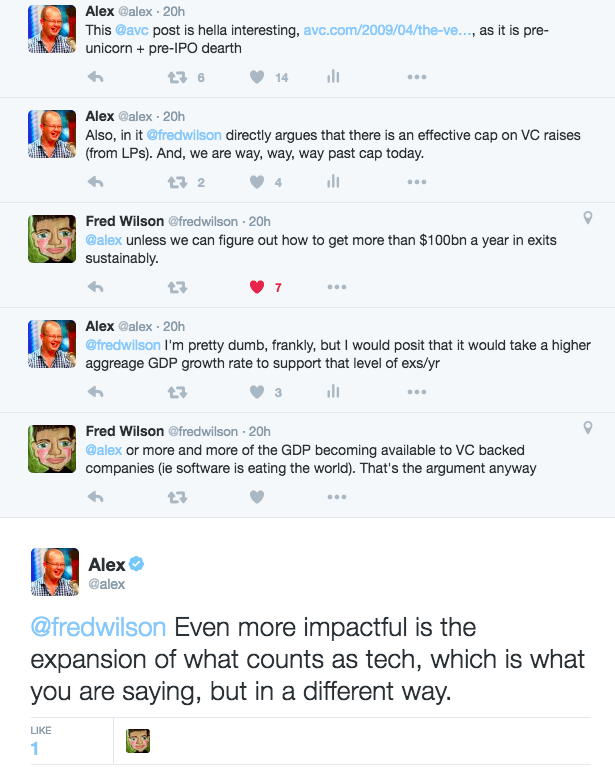