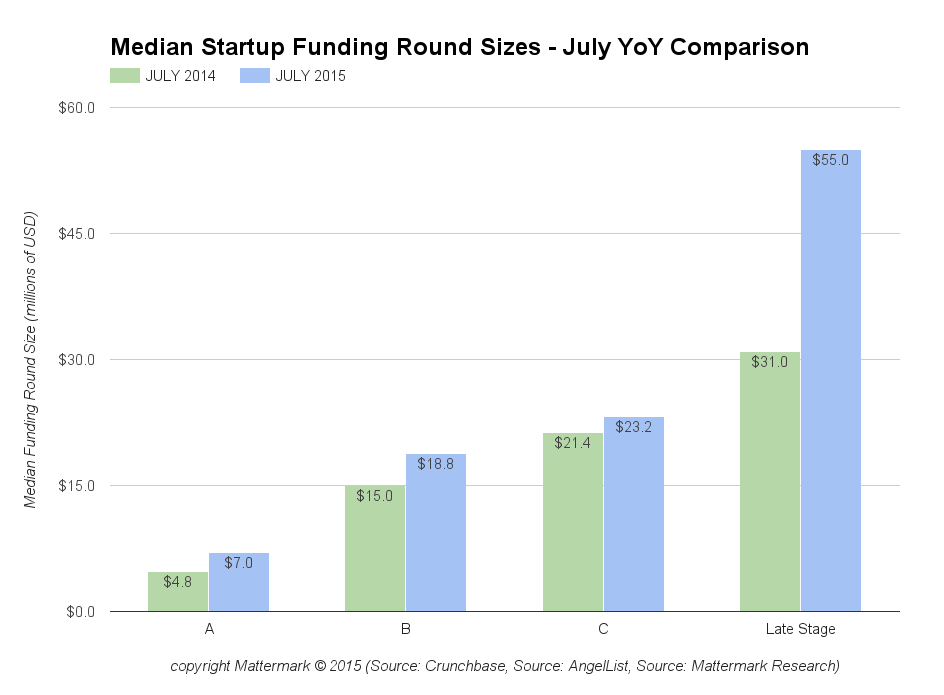 July median round sizes significantly surpassed the 2015 year-to-date trend of an overall 15% increase to median round sizes. While Series C and late stage rounds appear to have stabilized a bit more year-over-year, Series A and B rounds both continue to climb (+33% and +25% respectively). 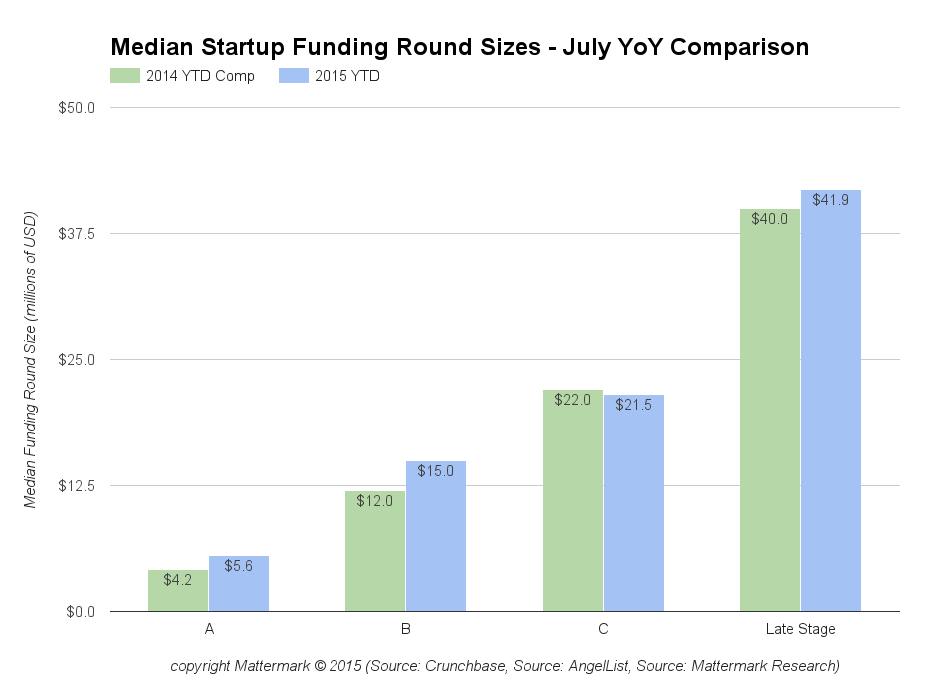 There has been a great deal of discussion about a “private market bubble” and we believe round sizes are often a useful indicator of higher valuations, as investors hold strong to their ownership requirements and compete for deals by offering bigger checks for the same amount of dilution, with a higher hurdle the company must meet before taking their next financing.

This is a developing trend, and we will continue to report as it progresses.