tl;dr: Yes, valuations are down. And yes, down rounds are up. But it’s the startups hunting for a Series C that you should really feel sorry for. 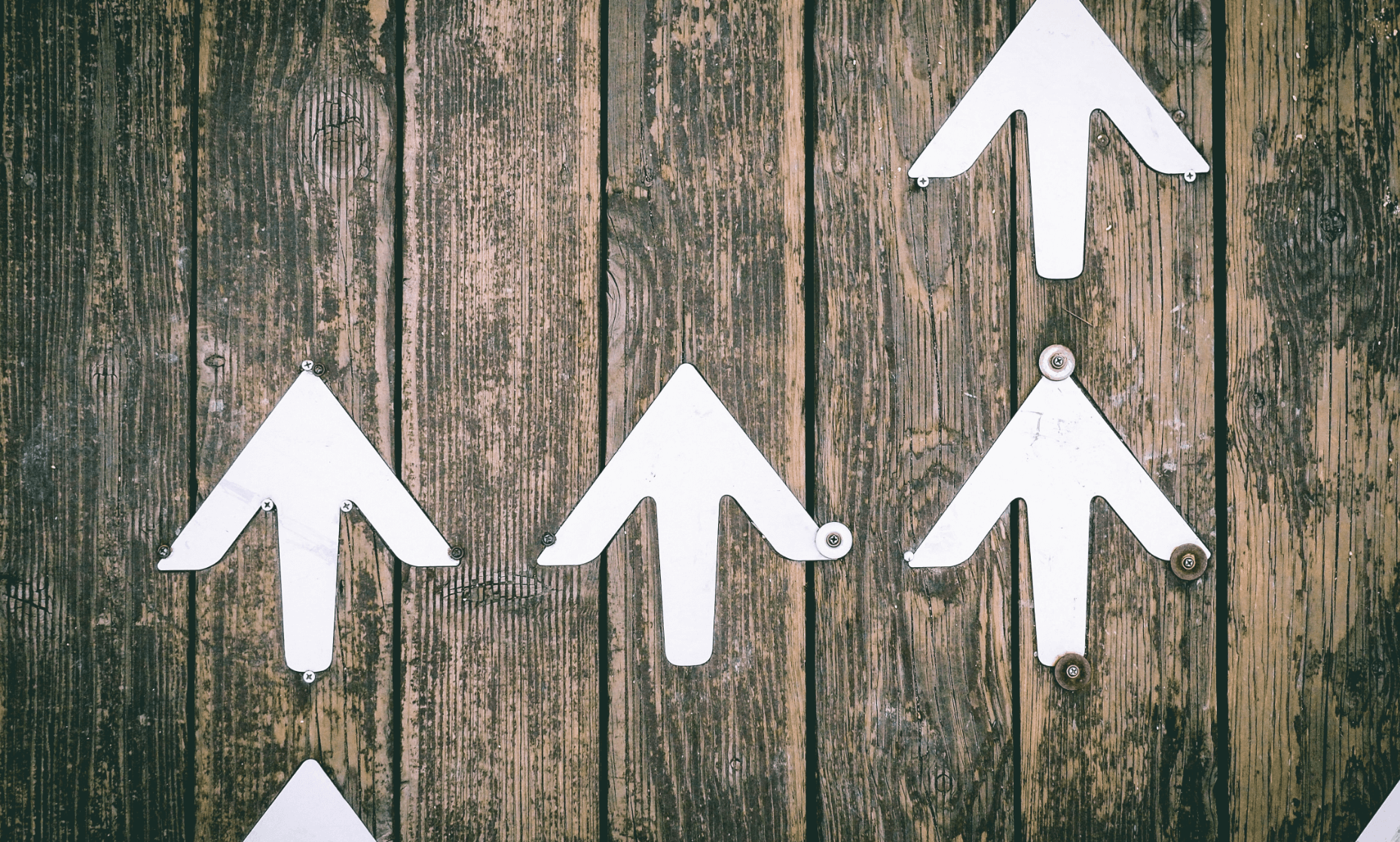 Despite record highs in the stock market, there has been plenty of talk about lower valuations for startups in and around Silicon Valley. It has been an open question, however, how far the pendulum had swung back in investors’ favor, or how deeply this correction has affected the valuations companies seek while fundraising.

Luckily for us, law firm Cooley LLP released its most recent quarterly report, which provides some answers to those questions.

As one of the leading firms used by startups and venture firms, Cooley has access to a trove of data that isn’t usually made public. This quarter, the firm aggregated data from 143 deals representing more than $1.7 billion in invested capital, providing a view into the health of the market.

The Cooley report is interesting because it gives us a peek at how funding rounds are being structured—both in terms of valuation, as well as additional provisions (liquidation preferences, anti-dilution protections, etc.) that are being used in those deals.

While Cooley provides data for tech, life sciences, and other industries, we limited our view to financings just in the technology sector.

Clearly, there are fewer so-called unicorns being created than there were a year ago, but how have market pressures affected the value of company’s fundraising as a whole? We take a look at the impact across multiple stages, as well as how changing conditions have resulted in fewer up rounds in recent quarters.

First, what’s happening with valuations. While there has been lots of anecdotal evidence pointing to a less frothy financing market overall, Cooley confirms that companies are indeed being valued lower than they were a year ago. At almost every stage, median pre-money valuations are off their 2015 highs.

The exception is in the Series D or later section, where Cooley notes a small number of very large deals led the median pre-money valuation to jump to $718 million—the highest level the firm has seen since it began collecting and sharing this data.

While valuations are largely lower than a year ago, it’s worth noting they are still on the high end, relative to historical data going back to 2008. Prices in the Series A, B, and C stages may have stabilized, but are still well above levels from the early part of this decade.

Flat, Down, Or Out

In addition to lower valuations, there has also been an uptick in the coverage of flat or even down rounds. A recent example of this is Postmates, which just closed an additional $140 million in funding, but did so at the same valuation as its last round. That led Postmates CEO Bastian Lehmann to tell Fortune that “flat is the new up” when talking about his company’s most recent financing.

While the Cooley data confirms there are more flat rounds happening than in recent quarters, the overall picture isn’t quite as dire as Lehmann and others have made things out to be. 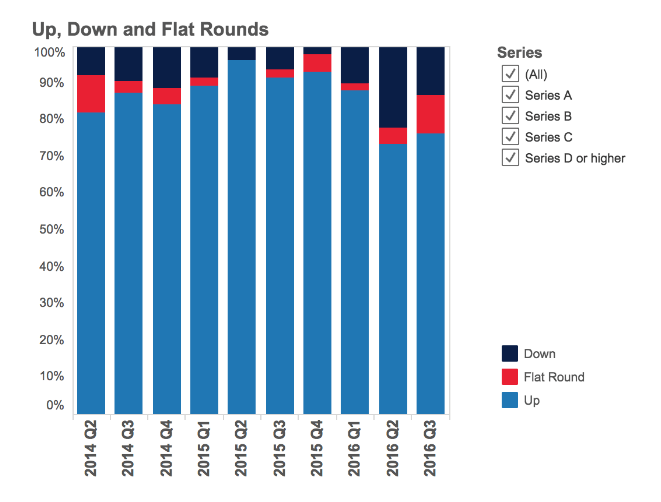 In the previous two quarters, Cooley has seen more down and flat rounds than over the previous two years, with about 25 percent of new financings coming in at the same valuation or lower than previous rounds across all stages.

But if you dig in deeper, you’ll see that companies raising their Series C rounds are facing the most difficult time topping their most recent valuation. Nearly half of all Series C financings were flat or down, according to the Cooley data. 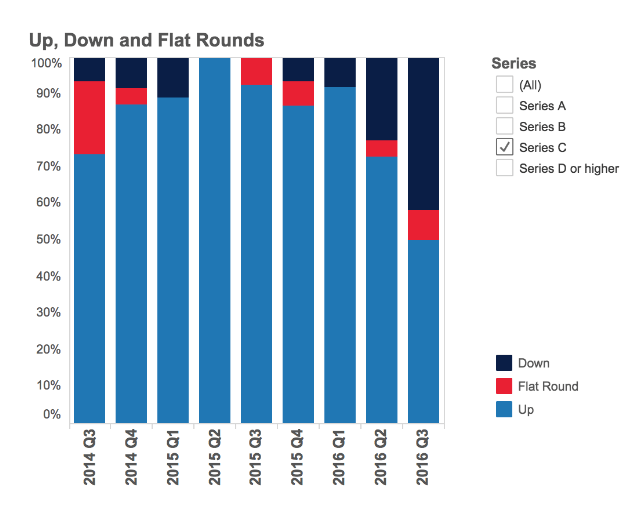 Compare that to the Series B stage, where fewer than 20 percent of companies are raising at a flat or down valuation, or even the Series D or above, where that number is around 30 percent.

As Brad Feld said in an interview reflecting on the data, much of this is driven by the difficulty in raising capital during the “tweener” Series B and C stages.

Due to an increase in the number of earlier-stage investors, capital at the Series A stage is still relatively easy to get. And by the time most companies get to Series D or later, they have proven their growth trajectory. But there’s still a gap in the middle stages of the funding market.

Startups are also being affected by a changing market. After all, it should stand to reason that startups who raised 12 to 18 months ago, when money was free-flowing and valuations were high, would have a more difficult time topping or even matching those numbers as the market has come down to earth.

The vitality of the startup market is partially predicated on its ability to get lost in its own hype. After all, you have to be slightly nuts to look at the global market for goods and services, decide that it’s broken, and that only you can fix it with a new piece of tech.

When you can’t pivot your valuation, go for the lateral pass.

So to see high-growth startup valuations gyrate more than the broader business cycle doesn’t surprise. At the same time, it’s worth noting that the correction in startup valuations isn’t nearly as severe as many people had anticipated.

There’s still a fair bit of opportunistic capital out there waiting to be raised, even if it won’t come as easily. Unless you are going for your Series C. Then you might be in trouble.