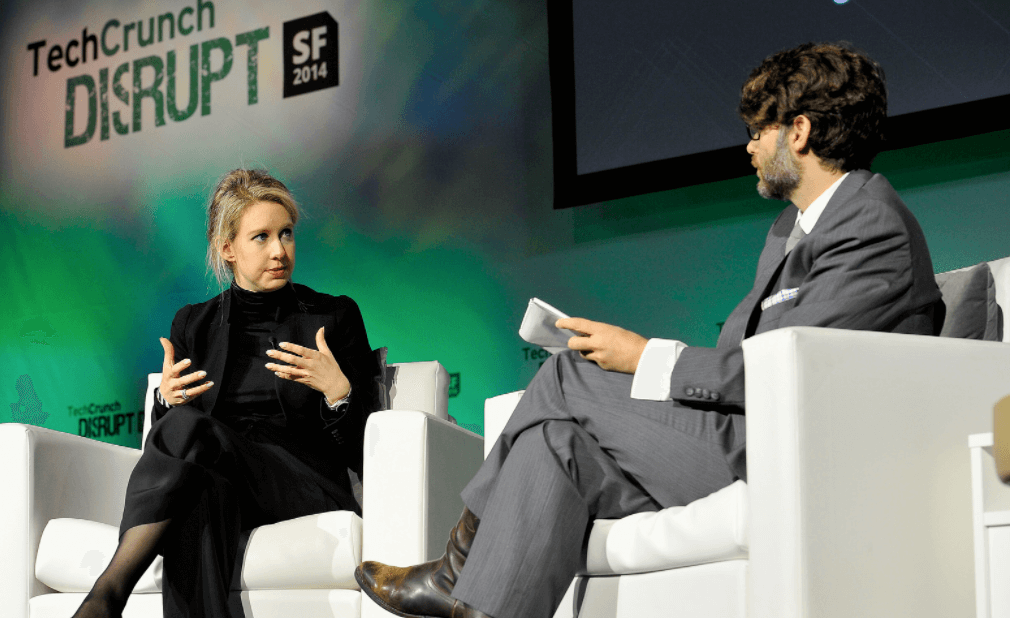 I once drank martinis in London with one of these people. The other is a former billionaire.

Theranos is under fresh legal assault.

The consumer healthtech company, famous for its claimed ability to executes scores of blood tests with a tiny sample, has been under fire from the media since last year. Theranos’s exaggerated claims about its technology came crashing down in the face of investigative reporting.

Since then, the firm’s vaunted relationship with Walgreens is now in a legal proceeding, and some of its prior investors are revolting.

The latest lawsuit—primer here, text here—is an interesting read, providing a good summary of the case, and a compendium of examples of how Theranos spoke about itself.

Component to the lawsuit is a very interesting chart showing the growing value of Theranos in a very short period of time. 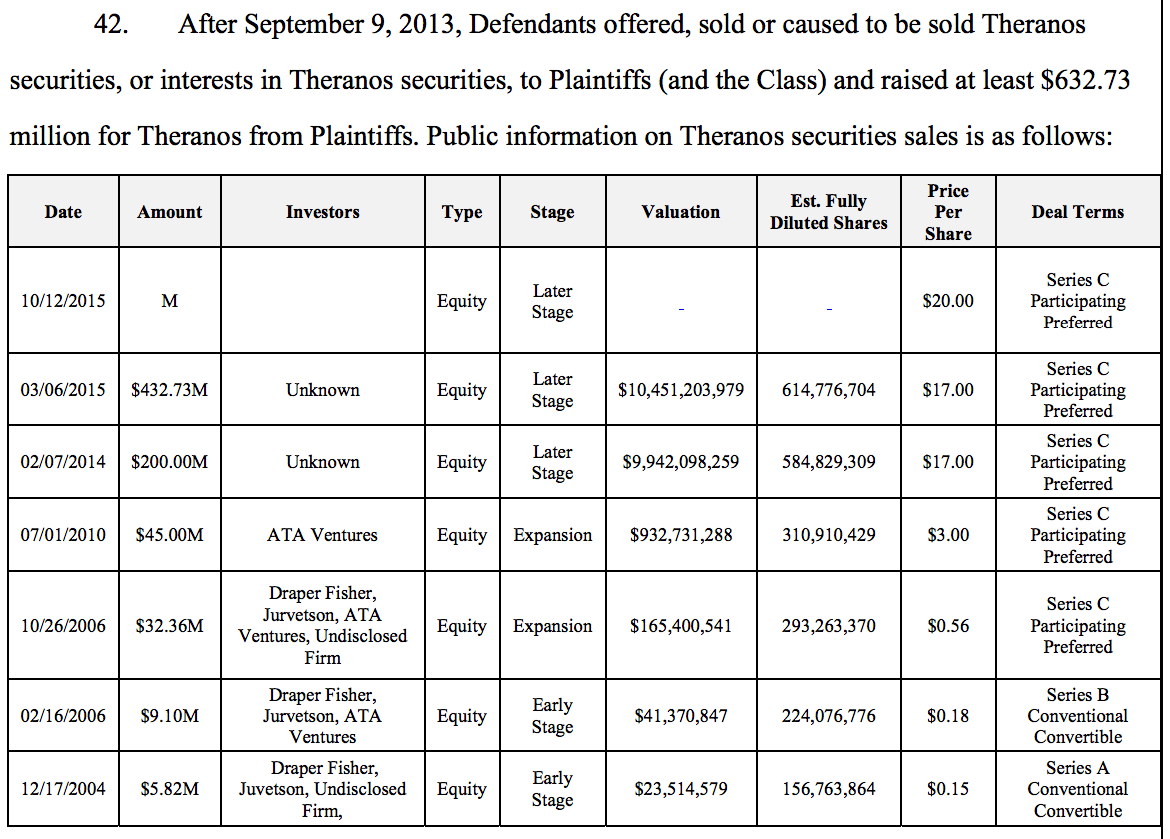 The lawsuit only alleges certain misdeeds inside of a specific time frame. Pardon my legal-education-free reading of the trial, but that appears to be the case. The group makes the point that its investment decisions made during that period were only executed following, what the case alleges, was fraudulent speech at the time.

Regardless, that is a hell of a chart.

There Was An Attempt

If that is the up, the case also has a good summary of the down (highlight added by Mattermark): 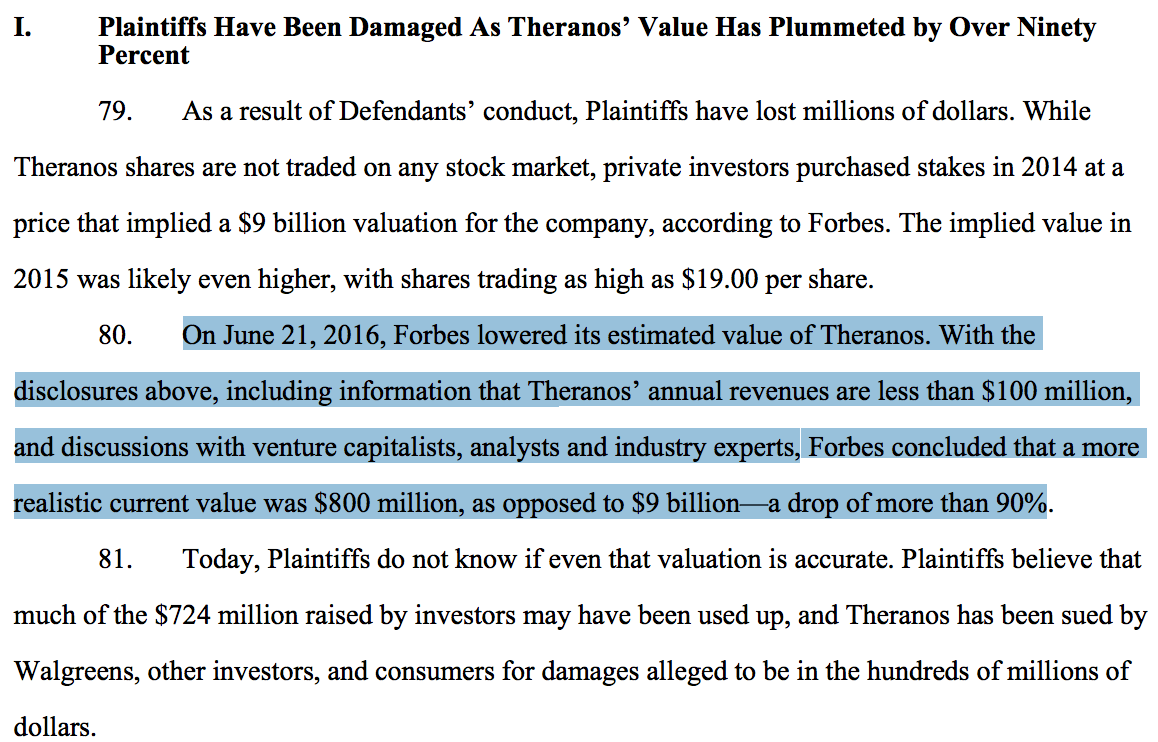 You and I cannot ascertain guilt here, or even properly vet who will win the various suits pending against Theranos.

But hot damn, what a case. I was told once market peaks are often coupled to rising quantities of fraud. The above, the implosion of Rothenberg Ventures, and other things littering the path of 2016, such as Zenefits’ epic meltdown, might fit that narrative.