tl;dr: If your startup is growing quickly and now needs PR, here are the red flags that you have to look out for.

Editor’s note: This is our second post concerning the public relations industry written by Ed Zitron, who works in the space. As before he has notes for younger founders and early stage companies on how to avoid wasting money, and maximize the impact of their marketing dollars. 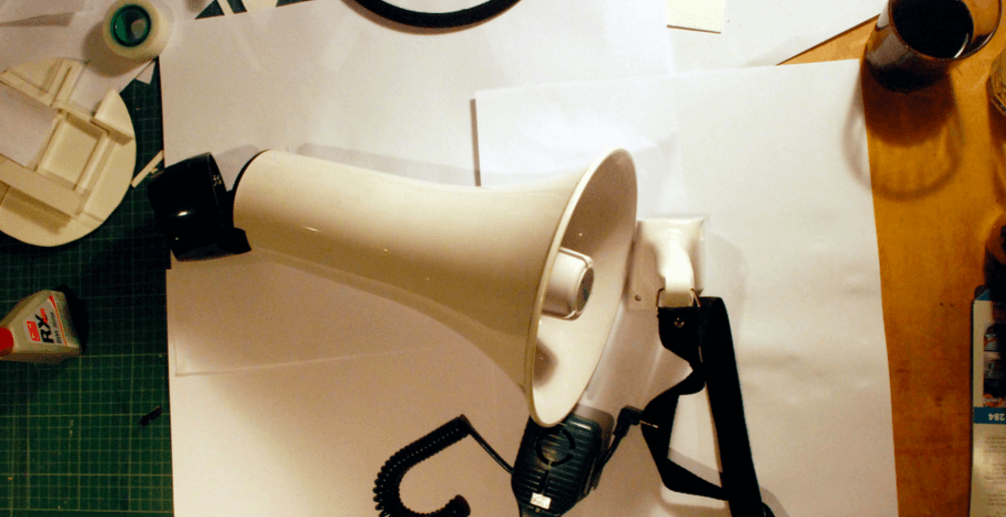 PR firms have a routine. They wheel out their best-sounding people to sell you on a dream. The dream of endless press, dominance in your industry, or making you a star. And they want you to do your damnedest to not think about whether you actually need them, but that you need to hire them right now. Quickly, before they get away.

It’s not true. Like that performance, the core red flags of PR firms can be distilled to a fusion of greed and incompetence.

If you are looking to hire your first firm, you are about to spend a lot of money. Let’s make sure you’re working with someone who didn’t crawl out of the gutter to steal it.

To guard your corporate credit card, here’s a host of warning signs that should send you running the other direction when a firm pitches you.

You Do An RFP

I see a lot of smart, interesting people send RFPs (request for proposal) out to prospective PR agencies, despite that being the easiest way to attract the worst possible PR agency. The average RFP, of course, contains a rundown of your company, details of what you want, outlets you covet, and notes regarding timing and budget.

Why is this a problem?

You’re advertising to everyone that you want to spend money, instead of seeking a partner

Reporters hate form pitches, the machined spam of PR agencies sending the same email to a host of people, hoping that something sticks. The RFP is the form pitch of seeking a PR firm. It’s a scatter shot with no personalization, set up in a series of tick-boxes.

You know who’s really good at filling in a bunch of documentation to convince you of something? Bad PR firms. They love it. They live for documents that substantiate their existence. They will send you the most tick-boxingest proposal. In fact, this leads to a great point: If you ask for a long proposal and get one back very quickly in an organized fashion, question whether it’s personalized for you or had any thought go into it.

It’s one thing to get a quick, thoughtful reply quickly — they care that much! Otherwise it’s like getting your takeout meal just a bit too quickly. Like it was microwaved.

Your Initial Conversation Is Very General

Say you’re a startup that’s looking for help with someone who has pitched apps before. You ask what apps they have represented, and they say, “oh, we pitched the ScoobyDooSalary app and the VivaBrunchAARP app. We got some results in Times York Today, and Today York Times.”

Here’s the red flag: When you try and have a conversation that’s more than asking a firm if they did their jobs in a non-specific manner, you begin to lose details. You need to know who they pitched, and why their approached worked.

Also, do they talk about your specific industry? Domain expertise is core to a good pitch, and a good relationship.

A simple conversation of “what do you do,” and “we can do this” is fine in the sense that it gets the job done. But if it’s a generic, borderline scripted discussion, and they describe their work in generalities, you may be in trouble.

Why Is This A Problem?

You need the firm to understand your product, your problem, and give a very definitive reason for what they are going to do with your money. How much domain expertise is enough? It’s hard to describe precisely, but I like to peg it as something approaching what you’d hope a reporter covering your story would have; someone who can see the nuances of your product and the story.

You Can’t Quite Lock Down Who Will Work For You

I’ve heard this story. Heck, I’ve been there. You sit down with the CEO or someone high up at the firm, maybe with two or three or four other people. They’re all talking, with the CEO or Director of the PR firm taking point.

If you like what you’re hearing — heck, even if you don’t — you should ask clearly: Who will work on my account, and what will they be doing? What is their role? Who are they? Can I talk to them one-on-one? You may feel this is mean, possibly aggressive, but it absolutely isn’t. You’re about to spend $10,000-$25,000 a month. You’re owed this, and you absolutely need to know who will represent your brand.

Why Is This A Problem?

PR firms’ bait and switch tactics are notorious. You’ll hire a firm because you liked that guy you talked to. But the real work is being done by a “really bright” person who you barely spoke with, hardly understands your company, and you don’t know. If the person you connected with is simply there to overlook a bunch of other people, they are not worth paying for.

A PR firm that is willing to dispatch inexperienced staff to your account is a firm that maintains a status quo of overloading younglings to make themselves more money. Imagine if you hired an engineering team, respected the stuff the person you talked to had accomplished, but ended up seeing your work outsourced? This is the equivalent. Firms are infamous for giving you someone who’s very nice —  and thus much harder to be mad at — that isn’t who you were sold on, leaving you with a big bill for something that you didn’t intend to purchase. Like a laptop filled with angry bugs.

[Editor’s note: Is this why Dell went private?]

They Won’t Give A Straight Answer About Form Pitching

Ask if they form pitch, mail merge or blast reporters. Bluntly. If they answer with “we send out customized pitches,” say “that’s not what I asked. Do you blast reporters with messages, or do you send them one at a time?” They will potentially bullshit you, looking for a way out of the question. Make note if they won’t give you a firm “no.”

Many, many firms making hundreds of millions of dollars do this. It’s bad, ineffective, and reporters hate it.

They Can’t Say Anything Negative

A person should be able to say what issues they may face representing you. Not necessarily that something’s wrong, but any difficulties you may face or turbulence they see up front. If they put lipstick on a pig, run. If you say “what do you see as the potential problems with this?” And they say “oh, really not much,” that’s probably nonsense. If they then lead into an explanation of obstacles that they can overcome (and can say how), that’s good.

They Want A 3 to 6 Month Guaranteed Contract

For PR firms, this is some of the easiest money that someone with no ethics and bills to pay can make. Red alert: “Oh, yes, we must have a commitment of 3 months, as that is simply how long it takes to PR.”

It’s probably a month or two of strategy, then a launch. They need 4 weeks to just exist. Then they need 4 more to get limbered up. Month 3? Oh man, that’s when the good stuff happens.

You shouldn’t promise them a bunch of cash for no work. Instead, establish exactly what they will do with those months, in writing, and make sure it’s in the contract.

If anyone ever says to you “I can get you the Wall Street Journal or New York Times” in the first three months, you should immediately respond with “tell me how that will work.” Also you should be rolling your eyes so hard your eyes turn into dollar signs and money comes out of your mouth like a slot machine.

Why? Unless you are a new product that’s applicable to a whole ton of people, that’s perhaps raised $50 million or more, you are not getting those press clippings. In the same vein, if the firm mentions the Today Show as a thing, you should probably hang up as it’s so unlikely.

Why? Because unless you are a massive outlier, you aren’t simply going to turn up in these places. Farhad Manjoo of the New York Times, for example, does not cover many products. If the firm says they’re sure they can do something with him, you should be skeptical. This is very different from “I think it has a shot with,” which is an honest guess. If you’re an enterprise SaaS product, you are likely not going to see the vast press that a Pebble Watch, or a Samsung phone will see. Be realistic.

If you have questions, ask them. If you have a launch, tell them, hop on the phone, chat. Chat once a week to catch up. Maybe put them in a Slack where you can ping them.

Does your PR firm need to be in your office once or twice a week? Do they need to talk for an entire hour each time? Is the report any longer than 300 words? Then they’re hiding something like my cat does in the cat litter. I know it’s there, kitty, I’m gonna find it.

While Shakespeare said that brevity was the soul of wit, in the case of PR it’s the anti-soul of shit. There’re always exceptions, but if someone needs to send you an update in a funky PDF, they’re hiding something. Probably that there’s not much going on.

And, worse still, if you have to talk to them constantly, it probably means you’re not getting what you want. If they’re doing make-work to keep you paying, that’s worrying.

Spend money, but don’t waste it. If you feel like you are being had, you probably are. If you are promised the VP and get the associate, the PR firm thinks you are the sucker at the table.

Don’t be the sucker at the table.