Let’s face it, as an entrepreneur you’re going to fail and fail a lot. You’ll have assumptions, you’ll spend money (sometimes mountains of it), you’ll recruit incredible people to work with you and unfortunately you may waste their time. You’ll even build full scale products that end up sitting on the proverbial shelf because nobody cared like you thought they would. In the end though (is there ever really an end?!) you’ll learn tremendous lessons, you’ll experience things most people never will, you’ll grow as a person, a leader, a partner, a mentor and you’ll be able to bring those lessons with you into your next business or project.

If you’re an entrepreneur, an aspiring entrepreneur, or even an intrapreneur, than this post is for you. This is my attempt at commiserating over failure with you and to exemplify some of the lessons my teams and I have learned together along the way while failing our way to success. 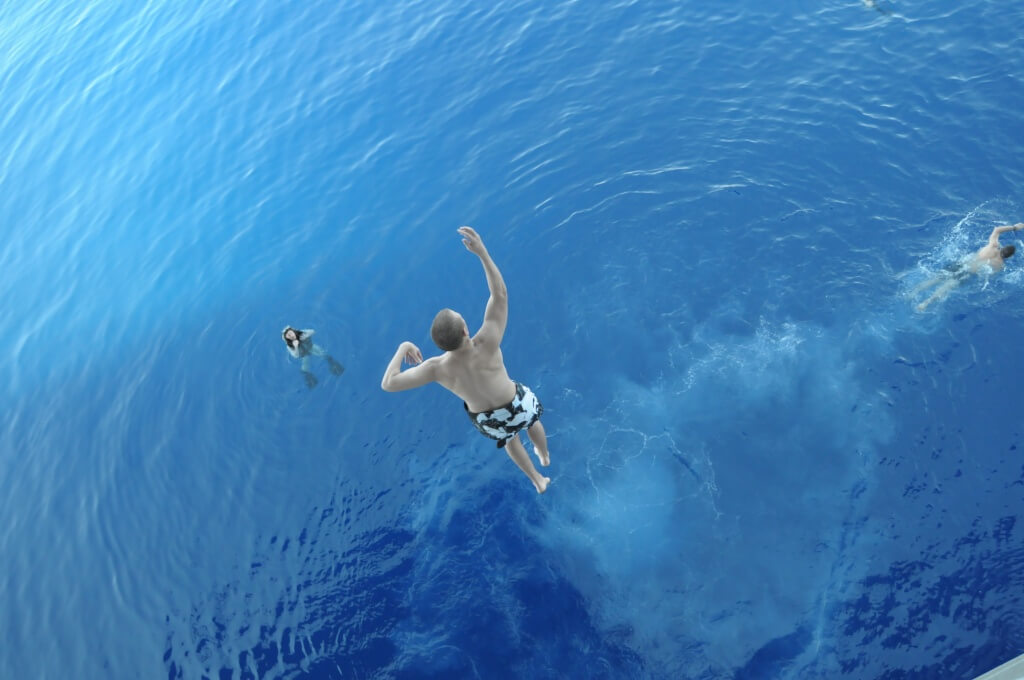 It’s happening! You’ve got a game changing idea, a massive market, and a great team. You’ve all sat around the table, possibly over pizza and beers, and you’ve decided that you’re going to do this damn thing! Before this day, you’ve noticed a problem you think you can solve, you’ve done a little market research, noticed a gap you can fill and developed an idea for a product or service that can exploit this opening. It is yours for the taking and you’re about to jump in. The water is warm.

Now what? Do you make a 10 slide deck following Guy Kawasaki’s best deck examples (no font smaller than 30!) and go raise some seed money so that you can all quit our jobs and build a prototype or possibly even an MVP and then go raise millions of dollars from the most well known VC’s because you’re the next unicorn?! Probably not… seriously… probably not.

Right now is the time to find a way to pull the team together, pool whatever resources you can manage to pull together and find a way to validate your idea to the best of your ability. That might mean building an MVP, launching it, hopefully getting some traction. That might mean calling executives at target companies that you think you want to sell to and getting as much feedback as you can about your concepts. That definitely means you and your co-founder will be staying up longer than is healthy for the average human to bang together your first iteration of the product and giving it away to a handful of people to try and break the thing. The ultimate goal is get something to market and see if you can find product market fit AND FAST!

Time is one of the most crucial elements for a startup

As a startup, you don’t have time to f%&* around. Time is not your friend that you want to hang out and shoot the breeze with. Time is a major challenge at the beginning because every hour of every day is expensive when you’re running a startup. Every day you’ve not made it to market, you’re burning cash, favors, or you’re burning out and so is your team. This is a major point of failure for so many companies. One way to mitigate this issue is to set clear goals. Make decisions for the product that solve the core problems first. Give yourself a timeline to get the first part done. Define what success looks like from the beginning and aim at that throughout the build cycle to get to market… and make sure you communicate those goals and core metrics effectively and regularly with your team. Measure yourself against them daily.

One of our recent failures

At the beginning of this year, one of my counterparts and I set out on a path to build a new company called Tayamo that was intended to be a fan engagement platform for YouTube celebrities. Prior to starting this new venture, I had built and exited a tech company after 7 years. I felt like I was equipped with the know how to move fast and avoid major mistakes I had made previously. Needless to say, we still made some mistakes, probably the biggest one. Product market fit just wasn’t there.

My partner and I lived with a YouTube celeb and felt like we knew their world inside and out. We had a product idea that we thought would help them connect with their biggest fans in a more meaningful way while earning them a significant income. So here is what happened when we took the plunge:

January – Start the company. File the LLC paperwork. Pull together the initial team of 5. Build a visual prototype using InVision. Take a handful of meetings with YouTube celebs that we had access to and show them the prototype to get their early feedback.

February – March Begin product development. Begin reaching out to YouTubers to get them pre-signed up to use the platform. Start building an advisory board of some top tier talent from the MCN / YouTube world. Start building out the public facing brand and website.

May – Struggle for traction. YouTubers from private beta stop using it. Business development efforts aren’t proving fruitful. After connecting with over 1,000 YouTubers we’ve got about 10 using the damn thing. Something isn’t right and we’re all working to figure out what that thing is.

June – After loads of feedback it turns out that the problem we thought we were solving wasn’t a big problem for the YouTubers. Their biggest problems were centered on time and managing the different channels they have to maintain and continue developing their audience. Money wasn’t a major concern because they are making so much of it. Maintaining relationships with fans wasn’t something worth committing the time to do. What we set out with a vision to fix, or our core problem statement was simply just wrong. Time to stop or pivot.

We learned how to fail fast, fail cheap and validate or invalidate our concept. This time around, it happened to be that we failed to solve a real problem. All in all, we spent six months, built an incredible team, built an incredible advisory board, took an MVP to market and learned that it simply just wasn’t going to work as it currently stands. We did that all in 6 months for about a total spend of $5,000. That is a pretty minimal investment in both time and money to get to a no-go.

We also learned that there are four major questions we need to answer to really validate an idea. Those four questions are:

These are the questions we’ll keep top of mind as we work on products in the future and can be starting points to help you validate your ideas going forward.

This is a guest post by Christopher Brereton, co-founder of Tayamo.