Developer tools are hot, and Portland-based Factor.io is the latest to raise funding on a mission help developers streamline their processes, in this case by automating the deployment of code. The company is cofounded by Maciej Skierkowksi, formerly AppFog’s Director of Product, and Alex Parkinson who was formerly Engineering Manager at AppFog.

AppFog was acquired by CenturyLink just two weeks ago. 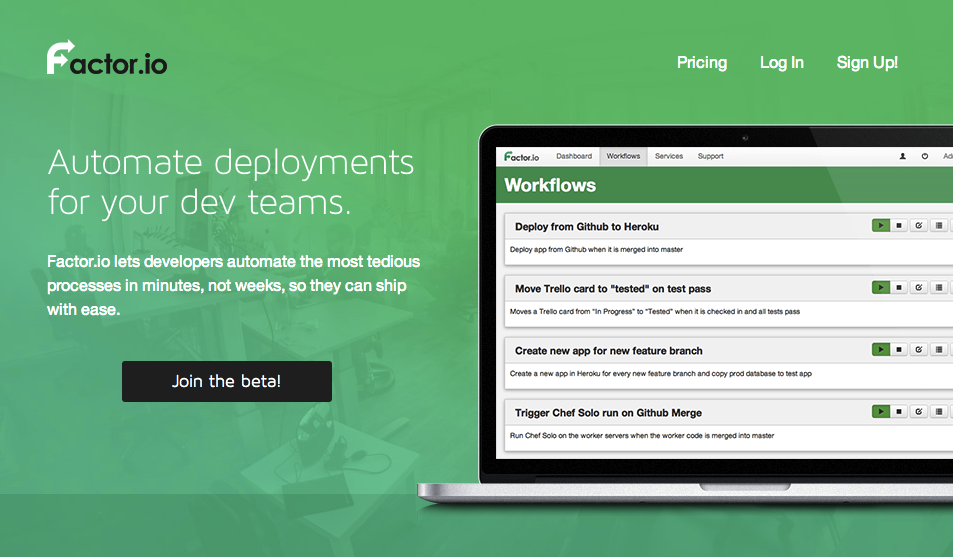 Not only have they closed on some capital to keep pushing things forward in the name of developer productivity, they also won the People’s Choice Award at the recent GigaOm Structure conference last week.  They were also part of the Microsoft Accelerator for Windows Azure, powered by TechStars (see the class of 2013).

Factor.io is a service which enables you to connect best-of-breed tools you already use in your development workflow with a simple if‑this‑then‑that interface.