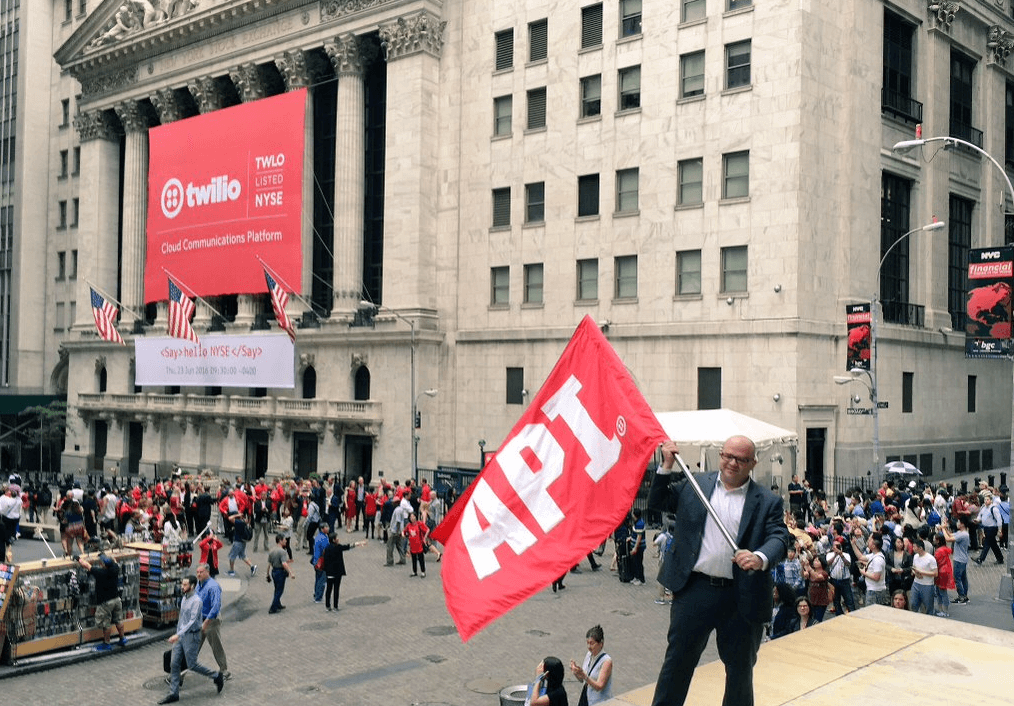 Twilio opened at $23.99 today, 60 percent over its above-range $15 per-share price set following its roadshow. The telecom API provider raised $150 million selling 10 million shares, not including the potential for an underwriter exercise on 1.5 million more.

The company’s IPO price set its value around $200 million higher than its final private valuation. At its first trade value, using the share count listed in its S-1 filing sans the underwriter option, the company is worth almost exactly $2 billion, which, coincidentally, is almost a perfect doubling of its final private valuation of $1.03 billion.

There will be a mess of hot takes today: some celebration, vivid gripes about Twilio ‘leaving money on the table,’ and discussions about whether or not the IPO window is open. Or even if there is an IPO window. But we can all agree that a few neat things just happened that are worth noting:

No IPO is a perfect predictor for other companies’ offerings, but at a minimum Twilio has shown that you can IPO today. That fact should end a few lingering arguments concerning the efficacy of a public offering for the current unicorn crop.

Let’s keep a few ratios in mind as the day rolls along. For the sake of clarity, we’ll use Twilio’s first-trade price and roughly commensurate $2 billion valuation sans underwriter option for our calculations.

Things are looking pretty good for the company.

For your personal entertainment, the folks over at EquityZen sent over a set of data via Twitter, including this chart:

A final caveat on Twilio ‘leaving money on the table,’ as some will argue following the company’s large first day pop. Box’s CEO still has the best take on the matter:

First day performance gets you exactly as far as the first day. What happens over the next few weeks, and into the company’s first earnings cycle will be even more interesting. Now, back to work with you.