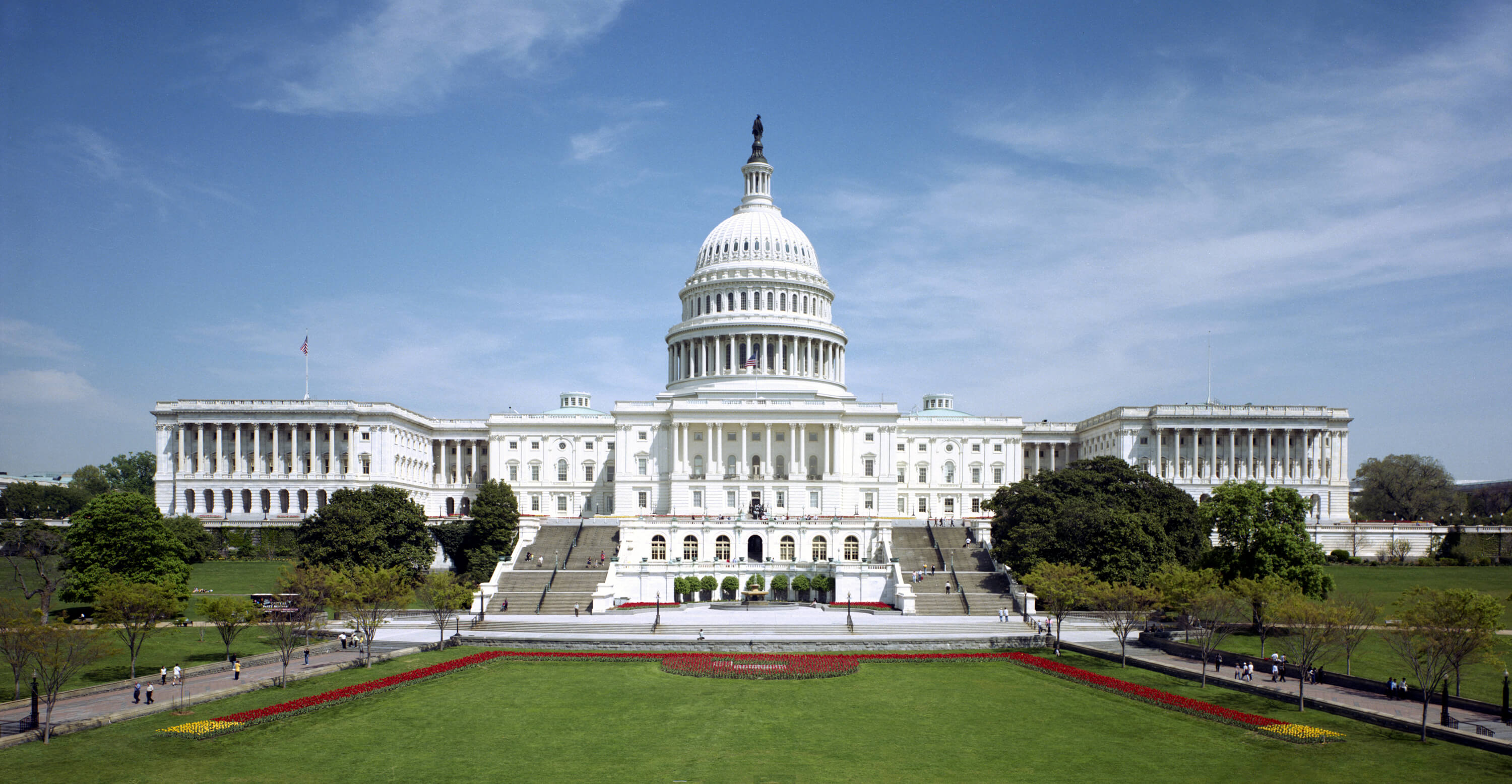 Remember the documentary Startup.com? It’s a canonical film about startup culture at the peak of the dotcom bubble. The company featured in the film, govWorks, sought to build a service that would allow people to pay for government services and parking tickets online.

At the time, it was a sufficiently revolutionary concept to net its founders some $60 million in venture capital funding to buy servers, hire lots of people, and eventually pivot into a general web portal for government information and services. It’s a timeless cautionary tale about scope creep, cofounder issues, and runaway spending. It’s a time capsule that captures the state of business and technology at the time. I mean, they actually had to buy servers. There wasn’t a cloud to compute through back then.

It’s also illustrative of entrepreneurs’ drive to improve governments, or at least the interface between citizens and governments, through technology.

Today, we’re taking a closer look at civic tech. Private initiatives, both for-profit and nonprofit, are trying to make governments work better, and others are trying to address big social problems through technology. However, as we’ll see, there are some significant barriers to doing so efficiently.

What is Civic Tech?

So what exactly is “civic tech”? It’s tempting to think that any sufficiently large company is a kind of civic tech platform. But that’s not the case.

Facebook and Twitter may be public fora, and they’ve both been used to facilitate political action around the world. But most social networks weren’t created for the express purpose of political speech or action. And although Uber is now the de facto public transit option in Altamonte Springs, Florida, it is important to remember that the company’s first target was the private taxi industry, not city busses.

“We believe that civic tech refers to the platforms, products, and services that facilitate civic engagement,” said Megan Christenson, who directs the Points of Light Civic Accelerator program.

So it might be best to think of civic tech as the interaction and service layers of society. They are products, platforms, and services specifically designed to reduce the friction between citizens and governments, address social problems, and encourage people to be more involved in their communities.

Civic Tech Is Everywhere and Touches Many Industries

We looked at a set of over 380 companies and organizations that are all connected to the “Government” industry tag in Mattermark’s database, which we’ll use as a rough proxy for “civic tech.” To draw some conclusions about the state of civic tech today, we only looked at organizations that had founding dates between 2000 and 2016. Using this dataset, let’s take a look at the distribution of civic tech companies by geography and industry. 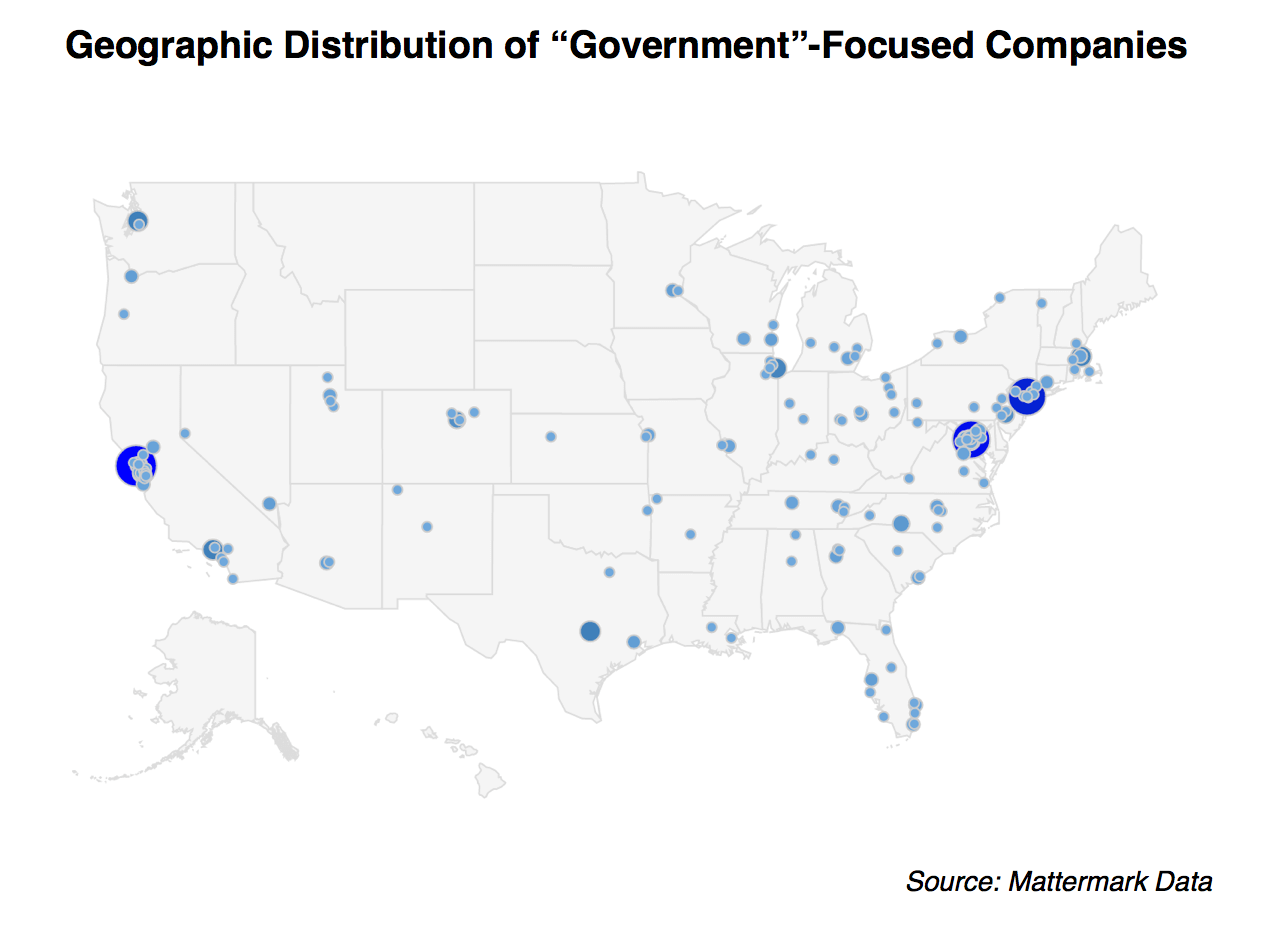 San Francisco and New York are major tech hubs, and Washington DC is the capital, so it’s no surprise that most government-oriented tech companies are clustered around those locales.

Civic tech initiatives address a surprisingly diverse range of industries, ranging from energy and payments to agriculture and telecommunications. Here are the top ten industries associated with government and civic tech in our dataset. 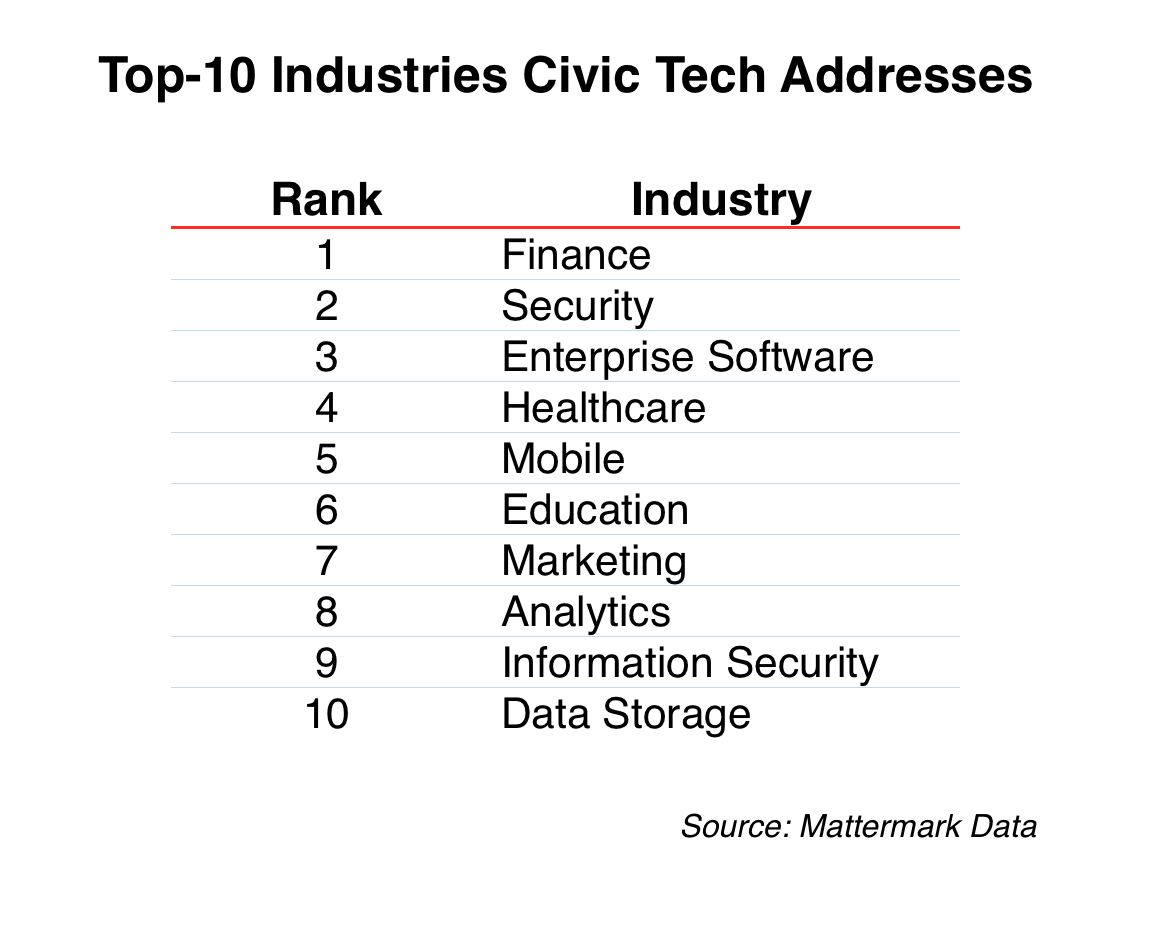 Civic tech initiatives often address big, seemingly intractable social problems. But Megan Christenson was quick to point out that civic tech has “to start by solving for a pain point on the consumer side.”

Take BallotReady as an example. The platform helps voters research and compare candidates on the issues that matter most to them.

“People tend to have a good idea of who they’re going to vote for in the general election,”said the BallotReady’s founder and CEO Alex Niemczewski. “But for most people, identifying the right candidate for them in midterm elections and down-ballot races is more of a challenge.”

Although BallotReady is well-positioned to tackle the broader social problem of political disengagement, particularly among young people, Niemczewski started the company because she wanted to learn more about the candidates she’d be voting for in the 2014 midterm elections. What started as a two-person team tracking one person’s ballot has grown, in two years, to track 22,000 down-ballot candidates in 25 states with backing from the University of Chicago and several other groups.

But BallotReady faces one of the most prevalent challenges of building technology for governments and civic institutions: poor technical infrastructure on the government side. In order to provide the correct information to users, BallotReady needs to know the boundaries of various electoral districts. Obtaining that data isn’t as simple as querying an API because one does not exist.

There are local election boards, many of which are very behind the technical curve. Niemczewski discovered that 30% of these boards don’t have websites. Her team had to buy a fax machine because that was the only way to get the data her company needed from some local boards.

“One time, we had to physically send someone to an election board office so they could take pictures of paper maps,” Niemczewski told Mattermark.

The good news for companies like BallotReady is that federal and state governments are putting more resources into revamping tech infrastructure. The Obama administration was the first to bring on a CTO for the country. It also launched the United States Digital Service, an office within the federal government that connects talented software engineers with public servants to build out new systems.

Companies trying to work with governments and civic organizations face many of the same challenges they did in the eighties and nineties, but with time, it’s hoped that these new federal innovation initiatives continue with the next administration. Asked about the rate of change her company would like to see from governments, Niemczewski observed: “Governments are pulled in a lot of different directions by a lot of different people. Unlike a startup, they’re not able to pivot on a dime and iterate.”

We can give governments the benefit of the doubt for now, but it has an expiration date.