tl;dr: Journalist and editor Owen Thomas has a must-read take on what is going on in the public and private markets. He’s here to talk you down from the ledge.

Is the bubble bursting? Are we even in a bubble? What’s going on with the stock market? Is the Era of Bullshit—the age when investors stop placing bets based on questionable, fake, or unrevealed financial metrics—over?

I have a hard time getting worked up over these questions, honestly. I understand that they matter in the same way that, say, people’s opinions about Beyoncé’s “Formation” matter: People talk about this stuff, and you want to seem smart about it.

Here’s what I think: Stocks go up and down. 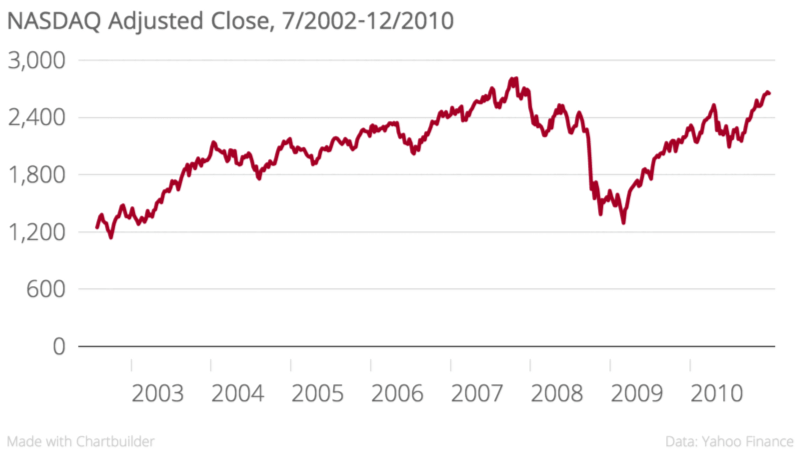 Stocks have always gone up and down. All of this has happened before, and all this will happen again.

Benjamin Graham, who is a good person to know if you want to seem smart about the stock market, put it well:

“In the short run, the market is a voting machine but in the long run, it is a weighing machine.”

Right now, investors are voting and they’re mostly saying “none of the above.” LinkedIn, Yelp, and Twitter are all getting hammered. Again. Twitter could run for four centuries on the cash it has. No matter. The stock market isn’t weighing Twitter. It’s voting it off the island.

Meanwhile, there are still more unicorns being birthed in the sparkly grove of preferred-stock valuations: 229 at last count, collectively “worth” $1.3 trillion.

(Notably, many of the unicorns now earning their billion-dollar horns are being funded overseas, where private-market investors haven’t heard as much Silicon Valley bubble talk—or are telling their limited partners that their startups are different.) 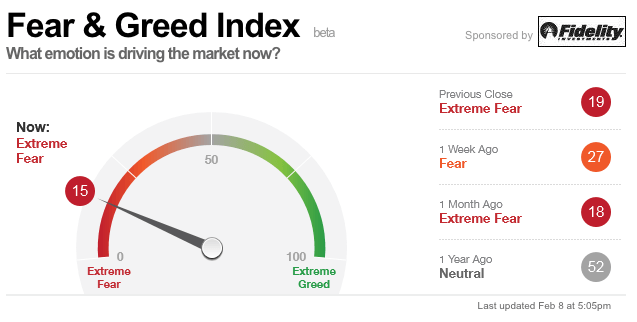 It’s an old truism that the stock markets are driven by fear and greed—so much so that CNNMoney has a Fear & Greed Index. (The index’s current reading: Extreme Fear.)

Fear and greed are really two different species of fear: There’s Fear Of Missing Out, or FOMO, and Fear Of Getting Screwed, or FOGS.

In 2013, Keith Rabois of Khosla Ventures pointed out to me that tech companies had created more than a trillion dollars of market value over the past decade.

Two-thirds of that trillion dollars came from the run-up in Apple and Google shares. The rest came primarily from Facebook, LinkedIn, eBay, Yandex, and Baidu. Everything else? Pretty much a rounding error.

Most startups fail. A handful end up being worth anything. Andy Rachleff, the executive chairman of Wealthfront, whom Rabois cites as an inspiration for his analysis, found that about 15 companies make it to $100 million in revenues every year, and those companies account for 97 percent of the net market cap created in the stock market every year. If you’re not invested in that handful, most venture capitalists now believe based on those numbers, you’re not going to make any money.

That’s why Morgan Stanley can sell shares in Uber, no financials necessary. That’s why series A rounds have continued to increase in size through 2015, even as B and C rounds become tougher to raise.

So FOMO rules in the private markets. Even if venture capitalists get a little pickier, they’re still squinting at metrics from brand-new ventures that have barely coalesced from the drops of sweat pooling on a founder’s forehead. Y Combinator, perhaps the best-known startup program, created a cult around weekly growth metrics so extreme that its new president, Sam Altman, had to remind people that growth only matters after you create a product people love.

How do you weigh love? How do you vote on it? How do you even recognize it when it’s standing in front of you? The answer is you don’t. You throw yourself at the nearest thing that looks like love and hope it all works out. Meanwhile, in the public markets, investors are still ruled by FOGS. FOGS and FOMO drive very different behaviors.

FOMO is a fundamentally optimistic thought: What if this is valuable, and I don’t get any? This makes sense when you’re placing long-shot bets like a venture capitalist does, and your cost basis in an investment is effectively zero. (Look at what Accel Partners paid for its Facebook shares, or what Sequoia paid for WhatsApp equity, for example.)

FOGS, a fundamentally pessimistic sentiment, rules the public markets now, because investors are putting in real dollars and hoping for returns measured in double-digit percentages, not Xs. Facebook is up about 150% over its IPO price, and that’s very much the exception, not the rule, and you only got that if you had the stomach to hold your shares while they lost nearly half their value over the ensuing year. No one makes tens or hundreds or thousands of times their investment the way they did in the ’90s. (Cisco debuted at a split-adjusted six cents in 1990; it’s still worth hundreds of times what people paid for it then.)

There was a time when FOMO ruled the public stock markets. That was the dotcom bubble of the late ’90s. I remember when a colleague at the Red Herring routinely declared every new tech IPO a “rocket ship.” He might have been unoriginal, but he wasn’t wrong.

What drove tech stocks like Pets.com and TheGlobe up was fear of missing out. And that fear existed because the dotcom bubble wasn’t one big event—it was a series of bursts of enthusiasm that started with Netscape’s IPO in August 1995 and deflated with the broader market in 1996 and 1998. 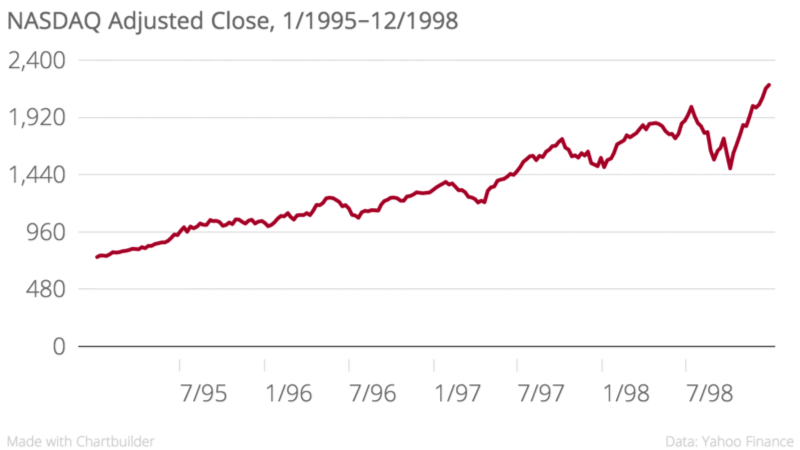 Look at all those little drops. While small compared to the boom that led to the March 2000 Nasdaq peak, they mattered. They hurt. They made people afraid of getting screwed. Then those people watched other people make money. By 1999, investors were so used to seeing corrections and recoveries that they couldn’t contemplate getting screwed. (Same thing happened in the real-estate market a decade later.)

Let’s look at the market conditions that shaped more recent investors’ memories. Put money in tech at the trough, and if you’re patient, you might make some money—only to pretty much lose it all in the Great Recession. Current market conditions are just a reminder of that not-very-long-ago period. No one’s worried about missing out on another slap in the face.

What FOMO and FOGS have in common is that people are squinting at metrics and trying to build some kind of narrative based on the charts. Squorble.cool has 90% week-over-week growth in email-driven activations! Twitter’s monthly active users suck! This means something!

The real story is what Benjamin Graham said: It’s a vote. It’s a popularity contest. People are trying to anticipate what others feel and make money before the next person does.

What’s the right thing to do here? At Wealthfront, Rachleff looked at 50 years of market history and found that it almost always paid to wait out market corrections. That works for an investor in public stocks. It also works out for venture capitalists, who typically have a 10-year time horizon on their investments.

Where it gets hard is if you’re out in the market raising money. The answer there is simple: Make hay while the sun shines. Store it in a barn. Feed it to your horses as needed. Hope the Cylons don’t show up.

Featured Image via Flickr user Andreas Poike under CC BY 2.0. Image has been cropped.