As we head into the final weeks of Q3, we’re taking a look at the pace of dollars invested across the various stages to understand just how big an increase is taking place in 2015 over 2014. Even if all startup investment were to cease for the remainder of the calendar year, capital deployment to startups in the United States has already increase 50% overall from $35.3 Billion through September 3rd last year, to $53 Billion in 2015 as of yesterday. 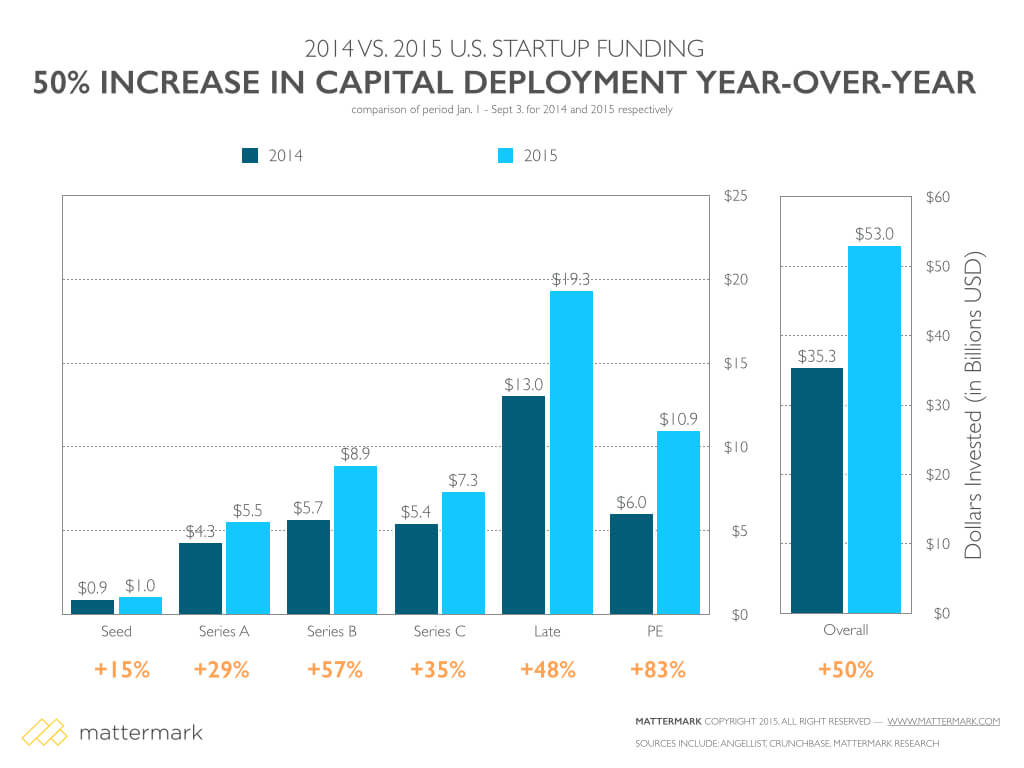 Increases took place across the board, with the biggest percentage-wise jump in private equity but the biggest absolute dollar increase happening in the Late stage (Series D, E, F, G, etc.) Notably, seed funding did not see nearly as dramatic a percentage-wise increase as the other stages and continues to experience a cooling trend we originally reported on back in January.

While dollar amounts have increased significantly, deal volumes have not necessarily followed, indicating a greater concentration of capital into a relatively smaller set of companies. This is the result of a more competitive deal environment, where more capital chases the same (or slightly more) opportunities driving up prices and the amount of capital required to purchase a fund’s ownership requirement in the round.