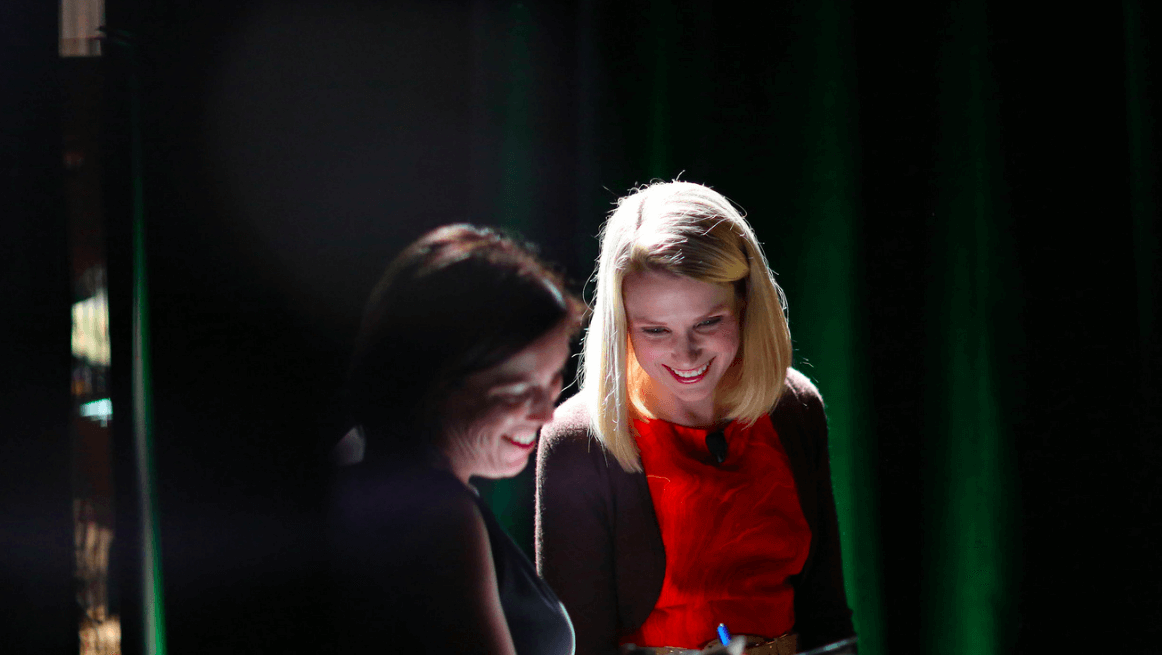 Verizon is likely to purchase “Yahoo’s core business” for around $5 billion according to Recode’s Kara Swisher. Following Verizon’s successful purchase of AOL for $4.4 billion, the company may soon own a pair of giants born two tech booms ago.

The purchases won’t cost Verizon much in aggregate, with the combined $9.4 billion price tag totaling just over four percent of its own value. And after a lengthy bidding process, the coming conclusion of the Yahoo sale saga seems almost boring.

So let’s have some fun, make some jokes, and look backwards. How did we get here? Why are we here?

Given the sheer number of charts that we have published this week it’s time for a tweet or two.

First and best today is Darth doing the important work: 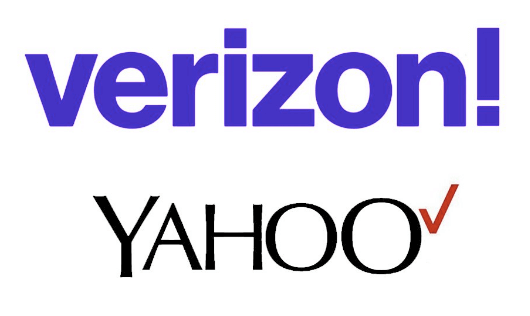 In case you wanted to select which is more attractive, the answer of ‘neither’ will be allowed.

Anthony weighed in with a decent burn: 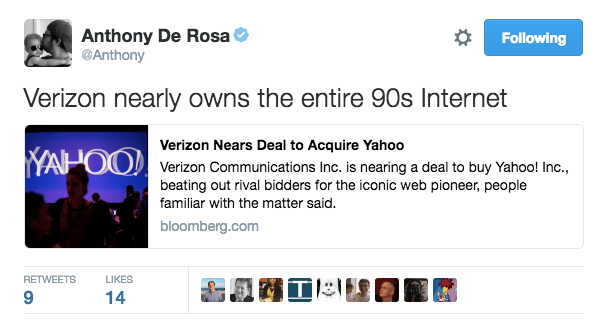 Then again perhaps things are more valuable as the sum of their parts, and not as a whole? 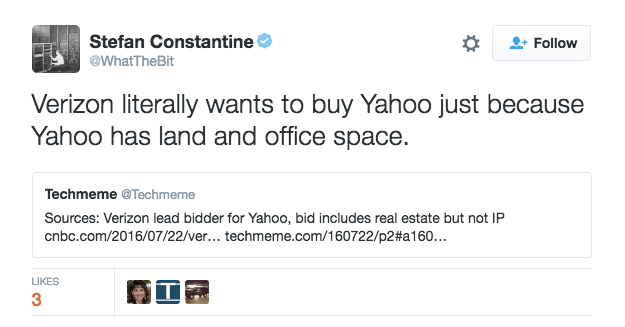 Numbers And Other Warm Things

Do you recall the stories published indicating that Yahoo’s core business was worth nothing, or something close to it? Headlines like this:

Those numbers turned out to be wrong.

Sometimes you get more value when things are grouped, sometimes less — for Yahoo we are seeing an unpacking of value. Take the above paragraph and skew the value of Yahoo’s core business to $5 billion, an $8.5 billion swing. The difference dramatically changes the mathematics.

It could be that the other assets that comprise Yahoo today were previously overvalued by analysts and the like, leaving room open for Yahoo’s core business to have value and keep the aggregate value of Yahoo flat, but that seems unlikely to account for the entire gap.

Also, if Yahoo’s core business was worth no dollars, what would that say about startups with far less revenue, and lower profitability? Here’s Yahoo’s core trailing metrics, provided by Yahoo Finance:

If that is worth nothing, or less than nothing, then we are in for a massive revaluation of startup wealth. Instead of course, Yahoo’s core business is worth several billion dollars. The company’s free cash flow for example, a stricter metric than operating cash flow, totaled $425.6 million in its second quarter. Not bad.

I didn’t expect this was where we would end up when Marissa Mayer became Yahoo’s CEO at first. However, writing this short missive to you this morning caused me to go back and re-read some old stuff. It gets a bit sad. Pieces like this start to seem oddly optimistic when looking backwards.

Regardless, we are near the end of the independence of Yahoo as have known it.

Disclosure: I worked for Verizon for about a half year after it bought AOL, which owned TechCrunch where I wrote at the time. Obviously, I don’t work for Verizon today, and own no individual shares in the company.